Do you remember what Scott said recently about how we gravitate toward farm-themed games? It’s true. We do. Some are more advanced and in-depth, like Agricola, others are single-player puzzle-games and there’s a lot of variety in-between those two. There’s something about the theme that naturally calls to us.

The latest in the list is Farm Rescue, a cooperative memory game from Brain Games Publishing. Farm Rescue is a quick game for ages 4+ and can be played solo or with up to five people. The idea is that there’s a wolf sneaking around, trying to get into the farm. At the same time, the farmer is trying to catch him to keep the farm and animals safe. 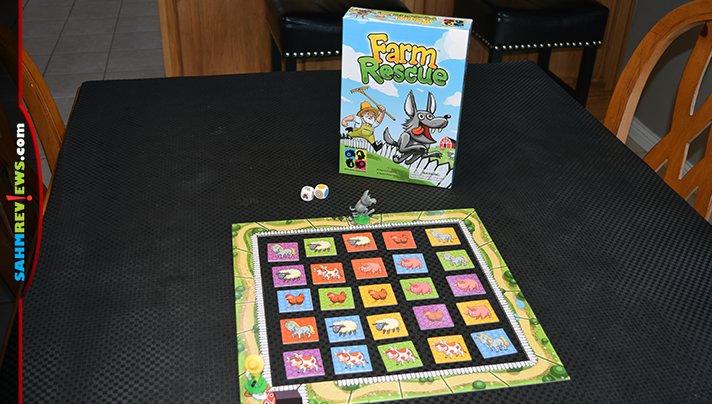 Setting up the game is remarkably simple, as should be the case since it’s targeted at players as young as four. Take the four edge pieces and connect them like a puzzle. I personally, never work a puzzle from the outside, but whatever. I’ll follow their instructions. Second, shuffle all the animal tiles face down and place them face-up into a 5×5 grid in the empty space within the frame of the board. Finally, place the wolf and farmer on their respective spaces on the pathway. 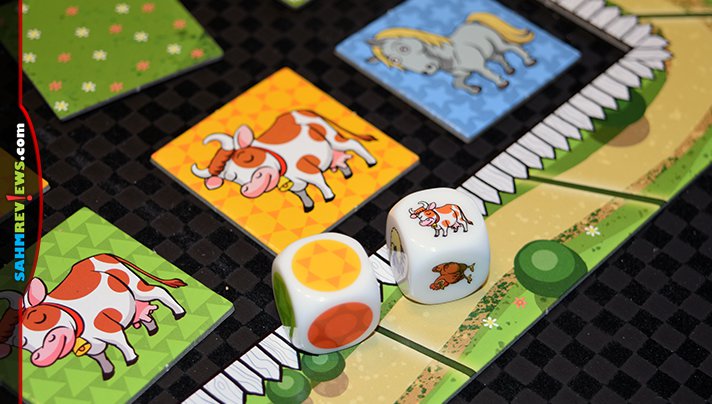 On your turn, roll the dice. Find the animal and color represented by the roll results and flip that animal over. If you happen to roll a barn or a rainbow, those are wild cards and you may select any other item shown on that same die. Make a mental note of what you’re flipping over and where. Farm Rescue, after all, is a memory game which means you’ll need to remember! 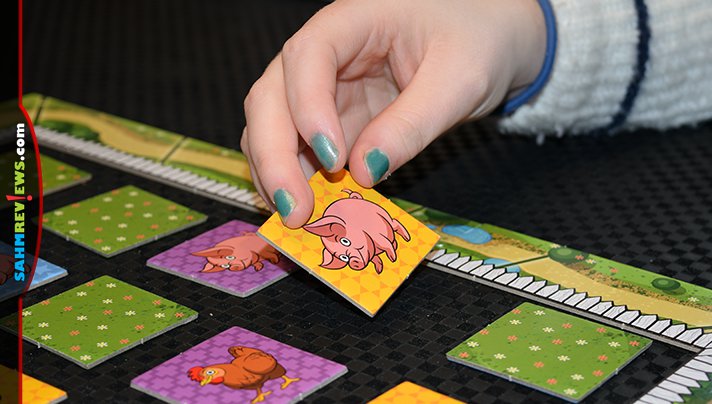 If you’re unable to find the related animal and color combination that you rolled, you’ll have to remember where it was before you flipped it. If you’re able to recall where it is located, reveal it to show that you found it. If you’re correct, move the farmer one space forward on the track. 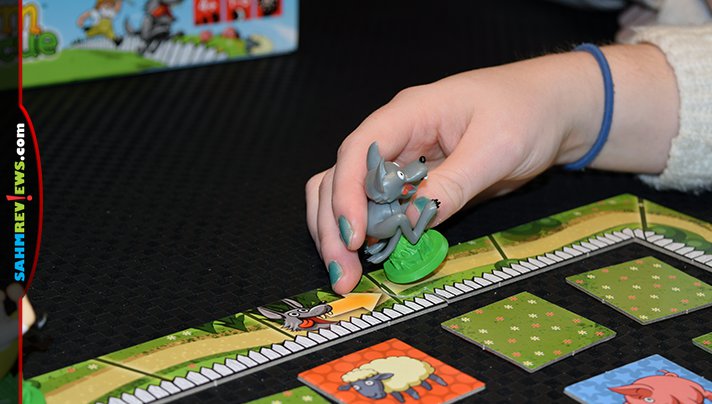 If you guessed incorrectly, then the sneaky wolf is going to take advantage of your lack of attention and will move one space closer to entering the farm! After you’ve moved either the farmer or the wolf, flip the associated tile face-down again. Pass the dice to the next player. 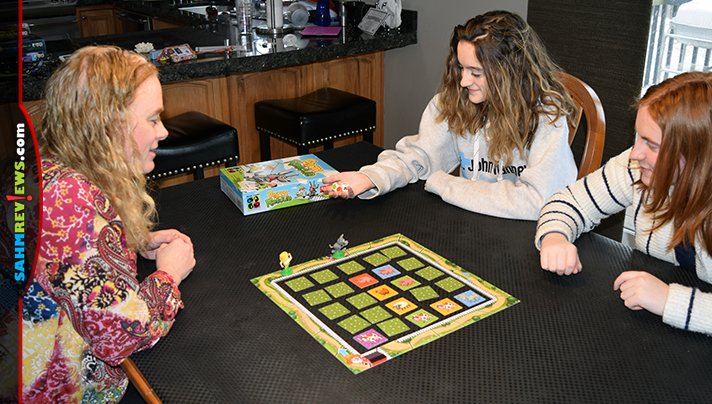 Since this is a cooperative game, everyone works together to try to remember where each animal of which color are located. In the event you roll a wild, you need to verbally state which animal or color you’re matching it with. Continue taking turns rolling and rescuing animals until one of three things happen. You’ll win immediately once all animals have been flipped face-down or if the farmer catches the wolf. You’ll lose if the wolf enters the farm!

You can find copies of Farm Rescue on Amazon, direct from Brain Games or at your local game retailer. Use Farm Rescue as entertainment that doubles as a way to help young kids identify farm animals. Visit Brain Games on Twitter and Facebook to see other fun games in their lineup including Team3 and IceCool! If you’re ready to take on the responsibilities of the farmer, enter to win a copy of Farm Rescue using the form below!
Farm Rescue Game Giveaway