In history there is occasionally a city with all of the movers and shakers, all the game changers, all the influencers – a city that is the happening place to be. On planet earth during the 14th century one of those cities was Florence, Italy the birthplace of the Renaissance. I want to take you to Florence back to the time of the Renaissance, and because games is one of my passions, I’ll talk about games that were inspired by the City of Florence.

In fact, there are many cities that have gone on to inspire games and it’s fun, cool and insightful to visit those cities and then play games inspired by them. Scott has mentioned wanting to visit Santorini after playing a game of the same name. And games set in the renaissance era are no strangers to SahmReviews as they have enjoyed a  number of them, including Lorenzo il Magnifico and Renaissance Man. A recent trip to Florence got me to thinking about all the games that are set in this specific location.

One of the places I visited in Florence was The Piazza Della Signoria. This was the location of the bonfire of the vanities and it’s also the location where the original statue of David resided. Now imagine yourself walking through the narrow streets of Florence to the Piazza and as you look around all the men are wearing tights and a hat with a feather and a sword by their side. Women of the time would be wearing a fashionable dress with ornamented sleeves. 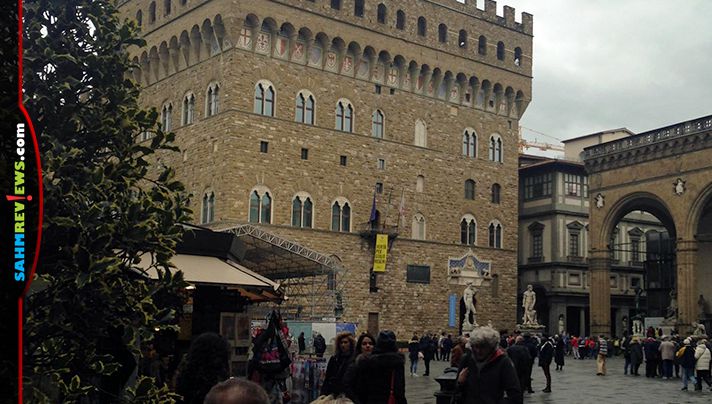 During the time of the renaissance there was a family called the Medici. They started out as bankers and they flourished and went on to rule the city. It’s very exciting to learn about the Medici and in fact they were like a real life version of Game of Thrones. Their history is filled with intrigue, conspiracies, murder, rising and falling, excommunication and leadership, yet they were also patrons of great renaissance art. 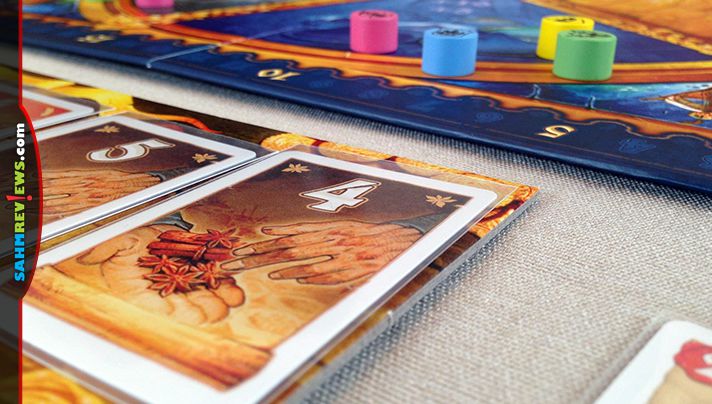 Because of their prominence, it makes sense for the first board game I share about to be Medici. This is a classic bidding game. During the game you take on the role of merchants during the Renaissance trading your wares. You bid on the various goods to load your ships and probably what I love most about the game of Medici is that while you’re bidding you’re actually using your points. The currency of the game is your actual points toward victory so every time you bid you’re lowering your score while hoping to gain more. What creates a great game is trying to figure out what the value of what your bidding on should be. People tend to disagree on what the value is and that’s what makes it a great game 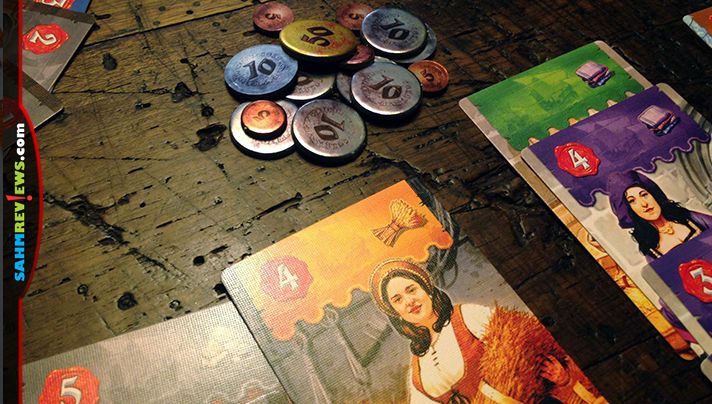 Another game based on Florence is Medici – The Card Game. Although similarly named, it has a different feel than the board game. You are also merchants loading your goods and wares onto a ship, and in this game when it’s your turn you’re going to flip up cards one at a time. You can keep one, two or three cards and often times you’re trying to collect sets of the same type of good. If you flip up two goods that are the same that’s really good, but then if you flip a third card and it’s a totally different good with maybe a low number (high numbers are better) it kind of ruins your set. The rules are if you flip up a card you must take it so one the fun things of the game is you’ll flip a card or two and think “I’m going to stop. I’m not taking any more.” and sometimes you’ll think “I’m flipping another one.” and it’s the drama. Was it a good choice or not is always a fun part of the game. My wife and I traveled to the Arnaldo in Rubiera, Italy which is a beautiful hotel. There we enjoyed playing a card game of Medici on a well over 100-year-old table. That was a very thematic and fun experience!

The Princes of Florence 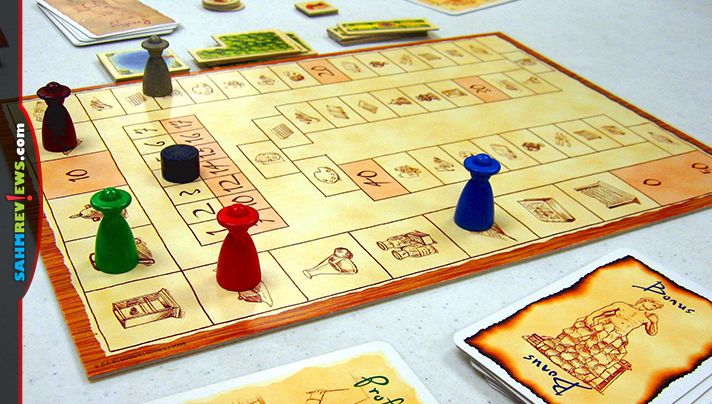 Yet one more board game inspired by Florence is called The Princes of Florence and in this game you create great works of art. This is a very classic Euro style board game that me and my friends played many times when it was first available in the United States. One of the things you can do in the game is bid for jesters and what a jester does is add value to all of your works! A solid strategy in the game is to go for jesters but players will quickly learn that if they let one player get all of the jesters, that’s bad, and that player is probably going to win. It’s easy to counter the jester strategy, but it’s one of the things you learn in the evolution of playing and enjoying the game. My co-worker, Cole Wehrle, once had his students write essays on the value of a jester in this game. I never got the chance but I would sure love to read those essays. 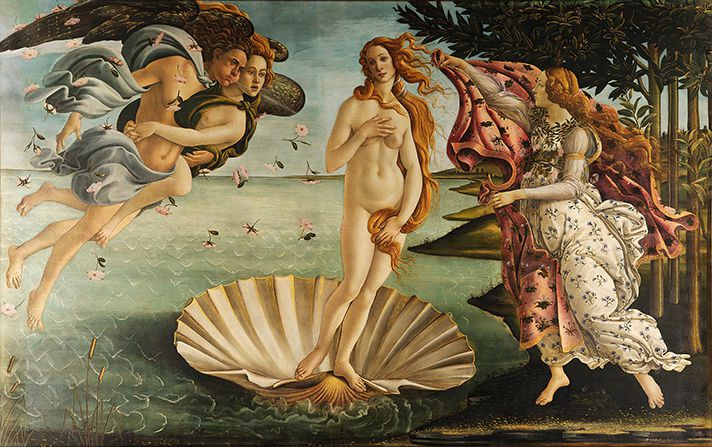 While I was in Florence I had the opportunity to go to a museum and look at some of the great works of art from the Renaissance. Botticelli’s Birth of Venus certainly qualifies as a great work like ones you might create during a game of The Princes of Florence.

We also visited the palace where the Medici lived and there’s something magical, amazing and inspiring about visiting a city and playing games that were inspired by that city. It gives you a new appreciation for the games and when you’ve walked the same streets that people during the Renaissance times walked it creates a timeless connection and gives you a new perspective on life. 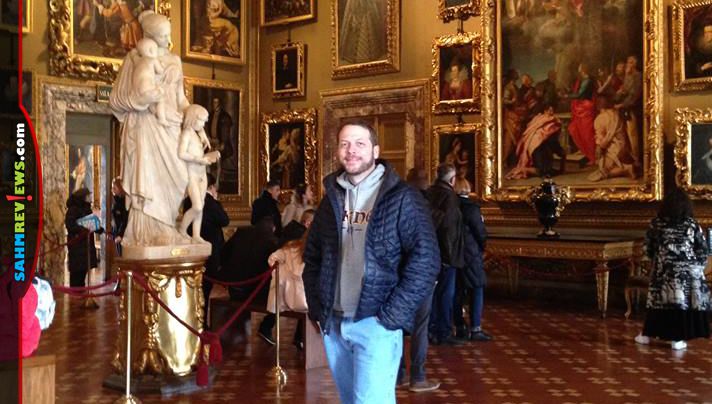 The Pitti Palace was built in 1458 originally for Luca Pitti but was purchased by Eleonora di Toledo the Duchess of Florence for the Medici. Here I am standing in the game room now called “Room of Iliad” which was once used to play “Trucco” an ancient version of Billiards (because Settlers of Catan had not been invented yet!).

So, when you’re out there traveling, see if you can find a game that was inspired by a city or place and enjoy that game while you’re there!

Have you ever played a game themed in the location you were currently in?