A lot of times we talk about games that take a ruleset from a classic title and expand on it with the publisher’s own twist. War is a common game that everyone tries to improve on, exhibited by the many games we’ve covered like Alien Hotshots, TacDex Pirates and Sellswords Olympus. Each have their own take on the “high card wins” genre and all implement it well.

This is the first time we’ve seen a game that completely changed the game type while still staying true to the underlying mechanic. Usually a card game like War remains a card game, even when new things are added. Bluffalo by Main Street Card Club does something very different by taking the classic game of Liar’s Dice (or a redone version like Spoils of War) and converting the entire thing into card game form! 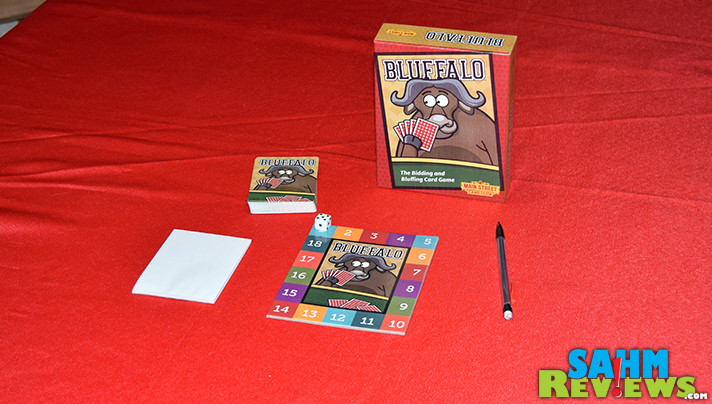 Bluffalo includes a deck of 52 cards comprised of ranks two through six (9 cards each) along with five Wild cards and two Double Wild cards. Instead of dealing out to each player, the cards are mixed into a large pile and all players draw eight cards to their hand to start the game.

Beginning with the youngest player, that person begins by making a bid. They are bidding an amount of cards of a certain rank that will appear in all players’ hands. For instance, the first bid might be something like four 4’s. They will then place the included die on the bidding track with the four side face-up and laying on the four space. 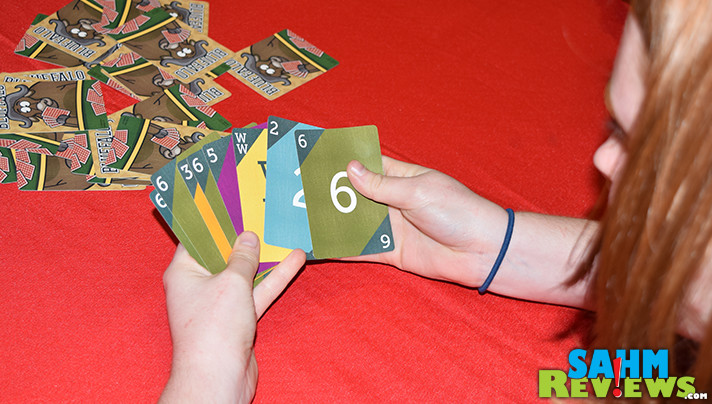 The next player must then either increase the bid or challenge the previous bidder. To increase, they must bid either a greater amount of cards of any rank or the same number of cards of a higher rank. As an example, bids of five 1’s or four 6’s would both be valid bids. However, four 3’s would not. 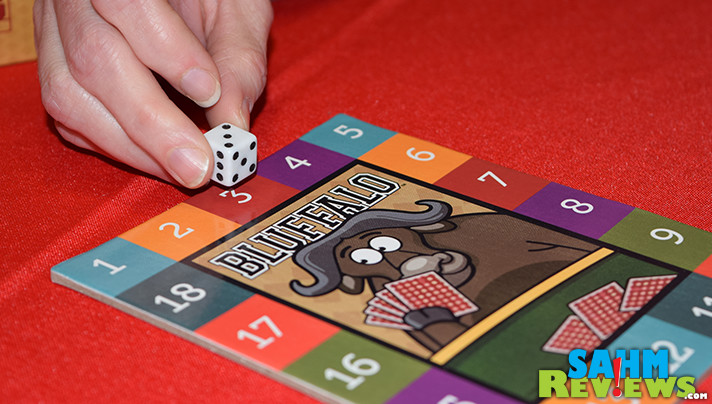 If a player does not wish to place a higher bid, they must challenge the previous bid. At this point all cards are revealed and it is determined whether or not the current bid is accurate. Wild cards count as the bid rank and Double Wilds count as two of that rank!

If the total number of cards of the bid rank does not equal or exceed the bid, the person who bid will lose cards equal to the number they are off. If they had bid nine of a rank and only six were present, they would begin the next round with three less cards! Same thing if the result exceeded the amount bid, only this time the challenger would lose cards equal to the difference! 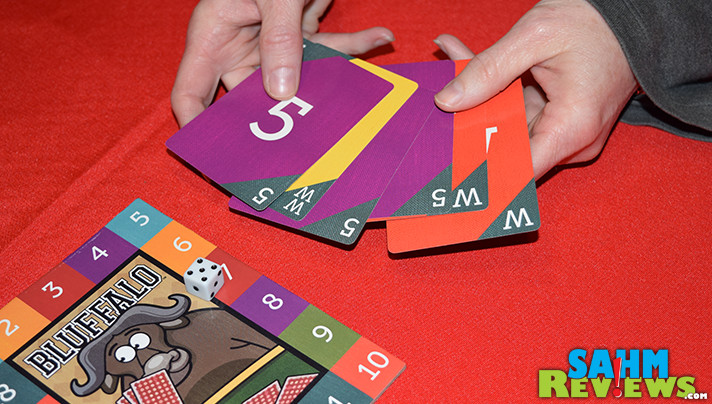 And as a bonus, if the bid exactly matches the number of actual cards, EVERYONE (except the bidder) loses one card from their hand! All cards are returned to the center pile, mixed up and people draw new hands up to their new limits, which are kept track of on the included pad of paper. As the game of Bluffalo progresses through additional rounds, hands will get smaller and some players will run out of cards completely, eliminating them from the game. 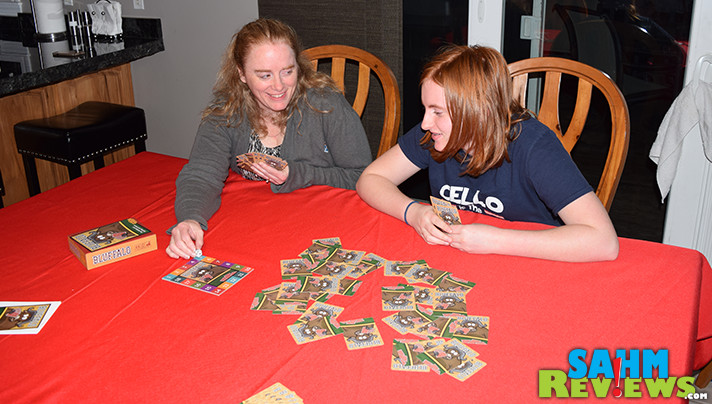 The overall winner of Bluffalo is simply the last man standing! Once all other players have lost enough cards to be unable to draw a new hand, the sole remaining player is the winner of Bluffalo! Designed to accommodate up to six players, you can expect a full game to run somewhere between 30 and 45 minutes!

Because the game is in card-form, Bluffalo is much more travel-friendly than a game of Liar’s Dice where you need a surface to roll on and usually a dice cup to hide the results. By using cards, everyone can keep their hand secret until they need to be revealed. Additionally, using cards only helps keep the overall cost of the game affordable, with Bluffalo available on Amazon for under $7 shipped!

Be sure to check out our other features about Main Street Card Club‘s games and follow them on Facebook to find out what they’re working on next! Maybe it’ll be a variation on one of your favorite classic games!

What is your current favorite card game?