There have been so many different board games issued over the years that it is pretty easy to run into ones we’ve never seen at yard sales and thrift stores. By some accounts there are well over 40,000 unique titles – and that’s not including updates, variations by different publishers and the many undocumented ones. So it is a big deal for me to find one that I have wanted for decades at our local Goodwill. I couldn’t get this copy of 3D Chess into my cart fast enough! 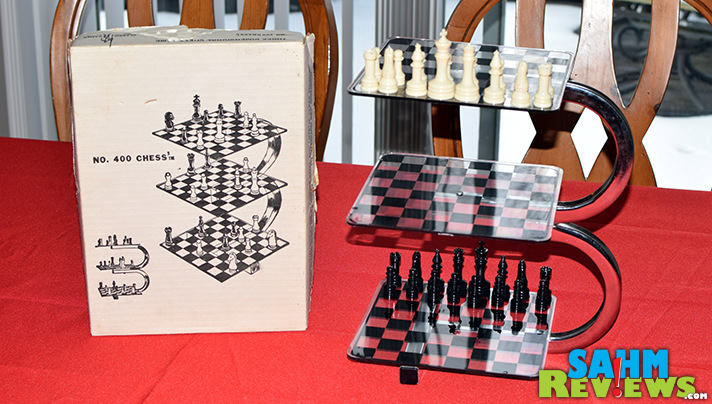 The first time I witnessed any version of 3D Chess was on the original Star Trek series. While not a true adaptation of the classic game, it was close enough for me to remember it fondly. Big Bang Theory even featured the same game when Sheldon mocked “It must be humbling to suck on so many different levels.”

There have been quite a few manufacturers of traditional chess boards converted into the 3D space. Our treasure was offered by the Classic Games Company, Inc. of Deer Park, NY. Featuring a chrome steel stand and polished plastic boards, the transparent design worked well when trying to contemplate your next move from level to level. 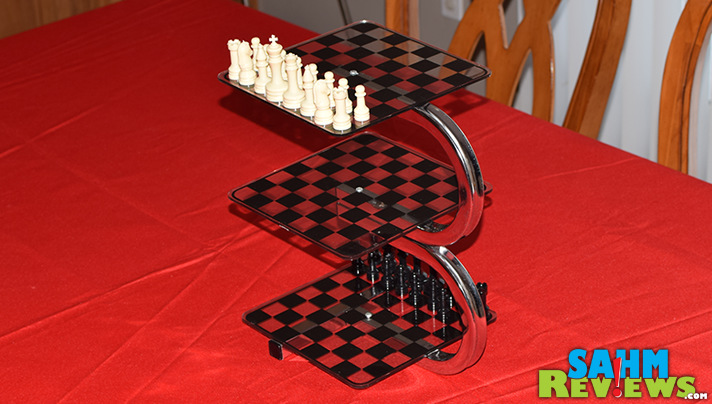 So how is 3D Chess played? If you know how to play the original, then you already know. All of the pieces move in the same manner, except they can now move in three dimensions! Each player starts with their entire army on either the top or bottom level, but set up in the same order you are accustomed to. 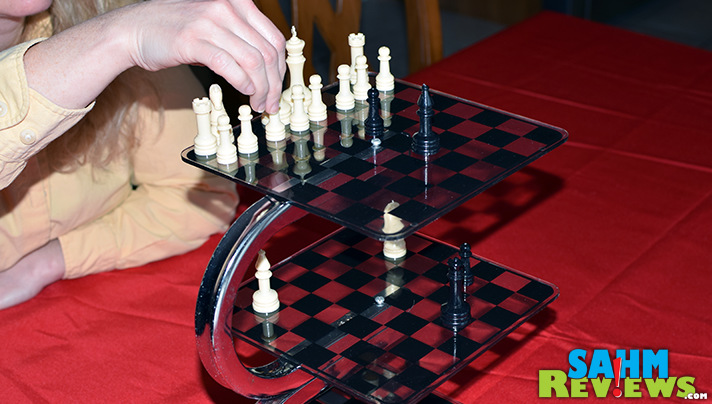 As an example of 3D movement, the rook (castle) typically moves as far as you would like in one direction, forward or laterally. With the addition of levels, it can now also move vertically up or down one or two levels!

Bishops move diagonally in traditional chess, and the same goes for 3D chess, only they can also span multiple levels when they move. You have to vision it as a straight line, but in 3D space, so they would move upwards but in an angle along the same-colored path.

The typical rules of not being able to move through other pieces (with the exception of a knight) still apply, but since you have multiple levels to choose from, these limitations are not as restrictive in 3D Chess. While we’re discussing the knight, he’s the hardest to understand even though the “L” movement remains the same. Rather than being limited to an “L” on a two-dimensional board, it can be completed in three dimensions. Imagine a Tetris piece that can be turned in any direction. You might move up one level (the short leg of the “L”) and then two spaces on that new level (the long leg). Or move up two levels and then only one space on the resulting board. Still an “L”, but with a lot more depth! 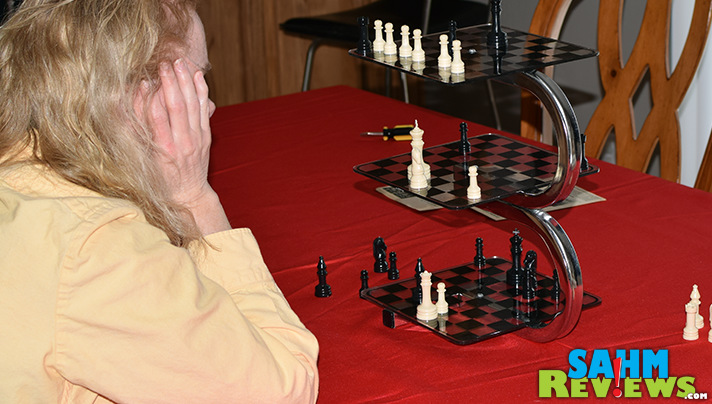 The game of 3D Chess literally and figuratively brings a whole new level to the classic game. It is much more difficult to put your opponent into check (or checkmate) early in the game because there are so many more movement possibilities and escape routes. You have to be good at visualizing the entire board, not just one, in order to be successful. It definitely is an upgrade to classic Chess, even if this upgrade was issued in 1971. It still is a brand new experience for us!

Keep your eyes peeled at your local thrift stores for a copy like this, or if you’re lucky an official Star Trek version. That is the next one I’ll be wanting as well!