If there’s one common thread we’ve seen from thrift store game finds from the 90’s is there was a serious attempt at creating a game that had never been done before. I’m not referring to overly-complex games, but ones that have elaborate contraptions that somehow integrate into the gameplay. 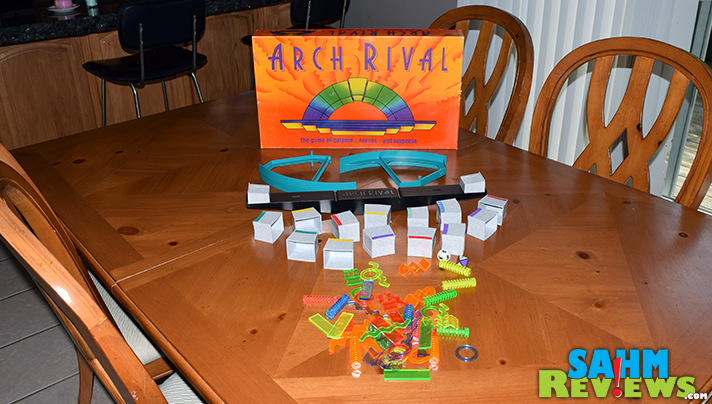 Whether a 3D playing field, a custom game board or moving mechanical parts, publishers were consistently trying to one-up the competition in the ongoing race for market share. This week’s Thrift Treasure is no different and has a feature we’ve never seen in any game to date – a 3-dimensional bridge! 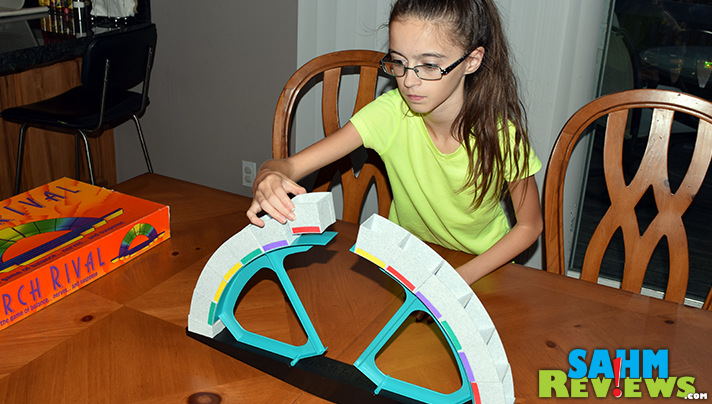 We picked up Arch Rival by Parker Brothers at our local Goodwill for under $2 and it has already given us and friends many hours of entertainment, even if only to build it up to see it fall! Yes, you read that right. The game ends when the bridge collapses! Just don’t be the one that caused it! 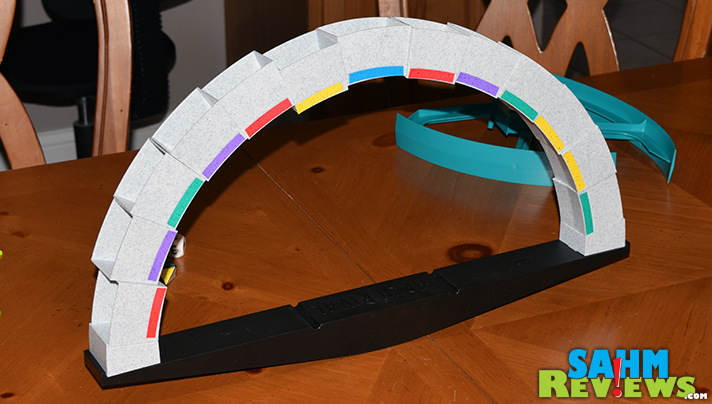 Setting up the game is an effort in and of itself, requiring a couple extra supports while you randomly build the archway. The order of the colors does not matter, except for the blue keystone that must be placed at the apex. Did I mention the entire structure will be constructed on a rocking base? The rules to Arch Rival are similar to Jenga, in that you do not want to be the person to make it fall. 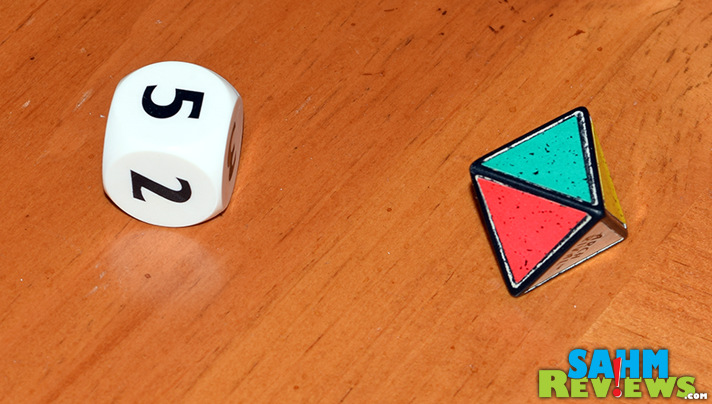 Included in the game are 50 plastic neon pieces of varying shapes and colors. On your turn you will roll the two included dice and place the corresponding number of pieces in one basket matching the color on the second die. You can arrange the pieces any way you want in a compartment, hopefully making it more difficult for the next person.

If you roll the words “Arch Rival” instead of a color, the player on your left gets to pick exactly which compartment you must put your pieces in (except for the keystone). If your group is so good at the game that you run out of pieces without it falling, on the next roll the player must remove all the pieces from any one compartment of that color (again, without it collapsing). 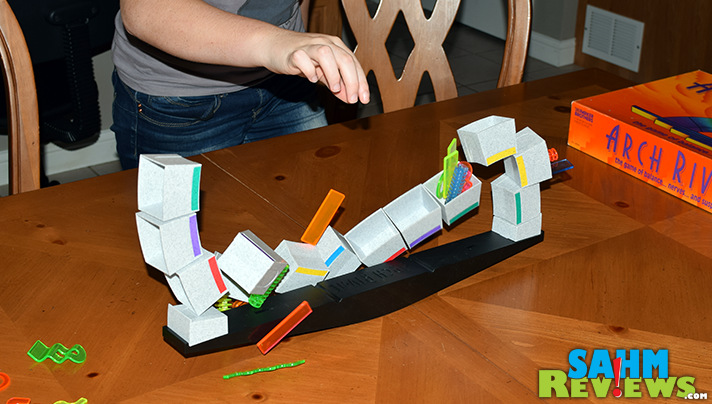 Designed for 2 or more players, Arch Rival has not only made it to our game table, it’s been thoroughly enjoyed by young and old at our weekly game night group. Copies can still be found on eBay for around $20 shipped. Of course, be sure to keep an eye out at your local thrift store for a better bargain!

What was your favorite 90’s game?