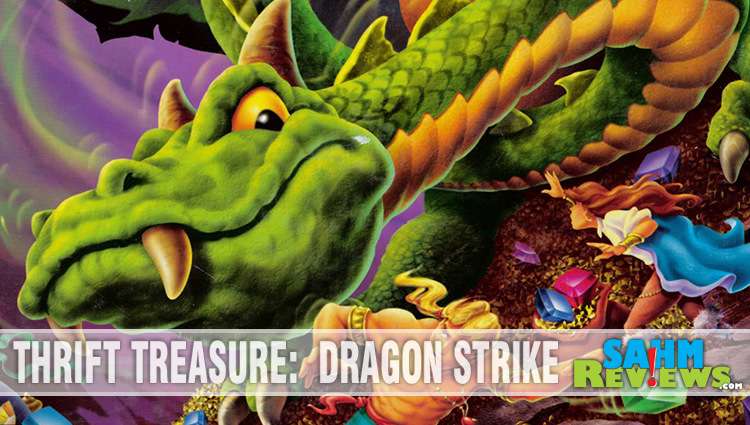 When we find a battery-operated game at thrift stores, we typically take a pass on them. Adding electronics to the mix just adds another thing that can go wrong and usually we are unable to test them in the store before purchase. Sometimes the batteries have corroded, making the contacts unusable. Other times it is a mystery why they don’t work, and I am no electronics engineer. 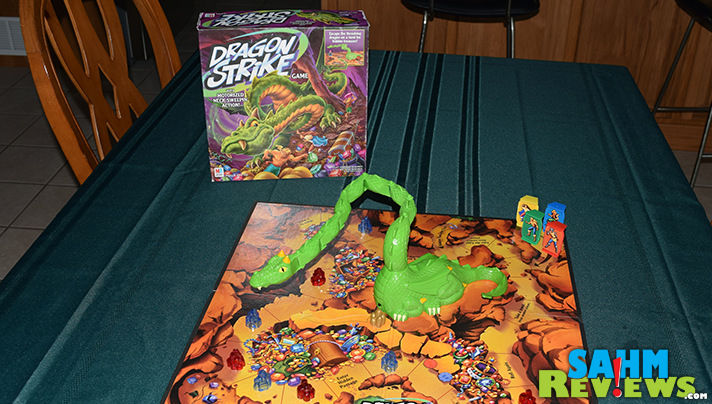 But for this week’s Thrift Treasure, I couldn’t pass on the theme. After confirming the battery compartment was clean, I decided to take a chance at Dragon Strike by Milton Bradley. Fortunately for us, some fresh batteries was all it needed to bring the dragon back to life and chasing off the adventurers that were stealing his gems and eggs!

Dragon Strike is one of those games that isn’t very complicated to learn or teach, but still is a ton of fun for both parents and kids. Each player is tasked with being the first to obtain the dragon’s golden eggs. In order to do so, you must first collect a red and a blue gem to be granted passage to the eggs.

A custom six-sided die is included, and you simply move the distance rolled. You are allowed to move in any direction around the cave, but cannot change directions in one move. 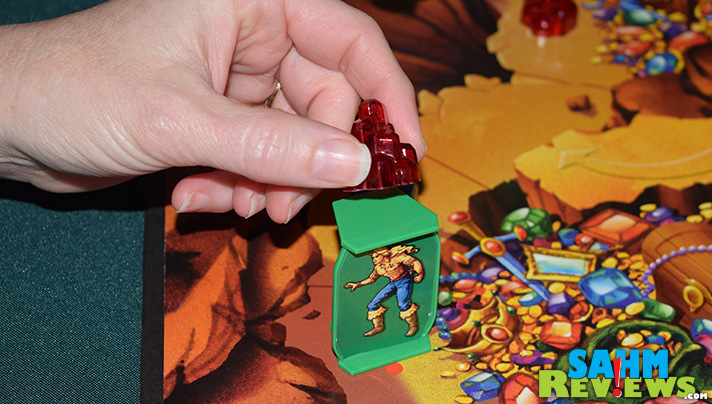 Land on a gem (or on the same space as an opponent carrying a gem) and you get to place that gem on your head for transport out of the cave. You can only carry one at a time, so you must make your way to the exit before going after the gem of the opposite color. 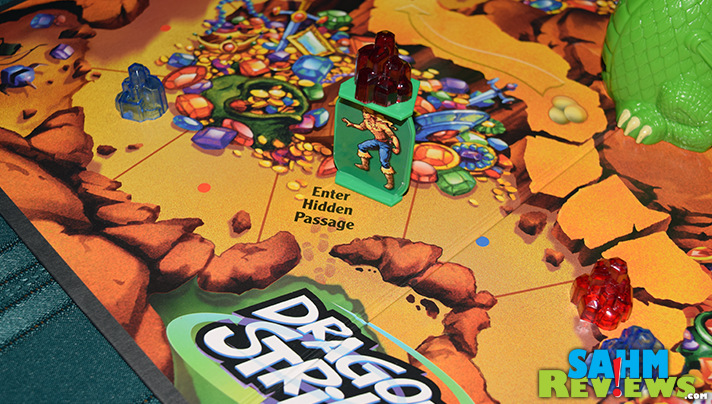 At any time someone can steal what you’re carrying by landing on the same spot in the cave or by finishing their move on one of the special spaces that allow for stealing. There are also hidden passageways that can make your (or your opponent’s) trips much shorter. 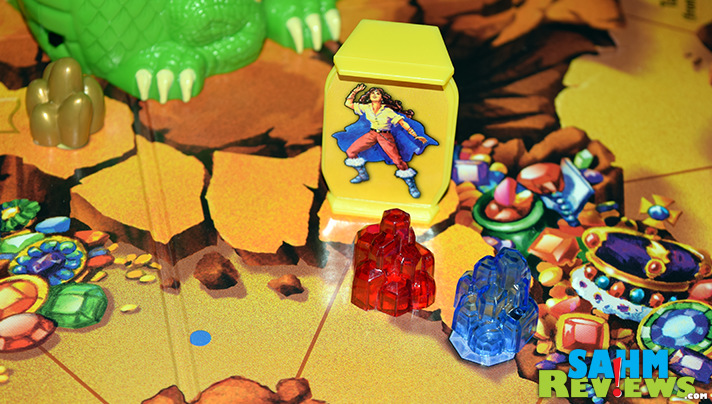 The first person to collect both gems and get to the beginning of the path to the golden eggs gets to enter – no other player may follow. Grab the eggs and make a quick exit on the other side of the dragon. Now it is a race to get your eggs to the cave entrance before anyone else steals them from you! If they do, and exit the cave, they win – even if they haven’t collected the gems! 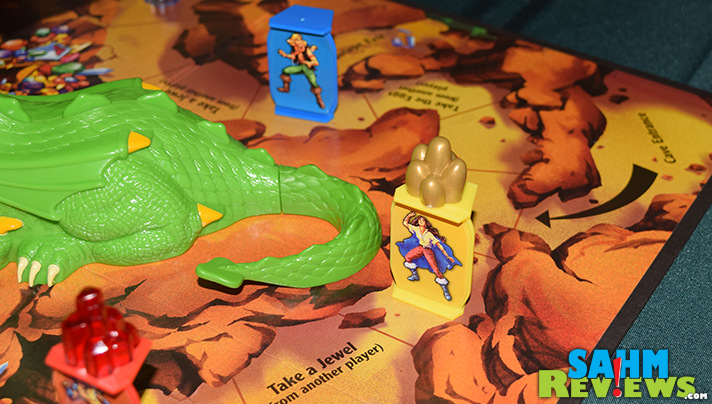 So what about the dragon? The custom die is also color-coded. Every time a green side is rolled (a three or five), it triggers the dragon to swing his head and try to knock gems and eggs off of everyone’s heads! If he is successful, the treasure is dropped to the floor where you stand and you must move off of the spot and back onto it in order to be able to pick it up again.

Dragon Strike reminds me of a number of titles from the 80’s, but was actually issued in 2002. It seems copies regular sell on eBay for around $20 and a bit higher on Amazon. Keep your eyes open, I’m sure if you’re patient enough you’ll find one at your local Goodwill or Salvation Army!