Many years ago when we were a young couple, like many of you starting out, we lived in an apartment. Our neighbors were of all ages, mostly older retirees or single working professionals. There was one couple a few years younger than us that lived next door that I’ll never forget.

Again, like many of us just starting a life together, money was tight. It was the early 90’s and I was recently out of college. I had sent out hundreds of résumés, gone on countless interviews and even accepted a couple of part-time positions that were well beneath my level of education. Fortunately Nicole worked for her father which guaranteed us some steady income while we got on our feet. Our neighbors weren’t so lucky. She was still in school while he bounced from job to job, usually in the food service industry. We could hear their arguments through the thin walls of the apartment, usually over money and bills. He controlled the finances since he was “bringing home the bacon”, she was left with whatever he would give her as an allowance. Then one night…

I’ll never forget that night. There was a knock on our door and there she stood, black eye and all. It was my first exposure to physical domestic violence. She was crying and ran past me into our bedroom with my wife. A couple minutes later her boyfriend came to our door demanding to see her.

Now I’m not a particularly big guy, God blessed me with book smarts and a warped sense of humor, but when it comes to intimidation by size, I’m not the man for the job. Fortunately for me I still had a good 10 pounds and an inch or two on the guy, so he didn’t think of taking his anger out on me. However, when he tried to push past me into my own apartment, something in me snapped.

For a long time I had collected baseball memorabilia, and by sheer coincidence I had an autographed bat signed by Eddie Mathews nearby. A bat is a bat in an emergency, so I picked it up, lightly placed it on his shoulder from behind, and warned him that the next ‘swing’ wouldn’t be so soft. He took a second to assess my seriousness and fled the scene. My only regret was we didn’t call the authorities (on her request), but she did leave him shortly thereafter.

We personally saw this type of financial abuse (by controlling her with the household’s money) escalate into a violent altercation that nearly 25 years later is still a vivid memory. I constantly look for telltale signs of domestic abuse in nearly every couple I know, not because I think they’re bad people, but because I feel guilty about not seeing the signs earlier for our neighbor.

In conjunction with Kerry Washington, Emmy-nominated actress and domestic violence activist, the Allstate Foundation is helping to raise awareness for the cause and has designed a limited-edition purple purse. The purse was created to represent the center of a woman’s financial domain and to inspire women to reclaim their financial independence. Kerry Washington managed the design process of this limited-edition purple purse from start to finish and incorporated on-trend shapes, details and fabrics. The purse is being used by the nonprofits participating in the Allstate Foundation Purple Purse Challenge to spark conversation about domestic violence and financial empowerment in their communities. 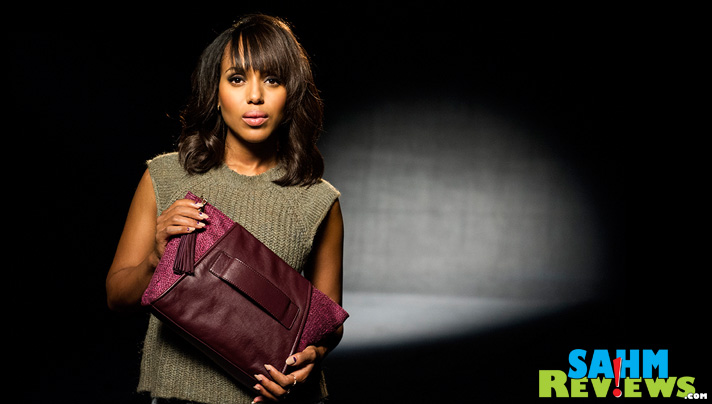 You too can help the cause by visiting PurplePurse.com and getting involved in their challenge. Donate $10 to one of the associated charities and be entered into a daily drawing for one of three Purple Purses! 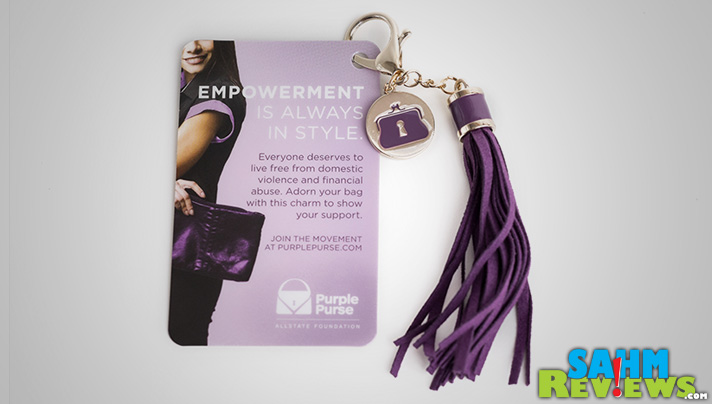 You can also turn your purse into a Purple Purse! The Allstate Foundation is widely distributing Purple Purse charms so you can show your support and attach to your favorite bag year round. They are being distributed with inspiring survivor stories through Purple Purse Challenge participants and Allstate agency owners.

Since 2005, The Allstate Foundation has invested more than $40 million across the country to help domestic violence survivors regain control of their finances and break free from abuse. If you or someone you know needs immediate help, please call the National Domestic Violence Hotline at 1-800-799-SAFE (7233) or TTY 1-800-787-3224.

Please support the Purple Purse Challenge by proudly displaying your charm, donating to the charity of your choice and by following them on Twitter and Facebook. Next time I know I’ll be prepared, please make sure you are too.