As we’ve mentioned quite a bit, our eating habits now are better now than they were a handful of years ago. However, they are completely different from what they were when I graduated from college. Back then, my diet often consisted of Velveeta Shells & Cheese, Suddenly Salad and things that we could make in our FryDaddy. I don’t remember what we used to make in it but I do recall using it quite a lot. As times and tastes changed, we stopped using the deep fryer but still had some stand-by favorites, including hot wings. Sans a deep fryer, we baked them in the oven but they just didn’t have the same crispness that we had come to love when ordering them at a restaurant. Ultimately we decided to take those off our menu, too. It was just a sign of changing habits but not of changing taste buds. We occasionally would purchase a bag of wings from Sam’s Club but they never cooked up perfectly and we weren’t as satisfied as we used to be. 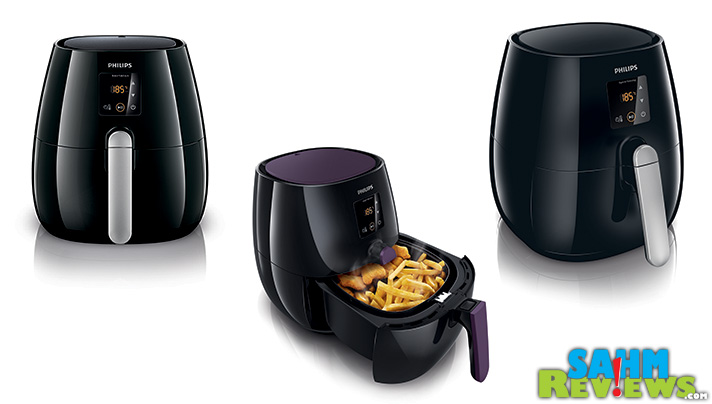 About a month ago, I was invited to participate in a Livestream event featuring the new Philips Airfryer, hosted by Vera Sweeney and MasterChef winner, Luca Manfé. I’m a bit of a sucker for kitchen gadgets… always have been. Even though I’m not the cook in the family, I still enjoy fiddling with these types of toys. Hearing that the Philips Airfryer could create delicious “fried” foods without all the oil intrigued me. “Sure it does” I (skeptically) said to myself. “No oil, no frying, no mess.” “No way,” I thought.

When the Livestream event took place, Chef Luca demonstrated – live, on screen for us to watch – a breakfast frittata. We were given the ingredients and recipe ahead of time in case we wanted to cook along with him but I opted to watch and read what others participants were saying. Those who made the dish at home during the live event said it was amazing, not to mention fast and easy. Chef Luca boasted the Philips Airfryer as being able to make 8 large meatballs in 8-10 minutes or cake in that same time frame. When we asked if there was anything he wouldn’t recommend using it for, he didn’t come up with anything. 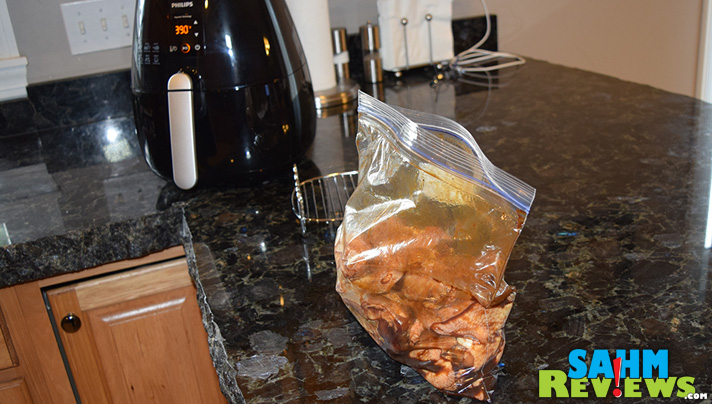 But the proof is in the pudding so we set out to make something we missed and loved – wings. Scott marinated 4 pounds of chicken wings overnight in a Garlic Teriyaki marinade & sauce. The next day, I set the fryer to 390° to preheat and in a few minutes it was ready. We drained off the marinade then placed half the wings in the Philips Airfryer. 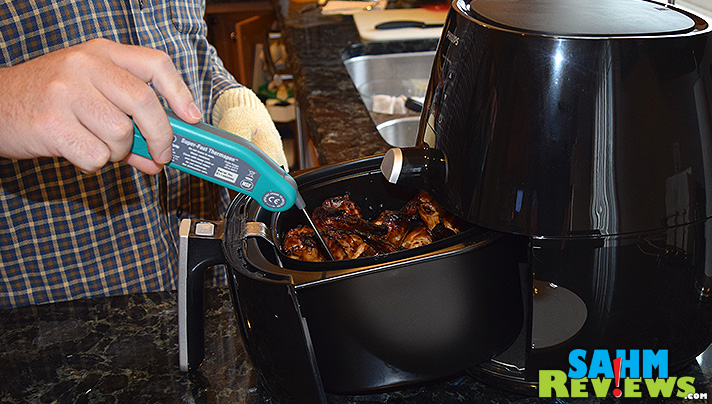 We cooked the first batch for 15 minutes, tossing the basket halfway through to ensure even cooking. When the timer went off, Scott tested the temperature to make sure they had cooked to a safe range. Sure enough, they did – 174.3°. In order to get a true feel for how the fryer cooked, we decided to try the first batch without any extra sauce. Not only were the wings tasty but they were the perfect crispiness… just like being fried. Minus the grease, of course. The wings were also extremely juicy which surprised me. 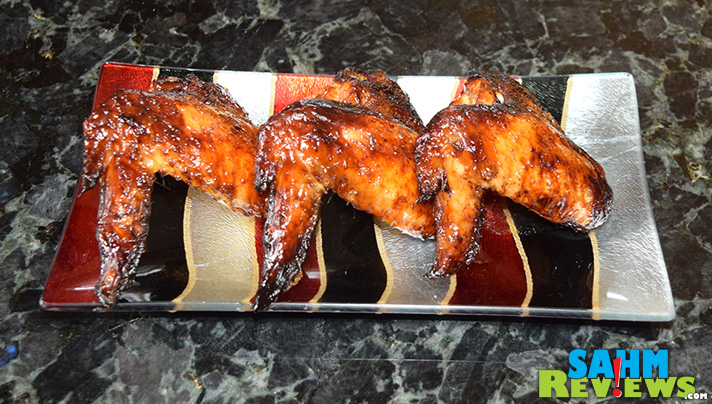 The second batch we cooked again for 15, once again tossing halfway through as recommended in the instruction booklet. When they came out, we tossed them in the Teriyaki sauce to give them a little extra flavor. They were positively delicious, not to mention beautiful on our plates!

Since Miss M continues to ask for eggs for breakfast, I’m planning on whipping up a frittata for her. Our grocery list already includes more chicken wings as well as other items to test out. Of course, the kids are anxious to test it out for fries. During the livestream, I giggled when Luca, Master Chef mind you, said the first thing he made was a batch of fries, too. In answer to my question, “Which fried first? The chicken or the egg?” The answer is neither… it was a potato.

If the pictures have already sold you on how much potential this product has, you can pick up model HD9230/26 on Amazon or search for a newer model of the Philips Airfryer on Amazon or directly from the Philips webpage. For more information on Philips products, catch up with them on Facebook, Twitter and Google+. For some tasty tips, check out Luca Manfe’s videos. 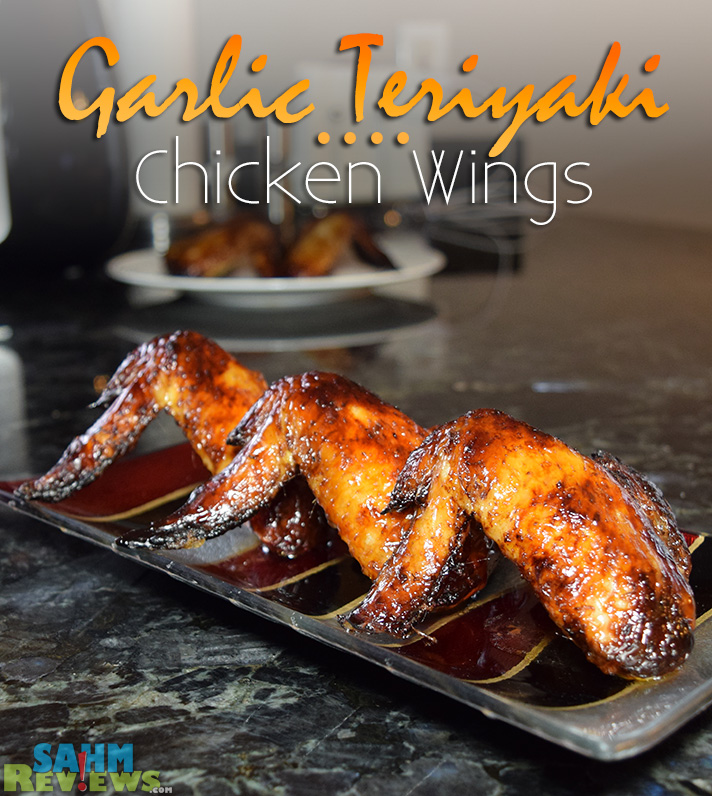 What is the first thing you would make in the Philips Airfryer?

59 thoughts on “Which Fried First? The Chicken or the Egg?”