After the Bridgestone/Tire Rack events had concluded, I scheduled some time to meet up with my cousin who is currently residing in Denver. We grew up next door to each other and she was as much a sister as I could ever have. We talked and confided in each other. We were close enough to each other to enjoy tons of time together but always were able to retreat to our own homes when quarters got too tight.

During the summer months, we were together all…the…time. We would run and play outside when we felt like it or hang out in one of our basements. I have a lot of memories of those days but a few stand out more than anything else. One involved hiding out in a corner of their storage room eating an entire bowl of homemade maple candies. You would think we would have gotten sick after overindulging. Nope. That’s what dreams are made of. The other had to do with the massive pillow forts that we were able to make with their couch and ottoman. We would crawl inside and play solitaire or watch TV but there once we spent the entire time shucking dried popcorn off the cob. You see, growing up in the country meant we would grow our own produce, including popcorn. At a time when microwaves weren’t even around, let alone microwave popcorn, it was either that or buy kernels at the store. If you’ve never shucked corn off the cob, it’s tedious and we ended up with blisters on our thumbs. But we wanted to do it and were determined to finish the job. I think the fact that we were in the fort made all the difference.

My cousin played a significant role in my childhood so these types of memories are pretty strong. I don’t see her very often but when I do, it makes me realize all the things I was able to do that my kids never really have. Things like sledding in the winter, playing “Bloody Murder” well after the sun had set and doing things like building pillow forts. Some things they missed out on because we reside inside the city on a normal sized lot. But something like making pillow forts was because we just didn’t have the right furniture. Our couch was a recliner-style with no cushions. The matching love seat and chair didn’t have cushions either and all of it was too heavy to move. When they were little, we would build forts using Toobeez but that just wasn’t the same. We recently purchased a new family room set and I realized that we could finally make a real pillow fort! 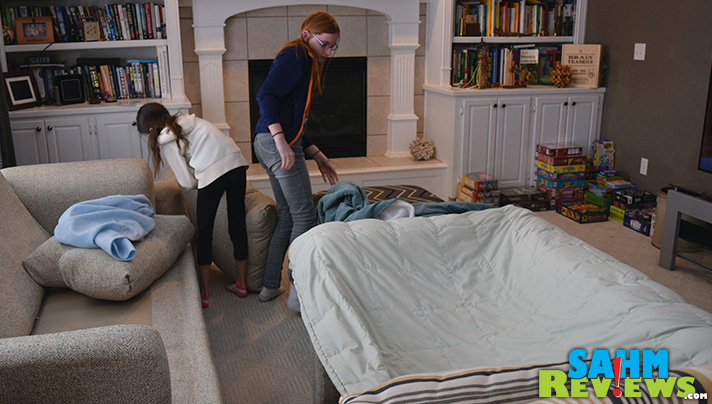 The girls were really excited but had NO idea what was in store. They took some small decorative pillows off my formal couch and thought that’s what we were going to do. They were in for a real treat! When I took the pillows off the back of the couch, their excitement increased. Then I removed the cushions that we sit on and said “These make great walls.” The reaction I received was priceless. It was very unlike me to disassemble the couch like this… for fun, no less!

At first, I moved the chair and footstool to give them a basic outline. After that, I decided to let the girls take over and build it on their own. Seeing their imagination take charge is always cool. “We should make separate rooms!” “There’s too much light. We need a pillow there.” “We need another blanket.” 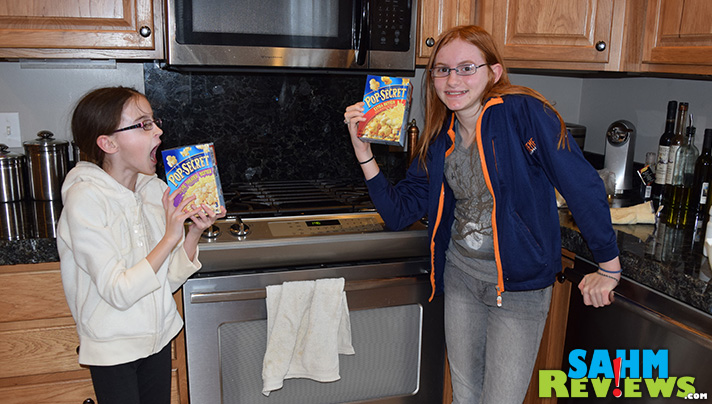 When they were done building, I told them they were missing one thing. Snacks. Just like when I would hang out with my cousin and shuck (and ultimately eat) popcorn, my girls needed that too. In today’s day and age, there are plenty of delicious choices in microwave popcorn that they don’t need to go through the same blister-inducing tasks that I did as a kid. There isn’t enough shelf space at Walmart to carry all the varieties but they had the two we wanted – Pop Secret Movie Theater Butter and Extra Butter. It was perfect since I had a #PopSecretForts coupon for $1 off 2 that I had printed from the Pop Secret Facebook page. 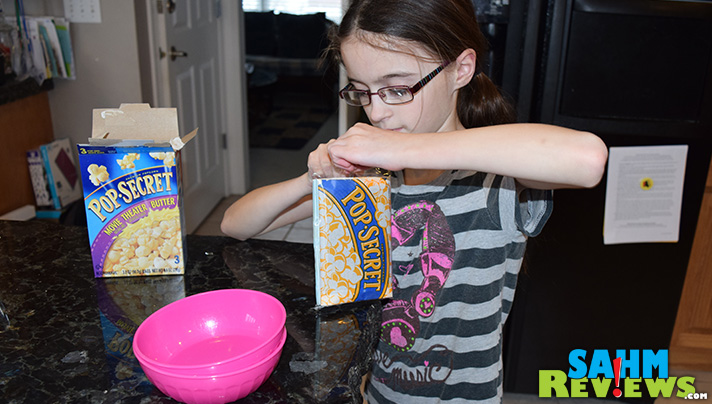 Even better, the kids are able to make the popcorn themselves. Back in the day (yes, I just said that), enjoying popcorn meant that mom needed to head up the oil, add the corn and prepare it. The container was much too hot for us to use. Air poppers were an option eventually but those just weren’t as good unless you loaded it with butter. 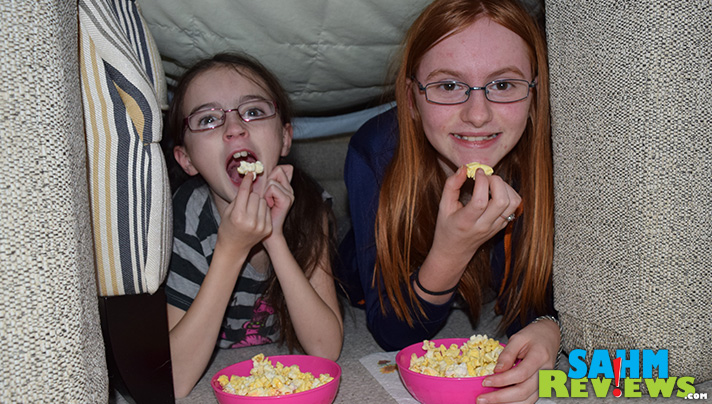 The ultimate pillow fort isn’t just about what you do when you are done but the bonding that ensues during the building process. I even crawled inside to get a peek at their cool fort. It was definitely big enough for me to do that! 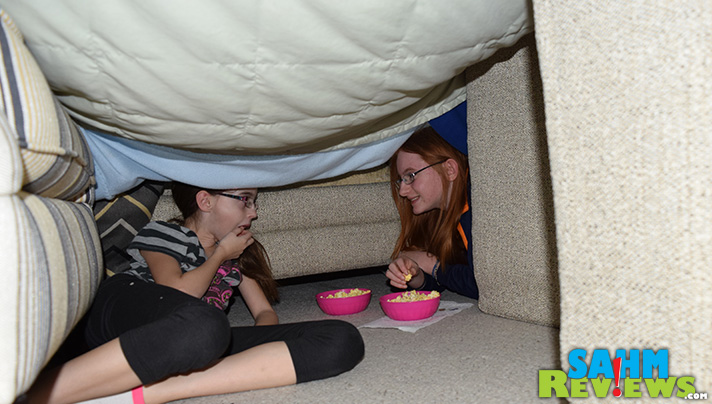 Creating a pillow fort is such a simple idea, brings such joy to everyone participating and offers a great opportunity to bond. If you haven’t created one with your kids, take the time to do it. Just don’t forget to print out the Pop Secret popcorn coupon and pick some up. No fort is complete without the popcorn!

36 thoughts on “Popcorn and Pillow Forts”