When you are constantly exposed to a myriad of new games from a range of companies in the industry, you tend to start associating them with specific types of games. Quartos from Gigamic is an ideal example of their abstract games. Dead Last from Smirk & Dagger is represents their knack for games that allow you turn on your opponents. If we want something with a puzzle tone, Thames and Kosmos offers titles like Ubongo and their EXIT games. I could go on and on, but I’ll stop there.You get the idea of what I’m saying.

TEAM3 has consistently been the first to come to mind when people have asked me for family game suggestions, just one of the many quality titles in their arsenal. This idea is one of the reasons we agreed to check out Pigasus from Brain Games Publishing. Plus, it has a cute squeaky toy at the center of the game. How can we pass on that? 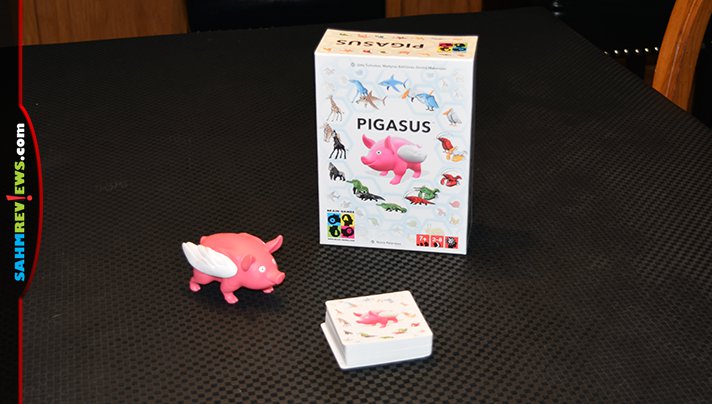 Shuffle the deck of cards then randomly remove 16 and return them to the box. Place the squeaky pig in the center of the table and gather up to eight players around the table. Hand the stack of animal cards to the youngest player to begin the game. Wonder what you’re supposed to do? Be the player to have the most cards in your stack by the time the deck runs out. 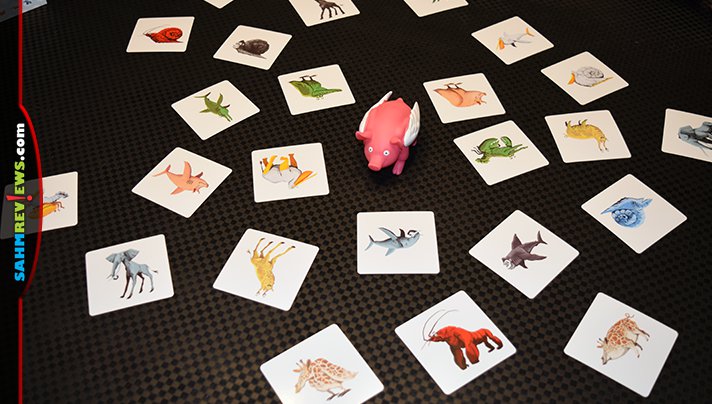 The cards in Pigasus depict animals. Sort of. There are nine different animals represented in the game with each card showing a combination of two. If you think they look odd, you’re right. They do. There’s nothing natural about a crossbreeding of a snail and a pig. 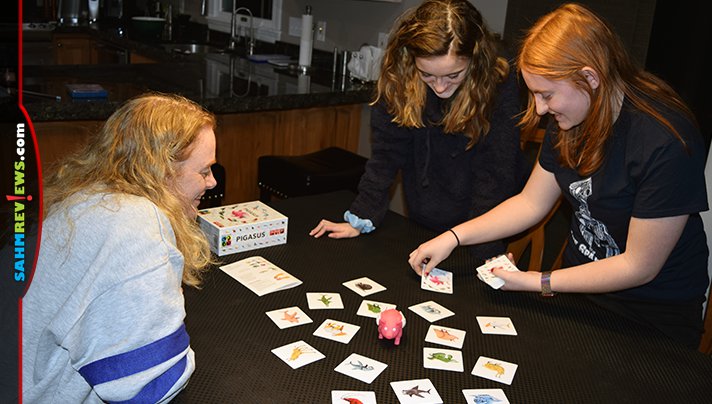 To begin a round, the dealer takes the deck and flips one card outward into the center of the table. All players examine the card to determine the two animals represented. Then the dealer flips another card somewhere else in the center of the table without overlapping the prior card. Once again, players examine the card to decipher which two animals are shown. 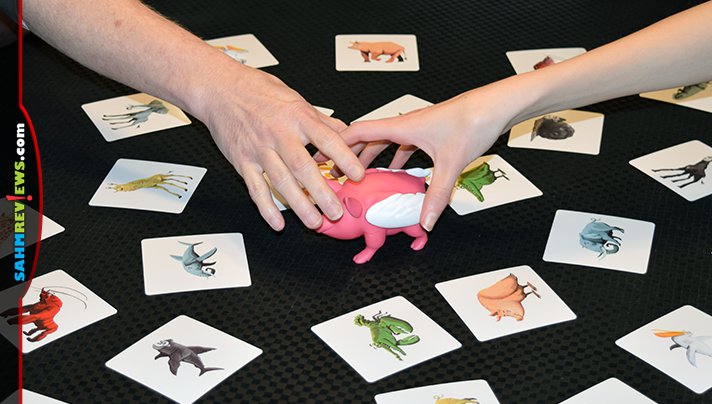 The dealer will continue to flip cards one at a time until players see two cards which include a reverse of the same two animals. Did I mention this is a speed game? Players now race to grab the pig! The first to do so will point at the two cards they believe go together. 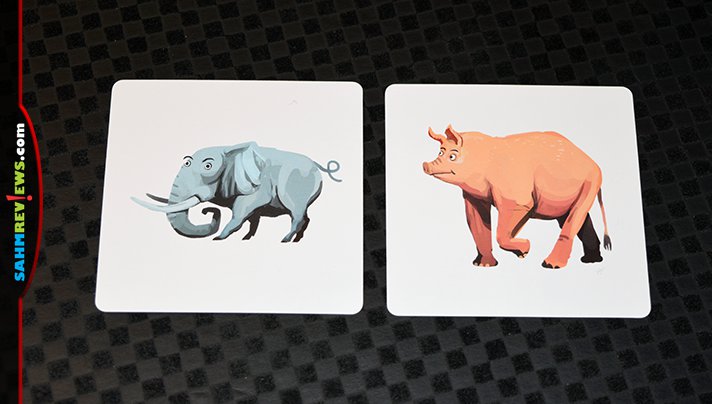 If they are correct and the two cards make up the whole of two animals (head, body and skin tone) then they collect the two cards. That player also becomes the new dealer and flips cards individually as the prior dealer had done. If the player’s guess is incorrect, it’s considered a wrong grab and they lose cards from their pool equivalent to the number of players. Don’t be in too much of a rush! Touching the Pigasus toy means you are attempting to guess. It’s considered a wrong grab (and you lose cards) if you aren’t able to make a successful match.

The process continues until the last card is revealed. Once players have been given the opportunity to claim it, the game is over. The player with the most cards wins. While Pigasus is targeted to ages 7+, younger kids  who are familiar with the animals could certainly play with some instruction on the rules. It’s not a complex game and simply requires an attention to the details. Brain Games Publishing often has their games at local retailers so check there for availability. You can also pick up a copy on Amazon. Keep watch for Brain Games on Facebook and Twitter for news about upcoming releases!

Which two animals do you think would make the oddest combination?