It’s funny how coincidences work. Well, not so much “work” as the feeling it provides when it happens. Case in point – just last week we found a game at thrift by noted designer, Reiner Knizia. Callisto is an abstract game similar in style to Blokus, but easier to teach and more enjoyable to play. Plus it reminded us a bit of the classic video games Tetris and Surround.

Tonight we’re playing another card game by Reiner Knizia, High Society, which was originally released all the way back in 1995 and has been provided a second life thanks to new artwork and distribution by Osprey Games. We were immediately attracted to the art nouveau style of design and the oversized playing cards. And as you might notice from the photos, we instantly decided to sleeve the larger cards to protect them. We knew it would make it to the table a lot and we fortunately had some left over from the package we bought to sleeve Hanamikoji. 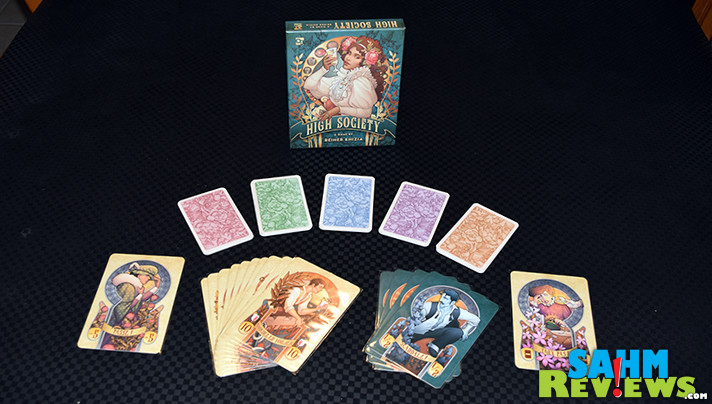 High Society is a card game about…you guessed it…high society. You and up to four of your friends play as socialites trying to live lavishly and frivolously. You express this by spending your money at auction on luxuries while trying not to be the one with the least money at the end of the game. Only the person with the highest status will earn the envy of everyone else! 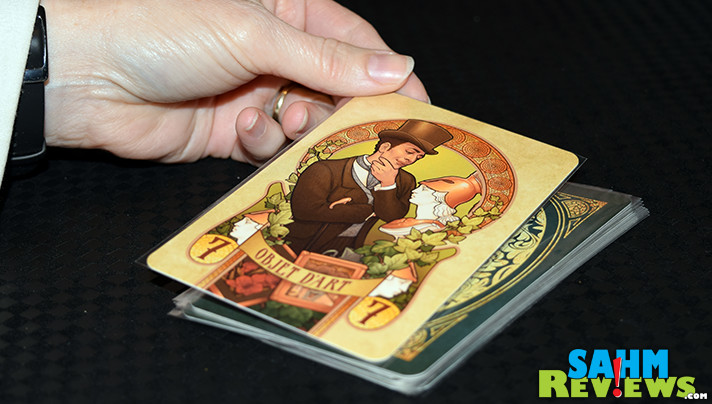 Setting up High Society is very quick and only requires shuffling the sixteen Status Cards into one draw deck and dispersing matching sets of eleven money cards to each player. At the start of each round, the top card of the Status Card deck is flipped over and is put up for auction. 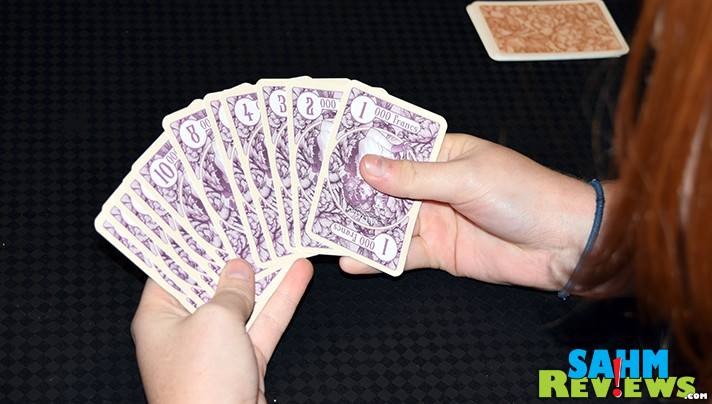 To bid, you must play one or more of the money cards in your hand face-up in front of you. The next player in order must then either increase your bid or pass, leaving them out of the round. If the bidding comes back around to you, you must beat the highest bid by using the cards you already have on the table and adding new cards to your bid from your hand.

When passing, that player returns all face-up cards in front of them to their hand. The last remaining player after everyone else has passed wins the item and places it in front of them. The money cards that they bid are turned face-down and set to the side, out of the game. 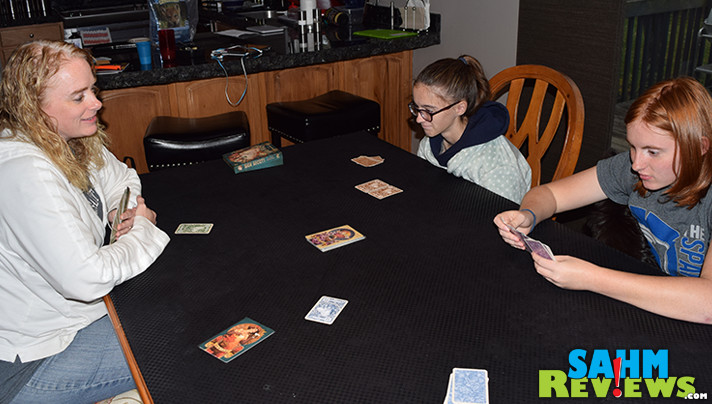 Not all of the cards are ones you necessarily want to win. A handful of the Status Cards are called Disgrace! cards. These cards, including Faux Paus, Scandal and Passé, negatively impact your collection by forcing you to get rid of one, halving your status at the end of the game or even reducing your status by five, respectively. Bidding on these is different – you’re actually bidding to NOT win the card! Everyone bids, increasing the bid as it moves around the table. But as soon as the first person passes, bidding ends immediately. The person who passes ends up with the card! However, ALL other players do not get to collect their money back! It is also turned over and removed from the game! 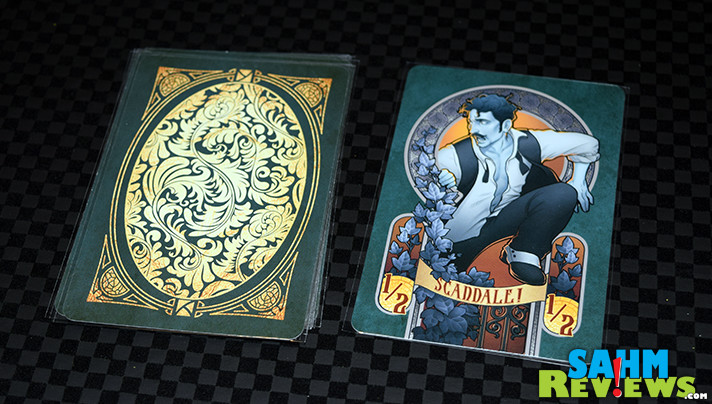 Four of the cards in the Status Deck have green backgrounds and these are used to track the timing of the game. When the first three cards are revealed, nothing happens. But immediately when the fourth green card is turned over, the game ends without that card being bid upon. 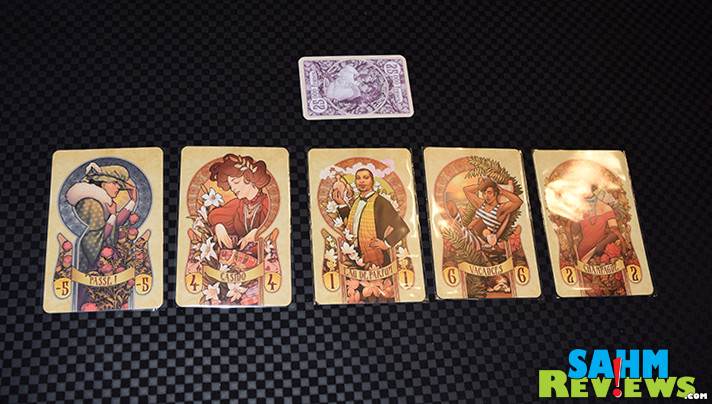 All players then reveal their leftover money cards and announce their totals. The player (or players) with the lowest total is cast out and cannot win the game. Each of the remaining socialites then totals up their status according to the values printed on the cards they won, remembering to subtract for any Disgrace! cards they were forced to take. The person with the highest status wins High Society!

Expect a game of High Society to be completed in under 20 minutes, the perfect length for a card game of this type. You can find brand new copies of it on Amazon for around $15 or at your local game store in the same range. Thanks to the generosity of Osprey Games, you can also try to win yourself a copy by entering our giveaway below! No bidding necessary, but do come back each day to better your chances of climbing up the ranks of High Society!