One of the oldest types of card games are ones that have some type of trick-taking mechanic. Hearts and Spades are among the oldest, and newer games like 12 Days of Christmas and Nevermore push the envelope with new takes on these classic titles. Rarely do we come across a completely new take on trick-taking. This week we did with the next in Eagle-Gryphon Games‘ E•G•G Series of games, Sluff Off!

At first glance, Sluff Off! appears to be just a simplified trick-taking game with number cards and a dedicated trump suit (blue). But the included color-coordinated tokens with negative numbers on them hint at something a little deeper. What makes Sluff Off! different and worth a spot on your game shelf? 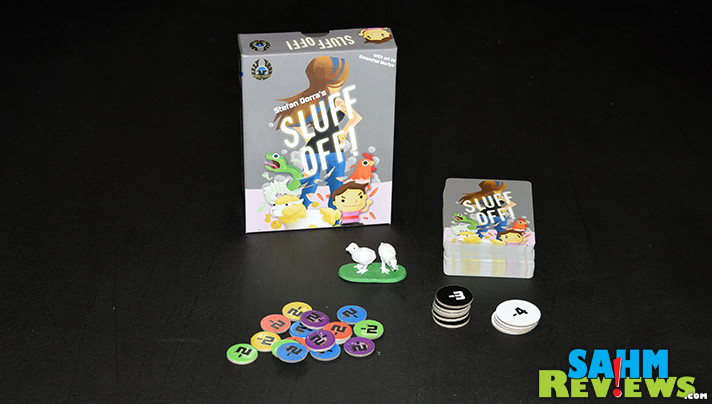 Betting. Maybe “betting” is too strong of a word, it’s more like “predicting”. In any trick-taking game you look at your hand and try to get an idea of how many total tricks you’ll take over the course of a round. Some games reward you if you collect none or all of the tricks. Ultimately, Sluff Off! doesn’t care how many you win or lose. What matters is your prediction of how many you’ll win. 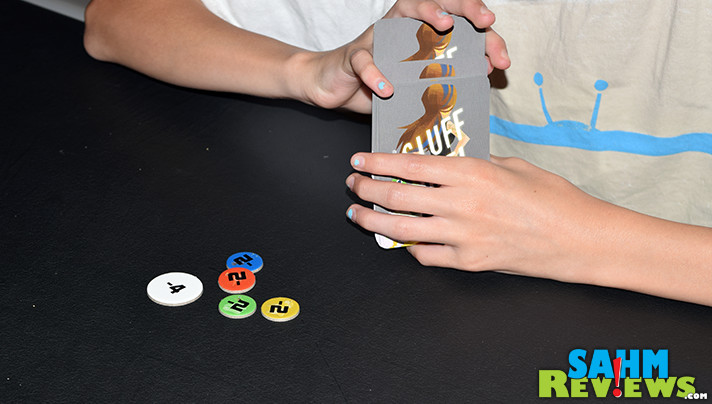 After receiving your hand of 15 cards, everyone gets the chance to determine how many tricks (and of what suit) they’ll take during the upcoming round. Each player takes a matching color token to represent each trick they believe they’ll win. You can also choose to “Sluff Off!” by taking the unique bird (chickens?) token, meaning you aren’t committing to taking any at all. 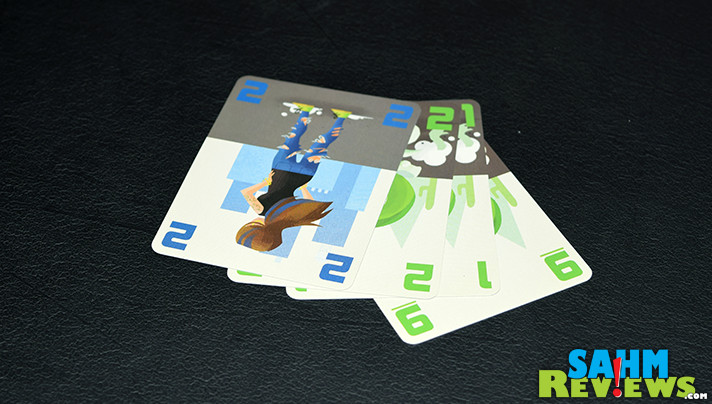 Hands are played in a familiar manner. The lead player plays a card, which becomes the suit. Other players must play a card of the same suit. If they cannot, they may play a card of another suit or one of the trump suit (blue). The highest card of the lead suit or trump wins the trick. That player collects the cards and then discards one of his tokens that match the suit of the winning trick (if won via trump, they may discard either color). 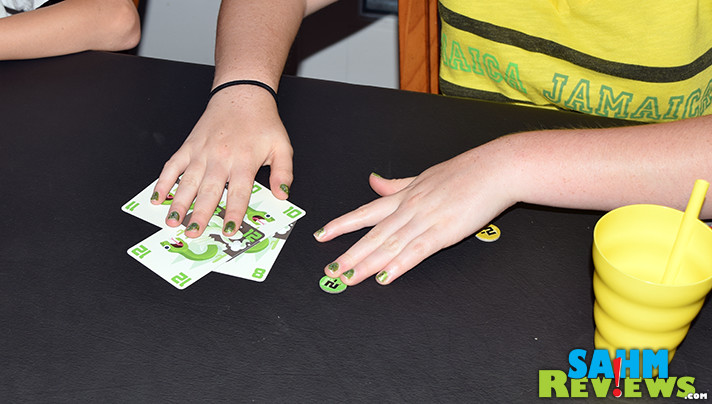 If you win a trick but don’t have the correct token to discard, you must collect a black token. White tokens may be claimed during the predicting phase and treated as a wild, but are a huge penalty if possessed during scoring. As a bonus to the player with the birds – they don’t give up any tokens for winning a trick!

After fifteen hands have been played, everyone tallies the values of the tokens still in front of them. Your best possible score is zero, meaning you correctly predicted how many tricks you’d take during the round. More commonly you’ll have some tokens left over, all with negative points on them. White tokens are -4, black -3 and the rest are -2. The player who took the “Sluff Off!” birds receives -4 points, but gains a point for every black token in everyone else’s pile! This total becomes your penalty score for the round. 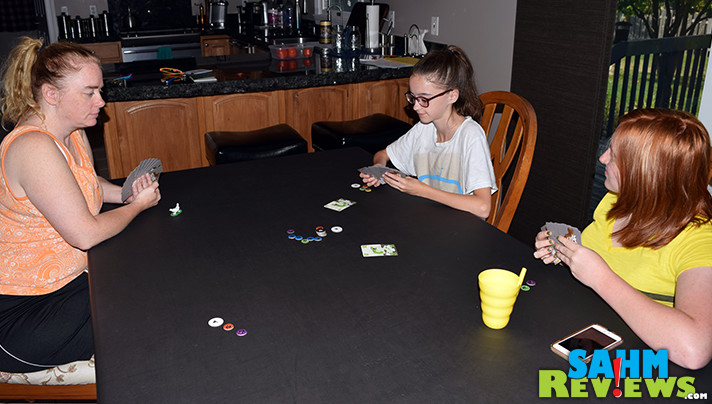 The total number of rounds in Sluff Off! is determined by the number of players and the person with the fewest penalty points at the end of the game is the overall winner! Oddly, the rules and number of cards support three to five players, but it appears the box is misprinted, as it states the game is for 2-4 players.

Copies of Sluff Off! are available on Amazon for well under $15 or splurge for the entire E•G•G Series at a discount direct from Eagle-Gryphon Games!

How well do you think you’d do at predicting your score?