Can you stand to hear me gush about abstract games one more time? Would it help if I told you it used magnets? We’ve only featured one other to utilize magnets, and that was last August when we tried out Jishaku. That one was an area-control type of game that wanted you to get rid of all of your pieces by forcing your opponent to make them connect when they didn’t want to. This week we found a copy of Turncoat by University Games, and it uses tiny magnets in a very unique way – to create random boards to play on! 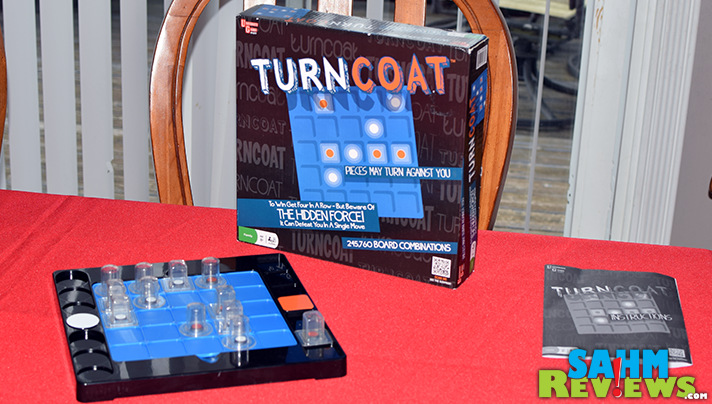 In fact, they did the math and boast a total of 245,760 board combinations. Quite a number compared to chess or checkers (one combination)! But how is it possible in such a little box? With a little bit of creative design! 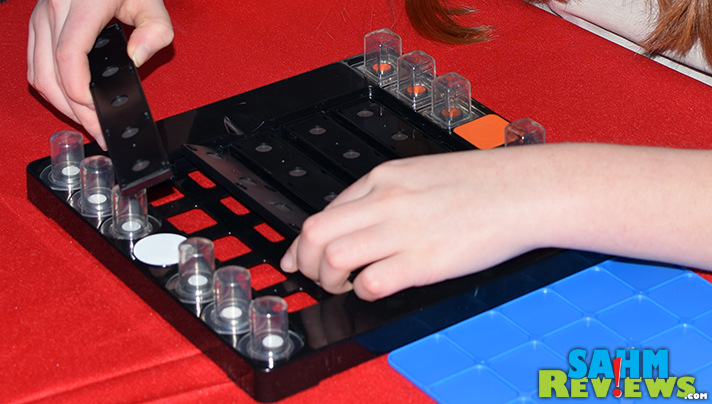 Before every game you must assemble the board. This isn’t as daunting as it sounds, the interior of the playing area is comprised of five plastic strips, each containing five magnets. All magnets are exposed on both sides, and you do not know their magnetic orientation. You can put them into the board in any order, either side up and choose between laying them horizontally or vertically. 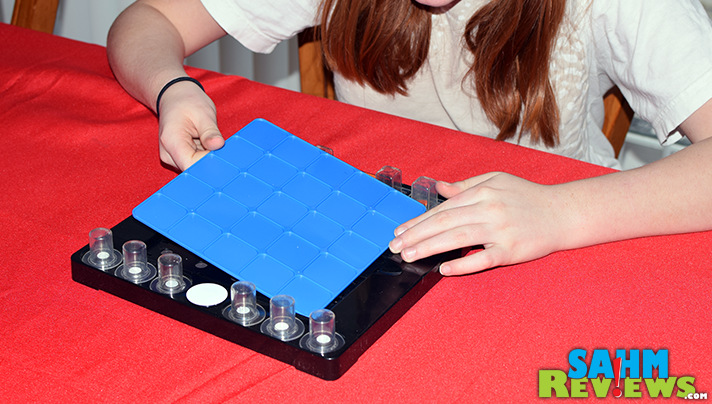 Once placed, they are covered by a plastic playing area so they are hidden for the rest of the game. Each player begins with six pawns with magnets flipped to their color. Like many other titles we’ve features (Stratos Spheres, Game of 49, Six), you are trying to get four in a row before your opponent does. But with the hidden magnets, Turncoat provides a unique twist.

Each pawn can be moved one square forward, backwards, sideways or diagonally on a turn. When they land, depending on the magnetic pole of the magnet underneath, your color may flip to your opponent’s color! Remembering which spaces flip and which don’t will be needed to successfully get your pieces lined up. 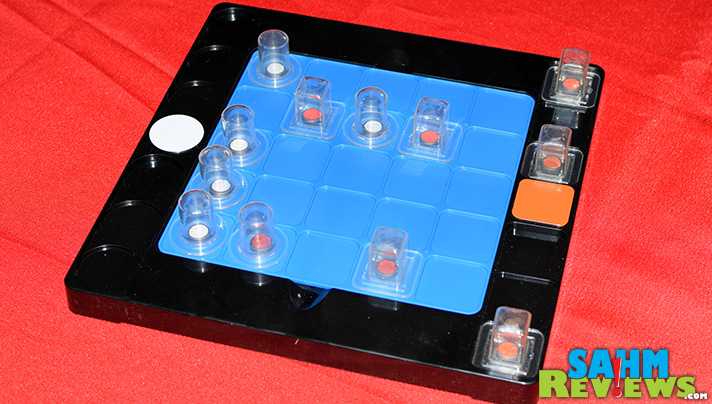 And unlike most other board games of this nature, once your piece is on the board, ANYONE can move it on their turn – they’re all free game (except you cannot move the last piece previously moved). You can also jump pieces Checkers-style as long as you announce your ending spot before doing so. This is a great tactic for discovering multiple magnetic orientations in one move by jumping multiple pieces. 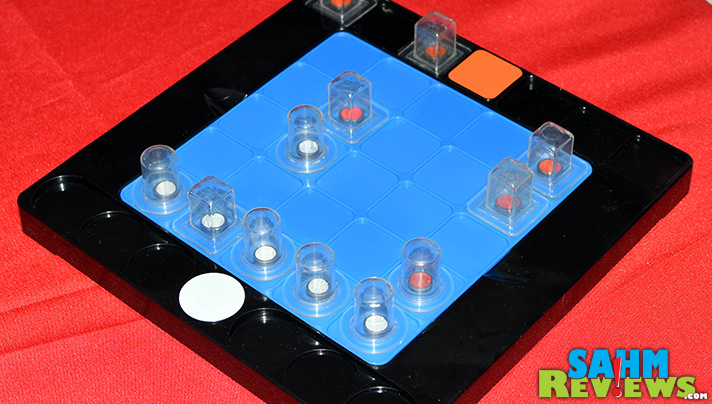 That’s all there is to Turncoat, just a back-and-forth until someone eventually is able to align four of their pieces in a row. Games last from 5-15 minutes on average, and with the outstanding number of board combinations, no two games will ever be the same.

You can still find copies of Turncoat rather cheap (currently under $10 shipped) on Amazon, a fantastic value for the replayability it offers. University Games just released their 2016 catalog – take a peek at it to see what’s new this year!