One of the great perks of writing about games is we get to play the games! We regularly game at home, at our local game store, and participate in a weekly game night at our local chiropractic college. A high percentage of the games we feature on SahmReviews eventually end up in front of both of these groups since they are eager to try out new issues (and a few old ones). Every once in a while a game is so good, friends ask us to continually bring it and give us a hard time when we neglect to. The game I’m about to show you is one of those – Why First? by Alderac Entertainment Group.

It’s funny, we have a friend in our game night group that almost never wins. He regularly comes in second place, and is always the bridesmaid and never the bride. When we read the instructions for Why First? we knew right away he would be the first person we showed it to. 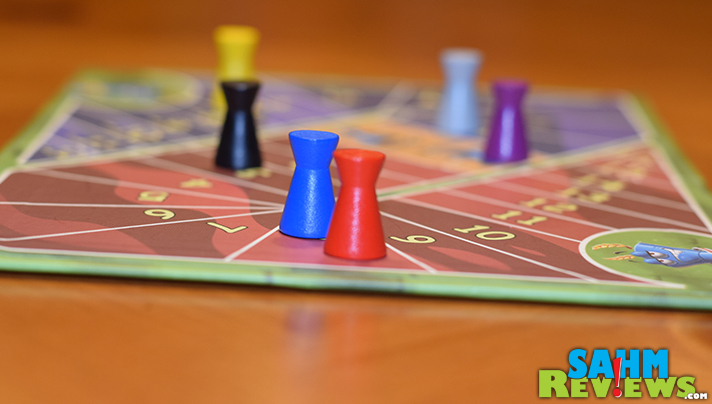 Why First? is a game completely designed around coming in second place! Played over five rounds, participants are dealt a hand of five cards with numbers on them ranging from -4 to +5. Each player selects a card to play, holds it face down on the table until everyone has made their choice. Then at the same time all players reveal their cards AND either play it on themselves or toss it in front of another player. Any player with cards in front of them then moves their pawn forward/backward the corresponding spaces on the included game board. 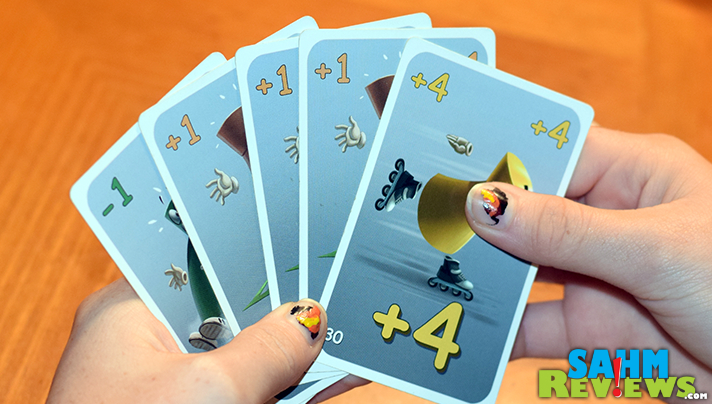 This same action then happens for the next three hands, until each player is holding just one card, which is then played on themselves (no passing). That’s the end of round one. 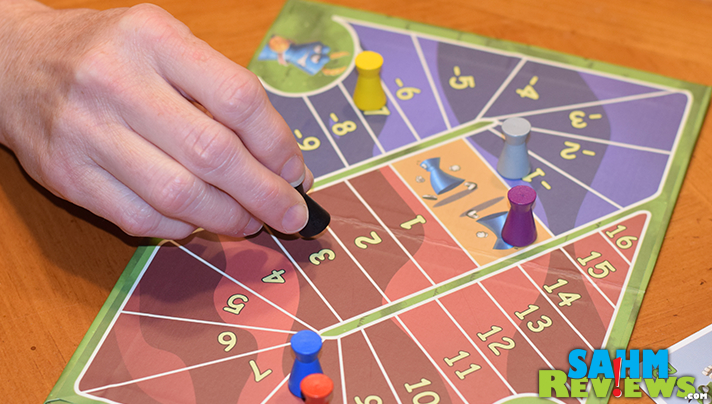 So how do you score and ultimately win? Here’s where things get very interesting. At the end of the round, the player in SECOND place scores that many points. First place gets nothing, as well as all the other pawns. If two or more players tie for first, the player in the 2nd highest spot scores. If there are multiple people on the second place spot, they all score that many points. 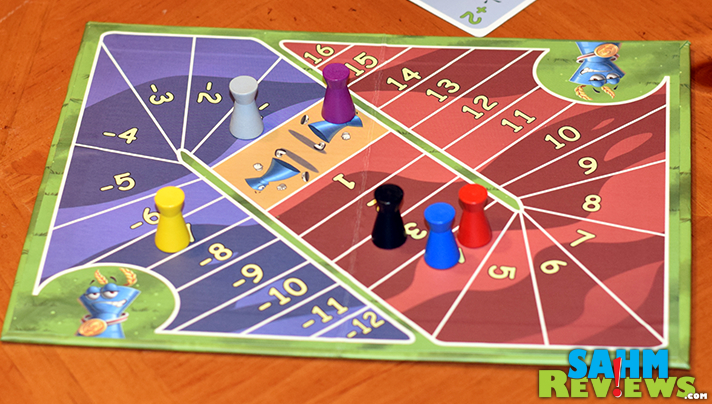 Five rounds exactly like this are played, each time scoring at the end of five hands. And if that scoring wasn’t confusing enough, at the end of the fifth round, the place in SECOND place is the overall winner! 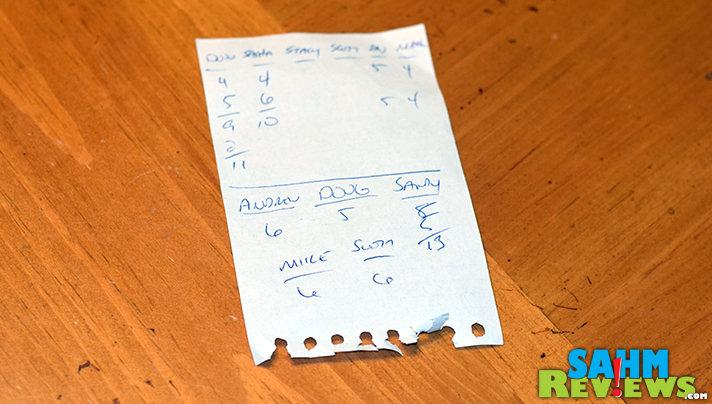 I’m not sure if my words can properly convey the amount of fun this game is. With the ‘gotcha’ element of passing cards and the need to do quick math as well as determining a strategy to not be in first place, well, we can easily see why this has been the hit of the summer for our gaming friends.

Designed for 2-6 players and ages 14+, Why First? could very easily be played by kids much much younger. While the strategy needed to consistently win might escape a 6yr old, do not hesitate on this title if your kids are in the preteen range. At a price point of well under $15 shipped, you will not go wrong with Why First? The mere fact that it plays up to six people and each game only taking around 20 minutes makes this a fantastic value. As an added bonus, it comes in a small VHS-tape-sized box, making for very easy travel.

AEG has a number of other great titles in their library, and are very active on Twitter and Facebook. Give them a follow so you don’t miss out on any holiday specials!

And our friend? Sure enough, he ‘won’ his first game of Why First? by coming in second place!

21 thoughts on “A Perfect Game for Those That Never Win”