Over the past few months we have discovered a completely different genre of game, the single-player puzzle. We’ve already told you about a company that specializes in this field and their captivating games for all ages. ThinkFun’s Gravity Maze, Hoppers and Shell Game all are designed for one player to pass the time trying to figure out harder and harder challenges using the same game pieces. So it’s no surprise that they are the current distributors for our latest Thrift Treasure find, Brick by Brick. 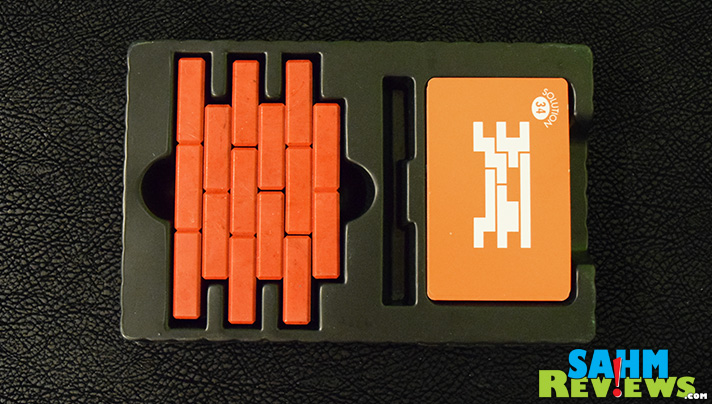 Our copy was found at a Goodwill Outlet for the price of its weight (about 30 cents). Made by Binary Arts (which later became ThinkFun) and issued in the early 90’s, Brick by Brick follows in the same footsteps as the three games mentioned above. Using five pre-shaped sets of bricks, you are tasked with arranging them to match the formation on the playing card. 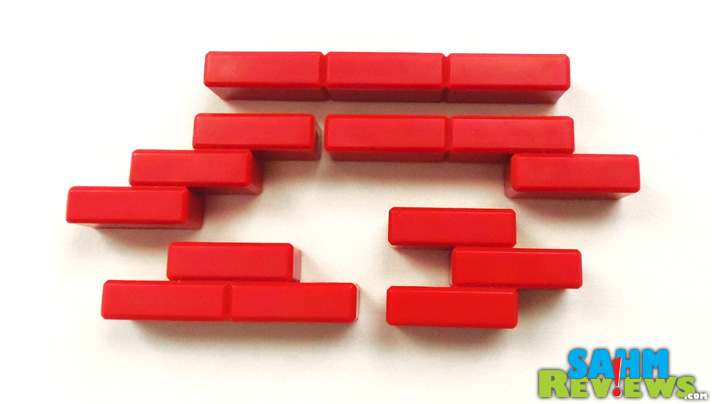 It sounds simple, but unless you possess a spatial awareness and are able to visualize it in three dimensions, arranging them can be quite challenging. Like the other games, each card you draw gets progressively harder. 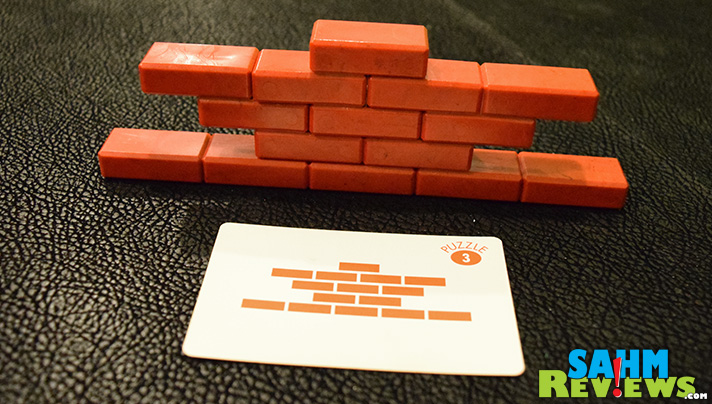 Fortunately, if you get stuck the corresponding answers are on the back of each of the 60 cards. We also discovered a unique twist that we hadn’t encountered in the other puzzles – the ability to combine additional sets and attempt even harder multiple-piece puzzles. 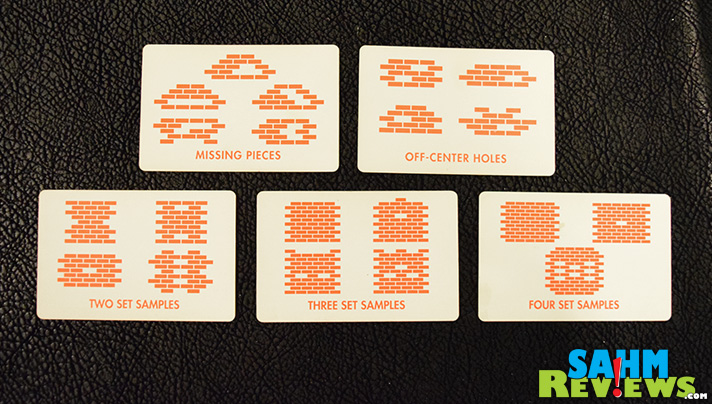 And again like the other offerings from ThinkFun, the difficulty of the later challenges will keep you busy for quite a while. Keep an eye out for this at your local thrift store or pick up a brand new copy for under $15 over on Amazon. It’ll drive you up a wall!