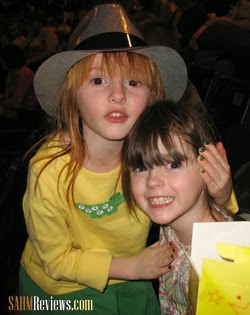 A few years back we brought the kids to the local arena for an ice show. It was High School Musical: The Ice Tour – the movie retold with all the flair and intrigue that performing on ice brings.The girls were old enough to enjoy it but too young to appreciate how talented the performers are. They were familiar with High School Musical but didn’t know character names or anything. To them, it was just about watching the performers on the ice and not so much about following the story.As for me, I was amazed at the flips, spins and general story-telling of the event. My favorite part of the entire show was a scene with the basketball team. Yes, they were dribbling balls while ice skating.

Disney on Ice: Passport to Adventure will be at the iWireless Center November 14-17th so if you’re near the Quad Cities (Iowa/Illinois) be sure to check it out and grab your tickets using this discount code*: DOIPTA Embark on the ultimate sightseeing holiday with all your favorite Disney characters in Disney On Ice presents Passport to Adventure.  Join Mickey, Minnie, Donald, Goofy and Daisy on a journey to the magical worlds of Disney’s The Lion King, The Little Mermaid, Peter Pan and Lilo & Stitch.  You’ll explore the Pride Lands with Simba, Timon and Pumbaa; voyage under the sea with Ariel and all her aquatic friends; tour London with Peter Pan and Wendy, before flying to Never Land; and travel to Hawaii to visit Lilo and Stitch.  Upbeat music, loveable characters and exciting destinations make Disney On Ice presents Passport to Adventure a holiday you’ll never forget.

Even if you don’t live in our area, their tour stops in other cities. Be sure to check it out!

*Purchase in advance; offer expires Nov. 13. Not valid on Rinkside or VIP seating. Offer only valid for the following performances: Saturday 3:00 p.m., Sunday 1:00 and 5:00 p.m. No double discounts. Limit 6 tickets.

Edit: Check out our review of Disney on Ice Passport to Adventure!