It’s been six years since we first shared about the massive, multi-year, multi-designer undertaking by Calliope Games. Affectionately termed the Titan Series, the Kickstarter project was an offering of three games per year from well-respected and reputable designers. Nine of the scheduled twelve have already released and we’ve written about eight of them. Somehow we missed one and it’s been driving me crazy because I had retroactively linked to all of our overviews in the promotion for the Titan Series Kickstarter. And this one missing piece kind of stands out like a sore thumb so here we are. I’ll feel better about it… until the next three games release, of course! 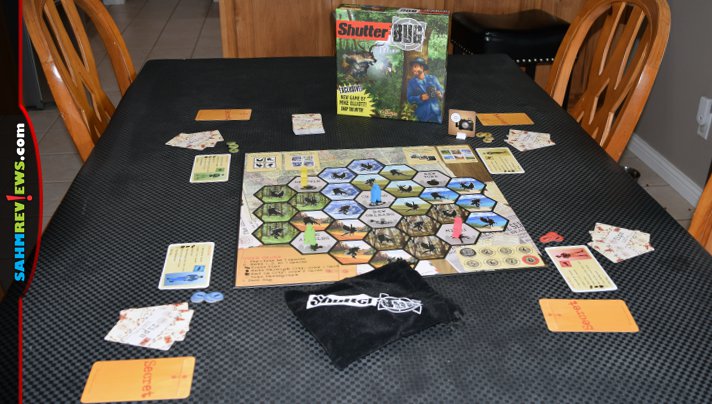 ShutterBug, designed by Mike Elliott, is a family game about a 1932 photography expedition to gather images for popular tabloids. We’re not talking about paparazzi stalking the hottest celebrities. This game is all about snapping photos of creatures that are subjects of legend and myth. Get ready for your adventure by placing the game board in the center of the table, placing the 48 creature photo tiles in the bag and giving each player a character pawn, turn order card and side job markers. Give each player one random secret assignment card (face down) then return the remaining to the box. After shuffling the deck of tip cards and dealing three to each player to create their starting hand, place the remainder alongside the board as a draw deck. Each player selects a starting city and places their character on that space. 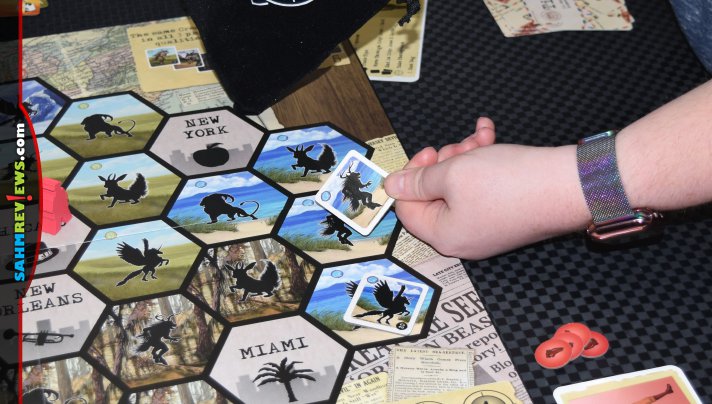 Over the course of eight rounds, players take turns as the active player. On your turn, you populate the board, move your character, perform actions then discard down to a hand of seven cards. The only way you can capture photos is for there to be creatures on the board. At the beginning of your turn, you’ll draw creature photo tiles from the bag and populate the board until seven spaces are covered. 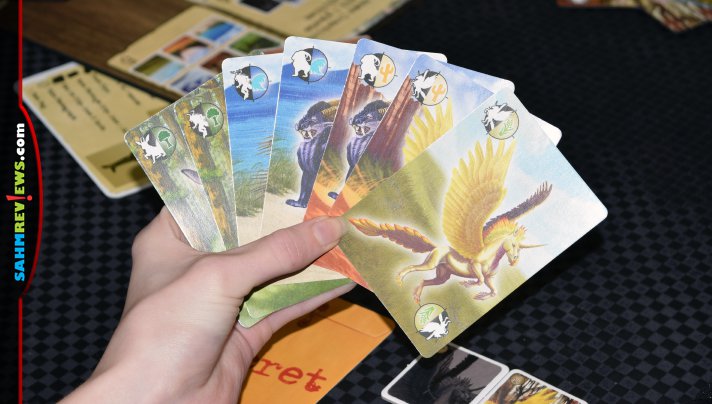 Move your character up to three spaces on the board then take actions on each of those three spaces. First, if you have tip cards and you occupy a space with another player, you may opt to initiate a trade. You place a card face-down in front of you then select a random card from your opponent. They acquire the one you left behind. If you move through a city space, you draw a new tip card into your hand. Finish your move in a city earns you two tip cards. 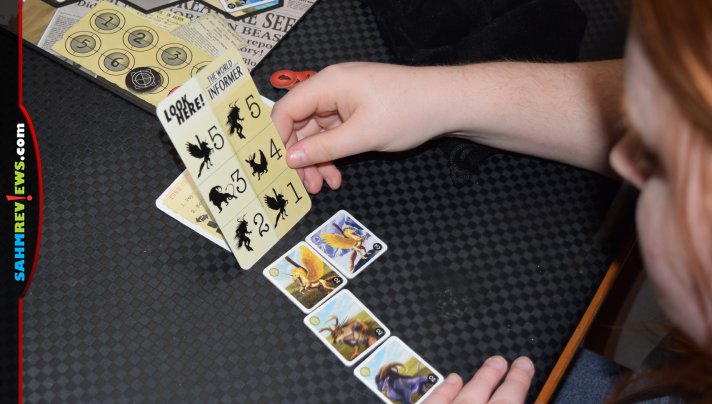 The meat of the game is in the photography. That’s why we’re on this expedition in the first place, right? So naturally, you’ll want to move to spaces where you see a potential creature, keeping in mind the personal goal on your assignment card. Assignment cards represent which photos the competing tabloids are seeking. If you pass through a space with one of the creature tiles then you may collect the tile by discarding a number of tip cards equivalent to the photo quality. However, one of the cards you are discarding must display the matching creature. The remaining tip cards must match either the creature or terrain. 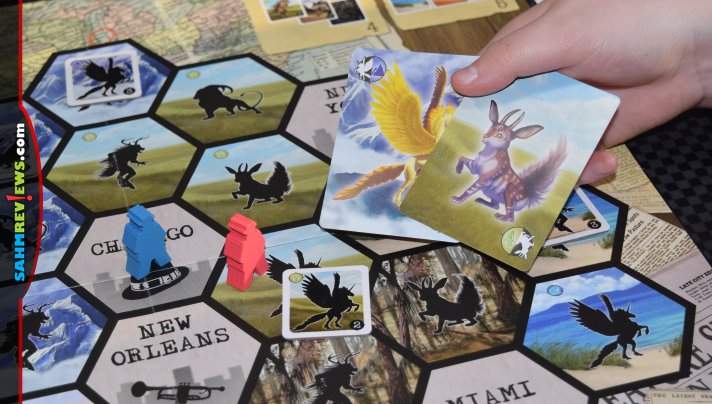 When you acquire a creature photo tile, you add it face-up to your portfolio. The photo quality is the scoring value for fulfilling your secret assignment. Finish your turn by discarding to the hand limit then the next player begins their turn by populating the board. This process ensures that all players will have an equal number of opportunities to cross paths with the creatures. Your secret assignment card displays two sets of requirements and you’ll be able to commit to one of the two projects at the end of round eight. If your portfolio includes quality points equivalent or greater than the requested value, then you’ll be able to earn points for that creature’s photos. If not, then you’ll score zero for that creature type. 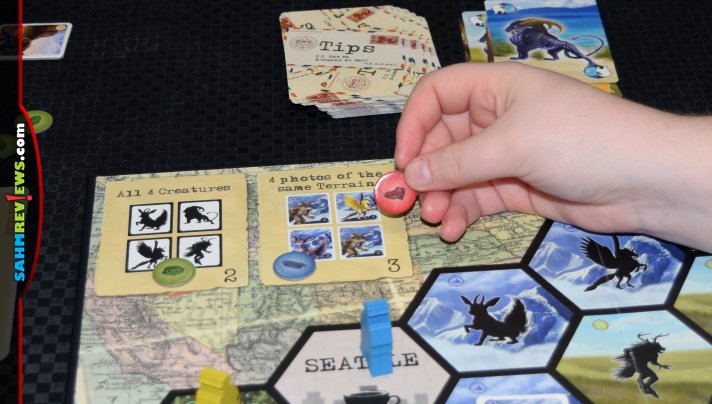 The game board also depicts a handful of side jobs that you can work toward. In addition to earning end-game points for images sold to the tabloid based on your secret assignment, you can also snag a few extra points for pick-up work while on location. Each player who meets those requirements is able to earn points for the side jobs. After all points are calculated, the photographer with the most points earns the title of ShutterBug.

The game is family-friendly and easy for younger players to join in. Copies can be found on the Calliope Games’ website and Amazon, but also check with your local game store about availability. Check out Twitter and Facebook for the latest projects, assignments and photographs from Calliope Games. Whether you think you have the photography skills to score the tabloid gig or not, we’re excite to share that Calliope Games has offered a copy of the game for one lucky reader. Enter the giveaway for a chance to win!