We seem to run across a number of educational games when we shop at thrift. It isn’t uncommon to try to use a board game as both entertainment and an educational tool. Over the years there have been a number of companies that specialized in this type of game. They target both the homeschool market and advertise to grandparents who are looking for a gift idea they can feel good about giving. But once the child outgrows the subject matter, these games inevitably end up at Goodwill for a couple bucks.

In nearly every instance, we pass on buying these types of games. Not because they don’t offer a good lesson, but because they’re not fun to play. Most are so focused on the lesson plan they forgot to employ good game design. This week we made an exception to our “no buy” rule when we found two games by Teaching Concepts. The ratings on BGG were low, but the art and design of the boards made them worth the $1.88 asking price each. 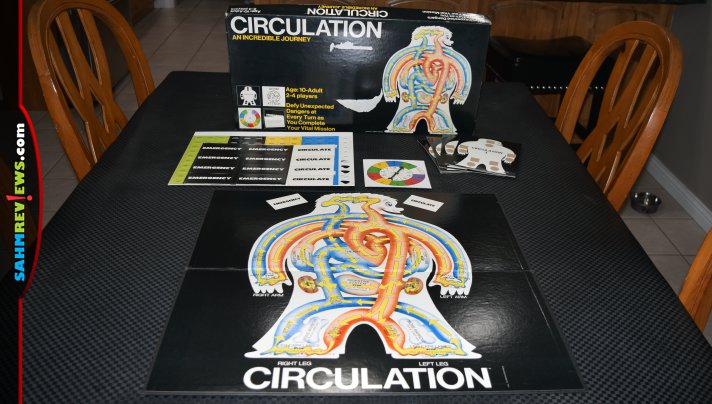 Thanks to my recent hospital stay, this one caught my eye first. It’s a pick-up-and-deliver game which requires players to use a “plasma tray” as their pawn. Your goal is to deliver food and oxygen to the brain and limbs. Along the way you will also pick up waste and must dispose of it before continuing your journey (gaseous through the lungs and renal through the kidneys). 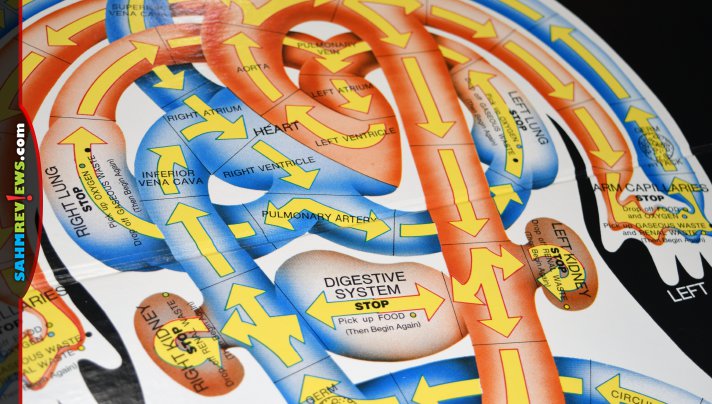 Circulation uses a spin-and-move method of moving around the board, which can be very slow. Instead of moving, you might also get an “emergency” as a result. Draw a card from the Emergency Deck, which will tell you what part of the body needs immediate attention and the event that caused it. This must be attended to before returning to your regular game play and typically requires you to deliver white blood cells to a specific area. Each player begins the game with one white blood cell in their plasma tray and can earn additional by collecting it from the bone marrow. 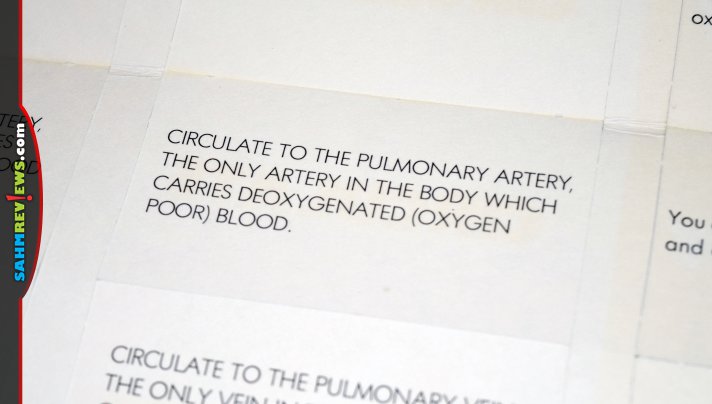 The first person to successfully deliver food and oxygen to all five locations (the head and four limbs) is the winner of Circulation. For a shorter game, you can dictate that only one arm and one leg need be supplied.

Space Hop: A Game of the Planets 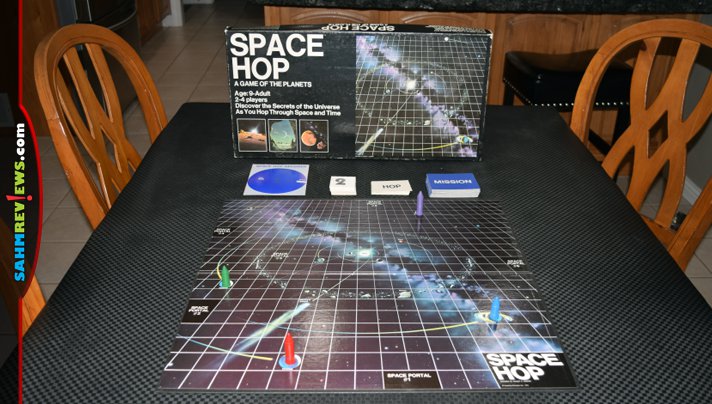 Space Hop is a bit simpler than Circulation but makes up for it with its large space-themed board. Each person is collecting points by visiting various planets, trying to be the first to collect 25 credits or more. Players begin the game by rolling one die and starting the game on the space portal with the matching number. Three decks of cards (mission, hop and SNC) are shuffled and placed next to the board. A game of Space Hop is ready to begin. 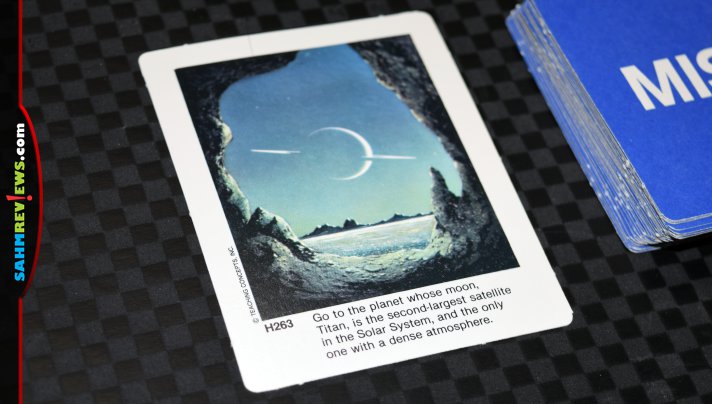 Before the first roll, all players will draw one Mission Card from the top of the deck. This determines the current destination that player is trying to reach. The card is not specific, but gives clues about the location with trivia. If a player does not know the answer, they may look it up using an included decoder wheel and referencing the special code on the Mission Card. This forfeits their turn, but guarantees they are headed in the correct direction. 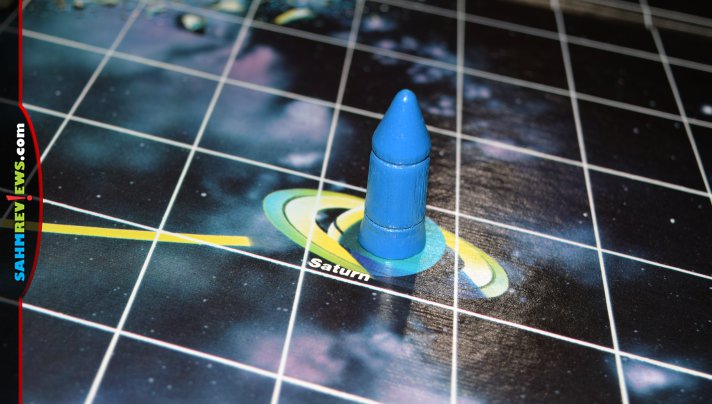 On a turn a player will decide whether to move from portal to portal (if they began their turn on a portal) or navigate their ship normally by rolling two dice and moving the indicated number of squares. They must avoid all obstacles (other ships, asteroids, comets, the Sun, etc.) and eventually be able to land on the destination by the exact roll of the dice. Any time a person rolls doubles, they are allowed to draw a Hop Card after completing their movement. This allows for quick movement across the board, hopefully in the direction in which they were headed.

Once at a destination, the player draws an SNC card (two, if the mission is preceded by an star). These award the player credits and are kept secret from other players. A new Mission Card is drawn and play continues in the same manner until one person amasses 25 or more credits and becomes the winner of Space Hop.

As with most other educational games, there is no revolutionary game play to be found in either of these Teaching Concepts examples. Both games were designed by specialists in the subjects’ field, not game designers. However, if you do like well-illustrated games that might look nice framed, you won’t go wrong at a couple bucks for a complete example. There are also used copies of Teaching Concepts games always available on eBay, including examples of their other four issues in other subjects.

Have you ever found an educational game that was actually fun to play?