Maybe I wasn’t very accurate when I said we didn’t normally purchase educational games when shopping at thrift. I thought last week’s finds of Space Hop and Circulation would be the last lesson-themed games I would purchase for a while. Then this week we found another. The ONLY reason it made its way into our cart was the fact it was all about our state of Iowa!

Discover Iowa is a game we knew about, but did not have in our collection. It was at the top of our (short) list about Games All About Iowa from a couple years ago. I figured it was only a matter of time before we found an example at thrift and this week was the week! 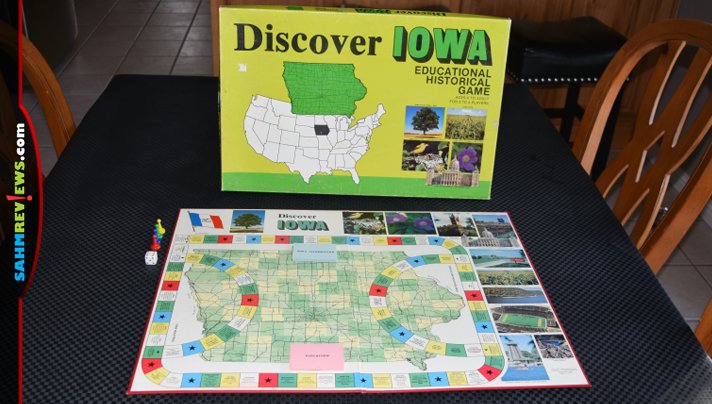 Just like last week’s Thrift Treasures, there isn’t much game play to Discover Iowa. It’s another in the roll-and-move genre and accommodates up to four players. Each player begins the game on the designated “start square” and rolls one six-sided die to move their pawn forward. 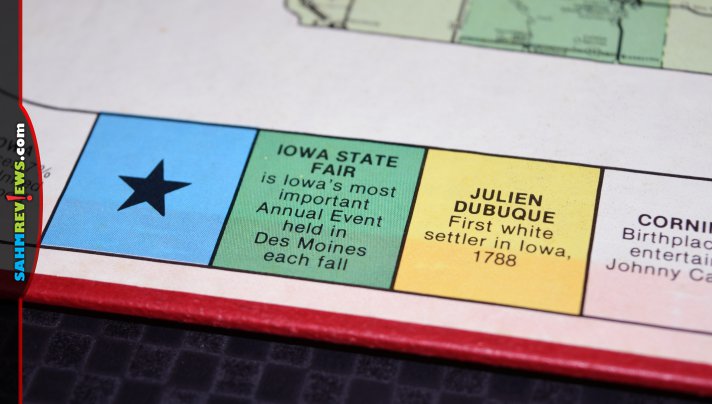 There are three types of spaces you can land on. First, normal spaces will feature a city name or landmark and an interesting trivia fact about the location. Spaces marked “detour” will require that player to take an alternate path to explore the state’s Educational Institutes and/or its Industrial Manufacturers.

The third type of square has a blue or red solid background with a black star. These require you to draw a card from the matching-colored deck of cards. Red locations are violations and will move you backwards on the board. Blue ones feature additional information and award you with bonus movement or even allow you to ignore any detours you encounter. 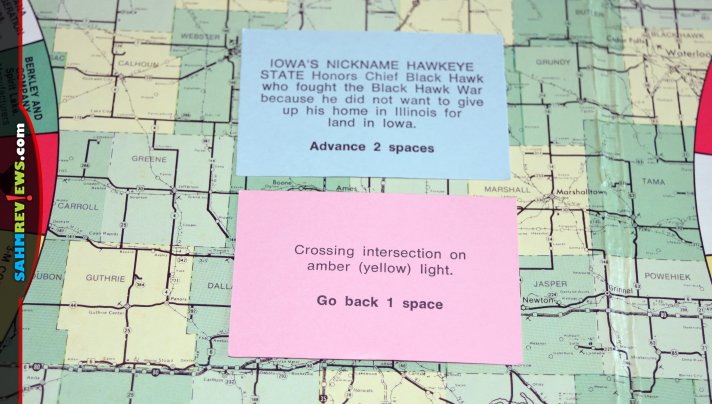 The entire goal of Discover Iowa is to just be the first to reach the finish line (the last square on the board). You do not have to roll the exact number, just cross it first. As you can see, not only does the game allow the first player to have an advantage, there is no reason to really explore the state since you just want to be the first to cross it! 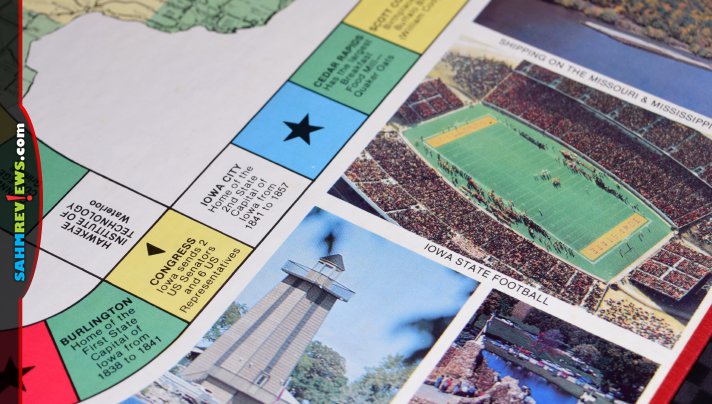 Copies do surface from time to time on eBay, but not that often. Discover Iowa was originally published by Hesse Limited out of Sioux City, so I’d expect examples to be more prevalent locally than nationwide. If you happen to run across a copy at a yard sale and love our state, it’s worth a couple bucks just for the trivia!

Are you aware of any games specifically about your state?