Home / Recreation / Games / Six Board Games All About Iowa 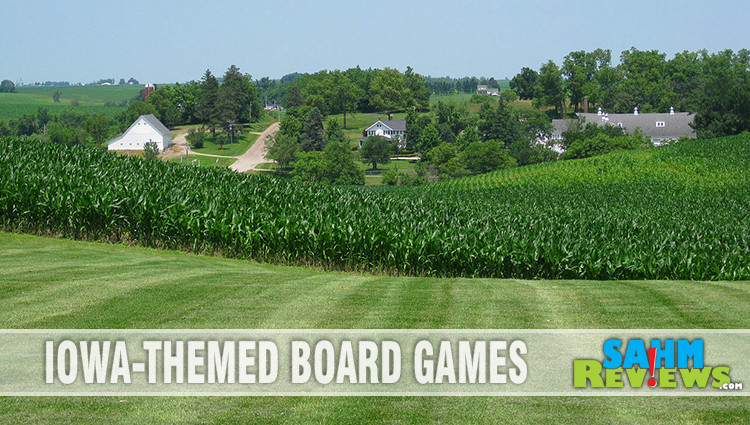 Six Board Games All About Iowa

When designing a board game, it is natural to opt for a theme that is familiar. One of the most lucrative options over the years is to rebrand a classic game with a state, college, business or school and offer it as a fundraiser or limited edition collectible. There is no lack of themed versions of Checkers, Cribbage or even playing cards.

But this list isn’t about those! These are the limited few games all about our own state of Iowa! From the list you’ll see there are few choices, and the ones that are available may not be titles you’d like to have in your collection. Unless you’re completists like ourselves! We’re actively looking to add one each of these to round out our state collection! Fortunately the list isn’t too long – we’ve discovered just six that meet our criteria before we can move on to the scores of city-based versions of Monopoly games available just in our state! 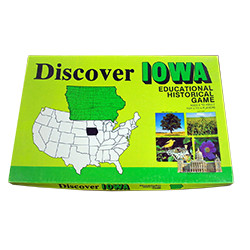 This is a simple roll and move game featuring a map of the state of Iowa. There are two decks of 16 cards with basic information on Iowa which must be played when pawns land on various spaces. 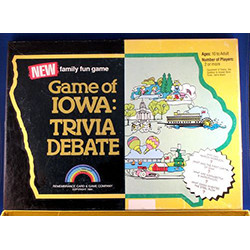 A roll-and-move trivia game with questions about Iowa. 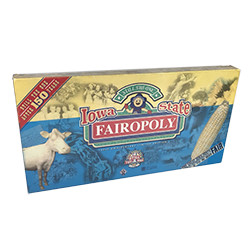 Iowa State Fairopoly board game is a spinoff the popular Monopoly game, produced by an advertising firm in Newton, IA in 2004 to celebrate the 150 Year Anniversary of The Iowa State Fair. 150 of these board games were auctioned off, with the highest bid coming in at $1250.00. 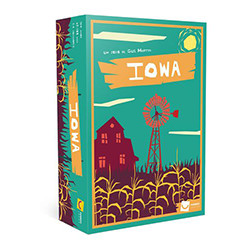 Iowa is a tile laying and resource management game for 1 to 4 players, where players are put in the roles of corn farmers in the plains of Iowa. Players will take turns placing their workers to plant, grow, harvest, cure, cook and trade Corn in the plains of Iowa. Players start off with a single worker, representing themselves, and every season the farm will grow in the form of a new worker. These must be handled with care and fed, or they will abandon you, costing precious points in the end. Every turn will also bring a new weather condition, which will influence how the turn is played out. Ranging from nice sunny days to terrible blizzards, they will either help you or hurt you.

This IOWAOPOLY board game is perfect for University of Iowa alumni, students and future grads. Tokens include: alarm clock, pencil, gym shoe, bicycle, and graduation cap. Board Spaces include: Kinnick Stadium, South Johnson, Herky the Hawk, and Iowa Memorial Union. 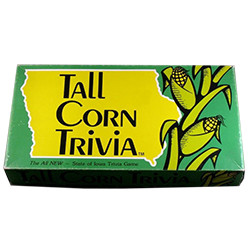 Maybe it’s time to move to a new state as the selection here is quite sparse. I would love to examine some of the Iowa-themed questions in the trivia games and owning a copy of Iowa Fairopoly would make for interesting conversation. There was an attempt at a railroad-themed 18XX game based in Iowa titled 18IA, but it doesn’t appear to have been actually published. Maybe someday our state can boast about a better game than these!

Do you know of any great games about your state?

6 comments on «Six Board Games All About Iowa»