It seems like just the other day we were discussing the use of Cthulhu-themed games. Oh right, it was just the other day! Unlocking Insanity was our feature two weeks ago and the latest roll-n-write game in our collection. Last month we were also playing Cult Following, an improv-like card game for cult founders looking to recruit new members.

Lately we’ve been enjoying Crazy Cultists by a new publisher, Rocket House Games. This inexpensive card game challenges up to six players to be the first to light all of their candles in a ritual to summon The Dark One. Inside the box is a deck of cards, six pentagram boards, candle tokens and the rulebook. 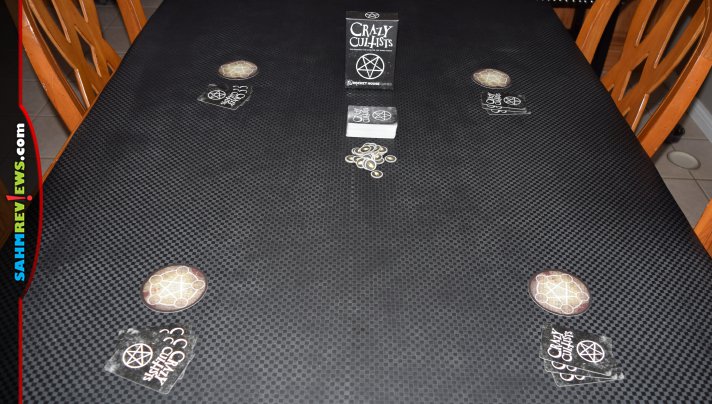 Setting up for a game of Crazy Cultists takes only a couple minutes. Shuffle the deck of cards and deal out three to each player. Everyone takes one of the pentagram boards to track their progress. Candle tokens are placed in the middle of the play area within reach of all players. Choose a first player and you’re ready to begin! 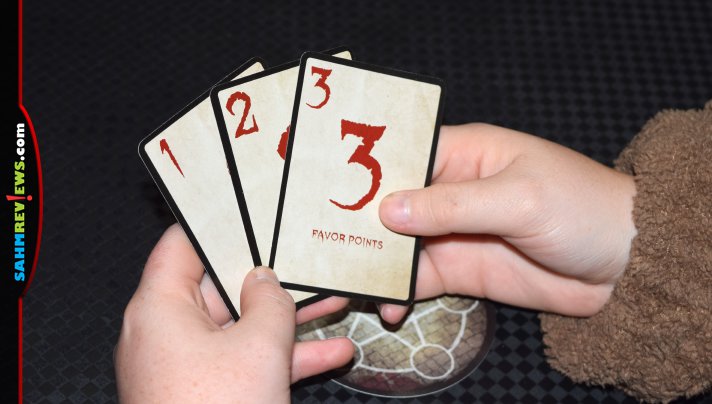 Your goal is to earn a candle by amassing cards that total ten or more points. During your turn you will play a card from your hand. Everyone has a hand limit of three and will draw up to or discard down to that amount immediately. There are a couple types of cards in the deck which might affect you or other players. First are the Favor cards. These feature points valued between one and four and are played in front of you into an increasing column of cards called the Favor Stack. The sum of this group will determine when you get your candle. Once you meet or exceed 10 points in the stack, you discard them all and take a candle token to place on your board.

Hijinx Cards are the other type you will find in the deck. These are used to target other players to interrupt their attempts to build a stack. They will require your chosen opponent to discard a number of cards from their Favor Stack, show your hand to the person who played the Hijinx card on you or even lose a turn when you are polymorphed into a sheep! There are also Counter-Spell cards which may be immediately used to negate the effects of a Hijinx card played on you. 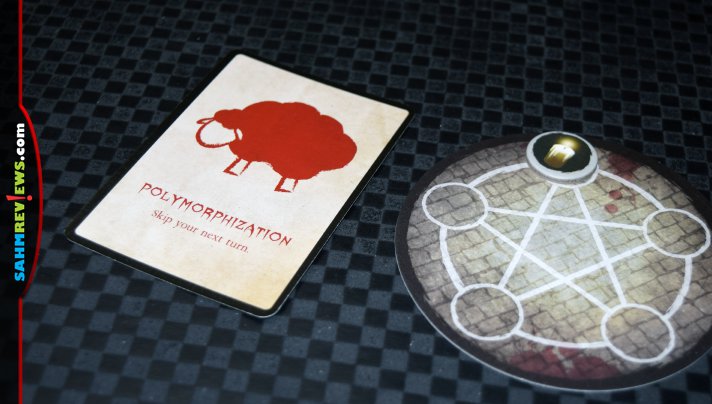 Each time you collect a candle, you must start over on your Favor Stack since the cards are all discarded. Each candle you have in your pentagram counts as a point towards your next candle. In essence, each subsequent candle is slightly easier to obtain! The first person to collect five candles wins Crazy Cultists! 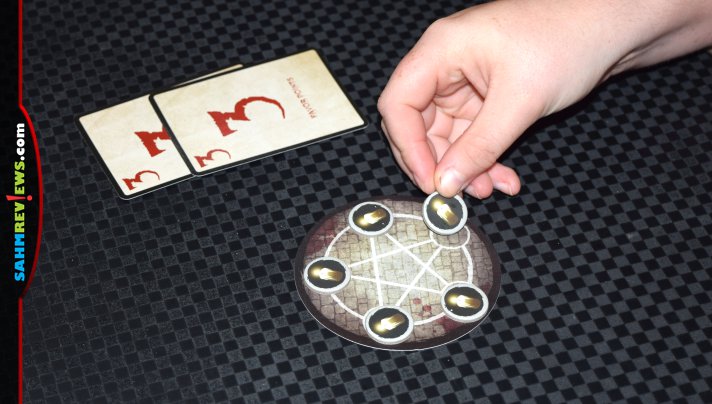 If you enjoy card games with a lot of “take that”, Crazy Cultists fits the bill. While it sounds easy to get to ten points for a candle, you are potentially the target of every other player. If you don’t enjoy a lot of player interaction, this might not be the best solution. We also have to bring attention to symbology and a theme that may offend some people. For this reason, we agree with the age recommendation of 10+, even though the gameplay itself would be fine for younger players. 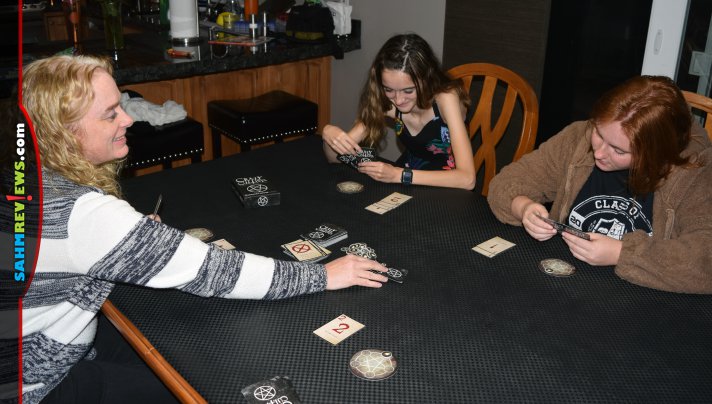 Crazy Cultists can be found on Amazon or direct from Rocket House Games for around $23. If you like what you see, be sure to follow them on Facebook and Twitter to learn about the next game they’re working on, Potion Panic! It is slated to hit Kickstarter shortly!

Do you have a favorite cult-themed board or card game?