Unless you’ve been hiding under a rock, you’ve seen a new trend in games as of late. We’ve featured a number of these new roll-n-write games this year, including Rolled West, Second Chance and Dice ‘n Score Farm. We don’t see this trend dying down any time soon. The games offer a lot of entertainment for much less money than a standard board game due to having so few components. If you’re not familiar with this type of game, I’m sure you’ve played one without knowing it – Yahtzee!

Another item which has been popular in board games for quite some time is the theme of Lovecraft. The Cthulhu Mythos has been seen in numerous games, including Tower of Madness. A common thread is the inclusion of insanity. In Lovecraft’s fiction, victims would go insane just knowing about horrific beings of the Mythos. Most Cthulhu-themed games incorporate insanity as a punishment for the players which they must overcome. We found a game that handles things a little differently – and it is a roll-n-write game also!

Unlocking Insanity by Petersen Games is designed for two to five players and can be enjoyed in around 30 minutes. Set in the Lovecraft world, you and your opponents are aspiring cultists who are becoming indoctrinated in the teachings of the Great Old One. You might become insane or just a little mad as you try to resolve the dice results to your advantage. 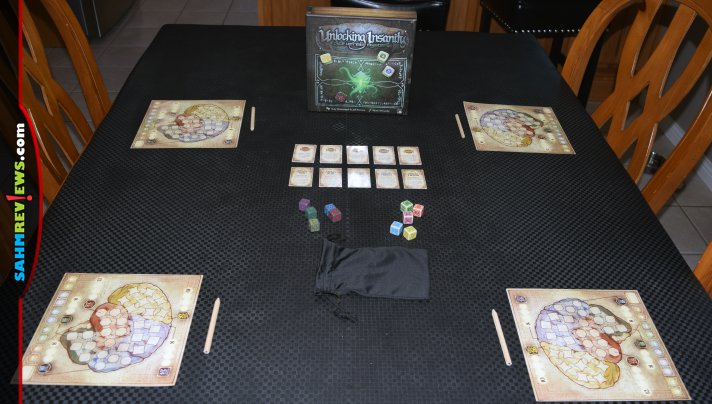 As with most roll-n-write games, setup is very quick. Give each player one of the full-color sheets representing the human brain and a pencil. Give the five Positive dice to whomever will be first player and place the five Negative dice into the included drawstring bag. Cards are sorted by type and set in the middle of the play area. 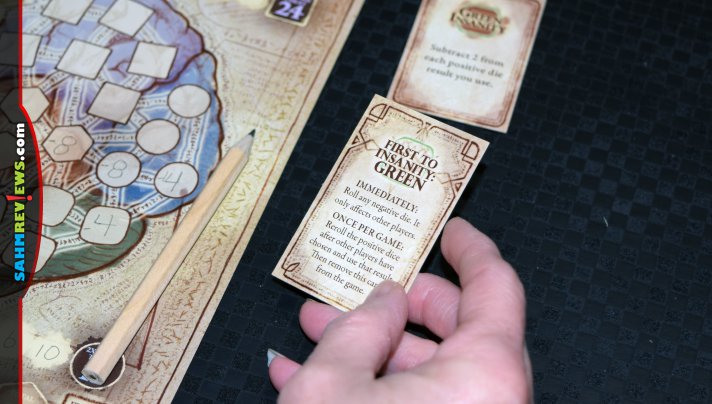 A game of Unlocking Insanity is played over rounds, which is broken up into several steps. The active player first checks their sheet at the beginning of their turn to see if any of the colored areas on their brain sheet has a larger negative value than its positive value (this won’t apply at the start of the game). If so, they go insane in that color and take a matching Insanity card. If they are the first player to go insane in that color, they also take the First to Insanity card of that color. Insanity cards generally hinder your ability to play effectively, but the First to Insanity versions award you with something that will affect the other players and not you! It also offers a one-time bonus to be used at a later time! 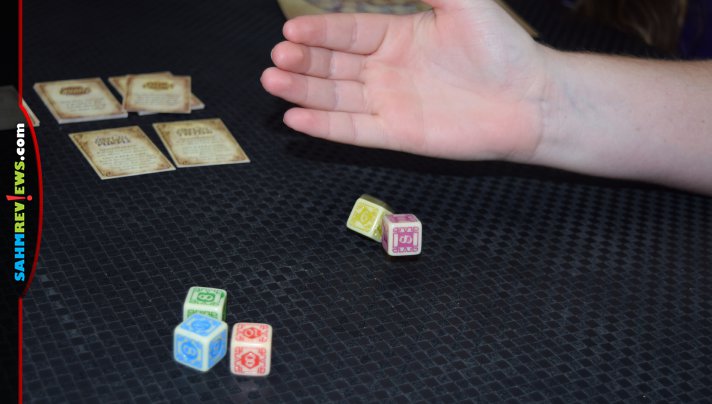 For the next step, the active player selects two of the positive dice and rolls them. All players select one of the two results to record in a positive space on their brain sheet. It must be placed in a space matching the die’s color. Then the active player randomly draws a negative die from the bag and rolls it. Everyone must record this result in the matching negative brain space AND an adjacent space, which are connected by hashed lines. To clarity, this means you are recording the result twice. If you cannot place either negative die result in a brain space, you must cross out an empty positive space of the matching color. If those are already used, move to an adjacent color and cross one out. When the bag is down to just one die, refill it with the used dice so the next player is drawing from all five. 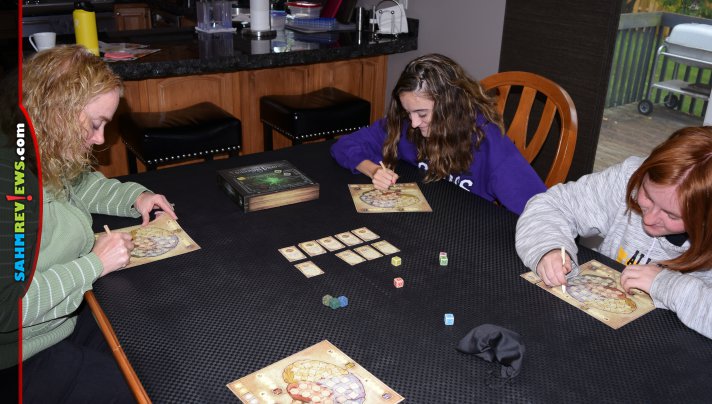 Earlier I mentioned how you would go insane in a brain section that has a larger negative value than positive. The same goes for having a positive value greater than negative. If you were insane and manage to climb your way back out by getting your positive value to be higher, you may return the Insanity card and no longer suffer the penalty. 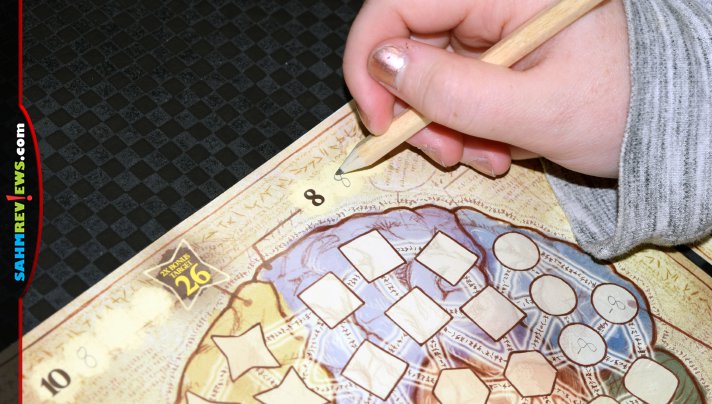 Every color section has a target bonus for positive rolls. If you are able to get your positive values to total exactly that number, you will score double for that row at the end of the game. A game of Unlocking Insanity ends when any player has filled up all of their positive spaces or negative spaces on their sheet. Everyone totals their score by adding up the total positives and total negatives, recording the results of each at the bottom of the sheet. The person with the highest sum total of these two numbers is the winner, with ties awarded to the person with the most positive spaces filled! 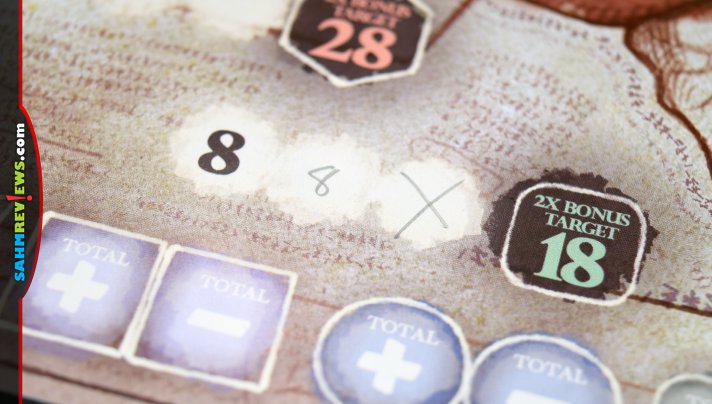 Unlocking Insanity is available at your favorite local game store, direct from the publisher or on Amazon. If you weren’t already familiar with Petersen Games, check out their website full of titles from the Cthulhu Mythos as well as a number of very tactical miniature-based games. Follow them on Facebook or Twitter to find out what other insane things they’re working on, including a current Kickstarter campaign for a follow-up to their very popular Planet Apocalypse!

What is your favorite H.P. Lovecraft themed game?