When my daughters were old enough to progress beyond standard board games like Checkers or Candyland, one of my first purchases was a deluxe chess set. I wanted to teach them how to play the centuries-old strategy game and have their experience be with a product they would remember and pass down to their children. I ended up buying a deluxe chess set off of Amazon and gave it to them for Christmas at least ten years ago.

Both of them picked up the game pretty quickly, but it didn’t capture their interest as much as I thought it would. That’s a problem for a lot of people when so many great new games are released each year. While I don’t see the popularity of Chess going away any time soon, younger players seem to gravitate towards some of the newer offerings like Dungeon Drop, Hues and Cues or Disney’s Jungle Cruise Adventure. 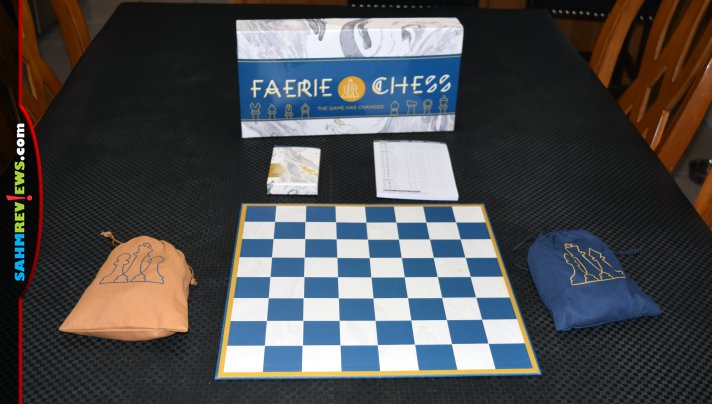 But what if that classic game of Chess was upgraded? Not just the quality of the pieces, but the entire game. That’s what we’ve found with the new Faerie Chess by Brybelly Holdings. It’s a very modern take on the classic game of Chess with quality components and over a dozen new pieces with new moves to try out. 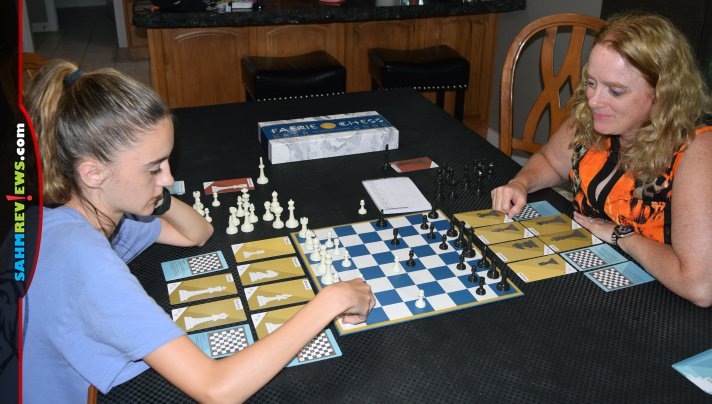 If you’re a regular reader of SahmReviews, or found your way here through a Google search, I’ll assume you already know a little something about games. And you couldn’t be a self-professed gamer if you didn’t already know how to play the game of Chess. So we’ll skip over the basics and look at what new things Faerie Chess brings to the table. 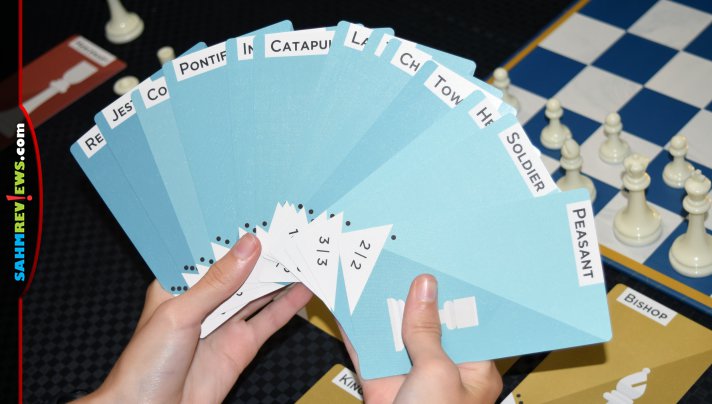 Faerie Chess plays in pretty much the same manner as a regular game of Chess, with the exception of new pieces. Each piece available is represented by associated cards listing the piece’s name, it’s rank, point cost and stalemate value along with an image so you can match it up easily. 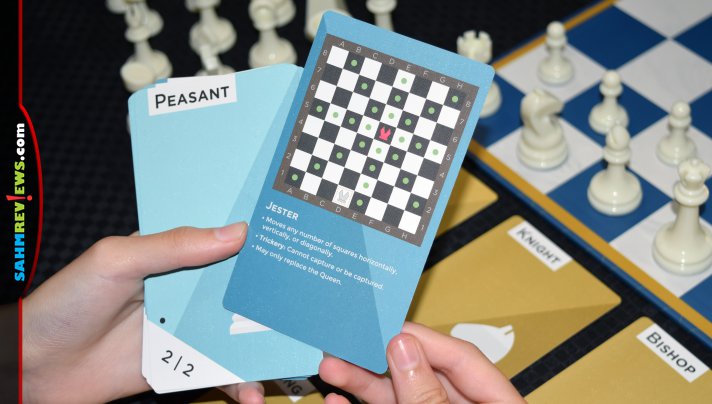 Setting up for a game of Faerie Chess is as simple as grabbing the sixteen regular Chess pieces of your color and then deciding which of them you’d like to swap out for new ones. Both players will agree on a total point value of their army (say, 65 points). The basic Chess set pieces sum up to 58 points, so you’ll have a total of 7 points worth of upgrades. 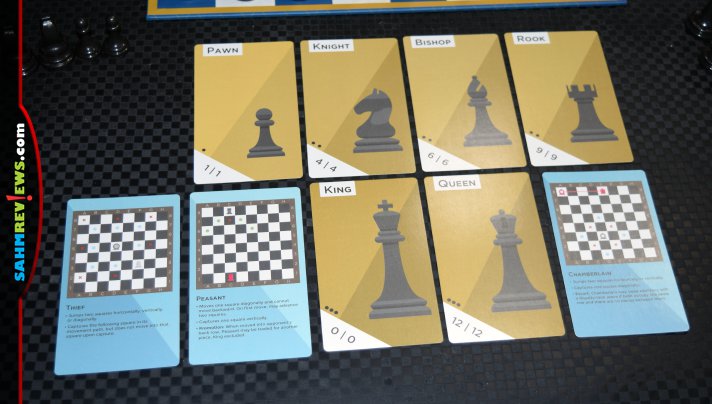 This is where the rank of the piece comes into play. You may only swap for a like rank (rank 1 for another rank 1), but they may have different point values. For instance, swapping a pawn (1pt) for a peasant (2pts) will cost you one of your seven upgrade points, but will give you access to a new type of move. 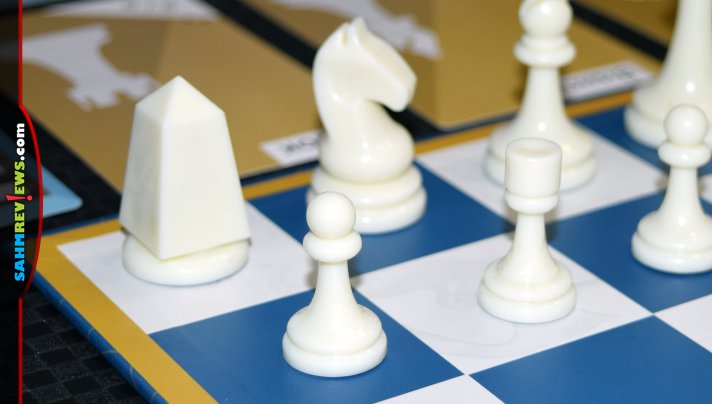 In total there are fourteen new pieces you could utilize if you have the points to spend. The aforementioned peasant moves diagonally and captures vertically – the exact opposite of a pawn. Catapults jump three squares orthagonally, Lancers jump in a long “L” shape and Jesters move in any direction and cannot be captured nor capture other pieces. The sheer number of new pieces and moves means every single game you play of Faerie Chess will be different. Especially since your opponent will probably have chosen different characters to field! 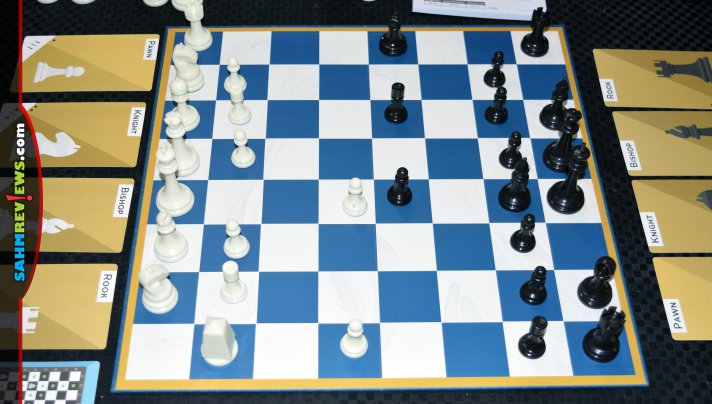 It doesn’t take long to get used to the new pieces and each time we’ve played we purposely try out a new one or two so we can become more familiar with them. Considering how much I paid for the deluxe set, Faerie Chess is a bargain at $25. You technically get two games for one price! You can find copies on Amazon or direct from Brybelly Holdings on their website. While you’re there, be sure to check out the other classic games they offer – from Backgammon to Mahjong!

How old were you when you learned to play Chess?