For quite some time I have been saying that trivia games can be tough for families – especially when kids are younger. Kids may have the advantage when playing speed, memory and dexterity games, but adults have the leg up when it comes to strategy, trivia and word games. Life experiences and vocabulary make it difficult for families to be on an even playing field with the latter. Creating a party game that involves multiple generations can be difficult, but it is possible. In addition to Hues and Cues, we were invited to play a game via Zoom with friends from the game industry. It happened to be a trivia game which made me realize there are always options, it’s just a matter of finding them! When I saw the description on Smart 10 describing the game as “200 questions 2000 possible answers” I knew this one would be able to address the age differences. So we decided to give it a shot and set it up to try. 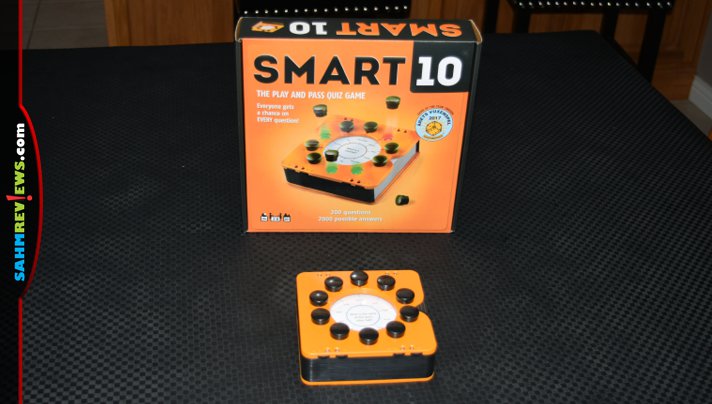 You know how many pieces there are to this game? There’s only one answer to that. Not many. There are 10 answer markers, 100 double-sided question cards and a Smartbox. That’s it. Between two and eight people can play Smart 10 where you take turns identifying correct answers to a single question. 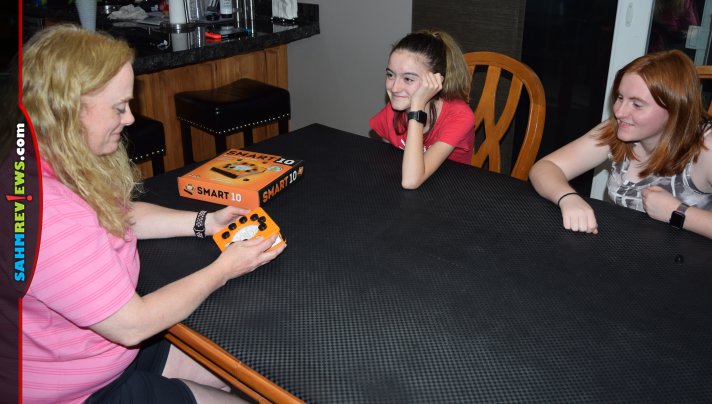 You’ll score one point for each correct answer and the first player to 30 wins. You’ll keep track of scores using the dials in the corners of the box so have everyone select a symbol for their scores. Place all the cards inside the Smartbox and the 10 answer markers in their appropriate holes. 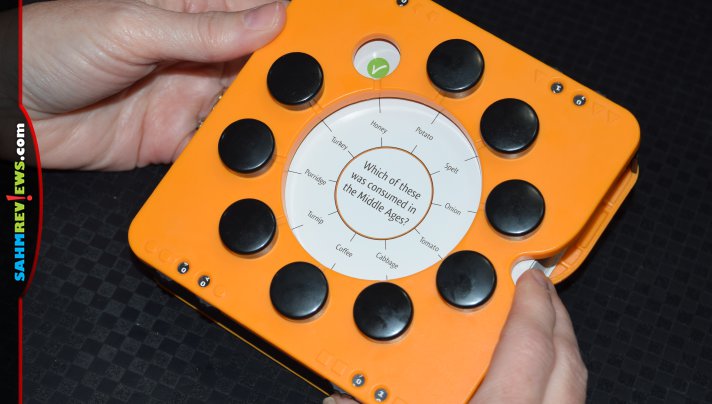 The first player will remove the top card and slide it into the bottom, revealing a new question. You’ll read aloud the question then decide whether to play or pass. There are several different types of questions including guessing the color, the century or decade, word, number, order and even true/false. We found this variety allowed us to skip past some that would be too difficult for the kids while sticking with ones that we thought they could earn some points. 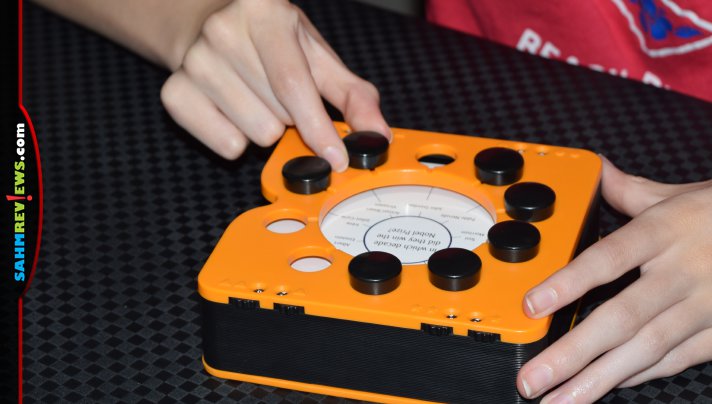 If you think you know one then you’ll remove the answer marker. If you were correct, place it in front of you as proof. If you were wrong, you’re out of the round and earn zero points. Either way, you’ll pass the Smartbox to the person on your left and they’ll make the same decision on whether to answer or pass. 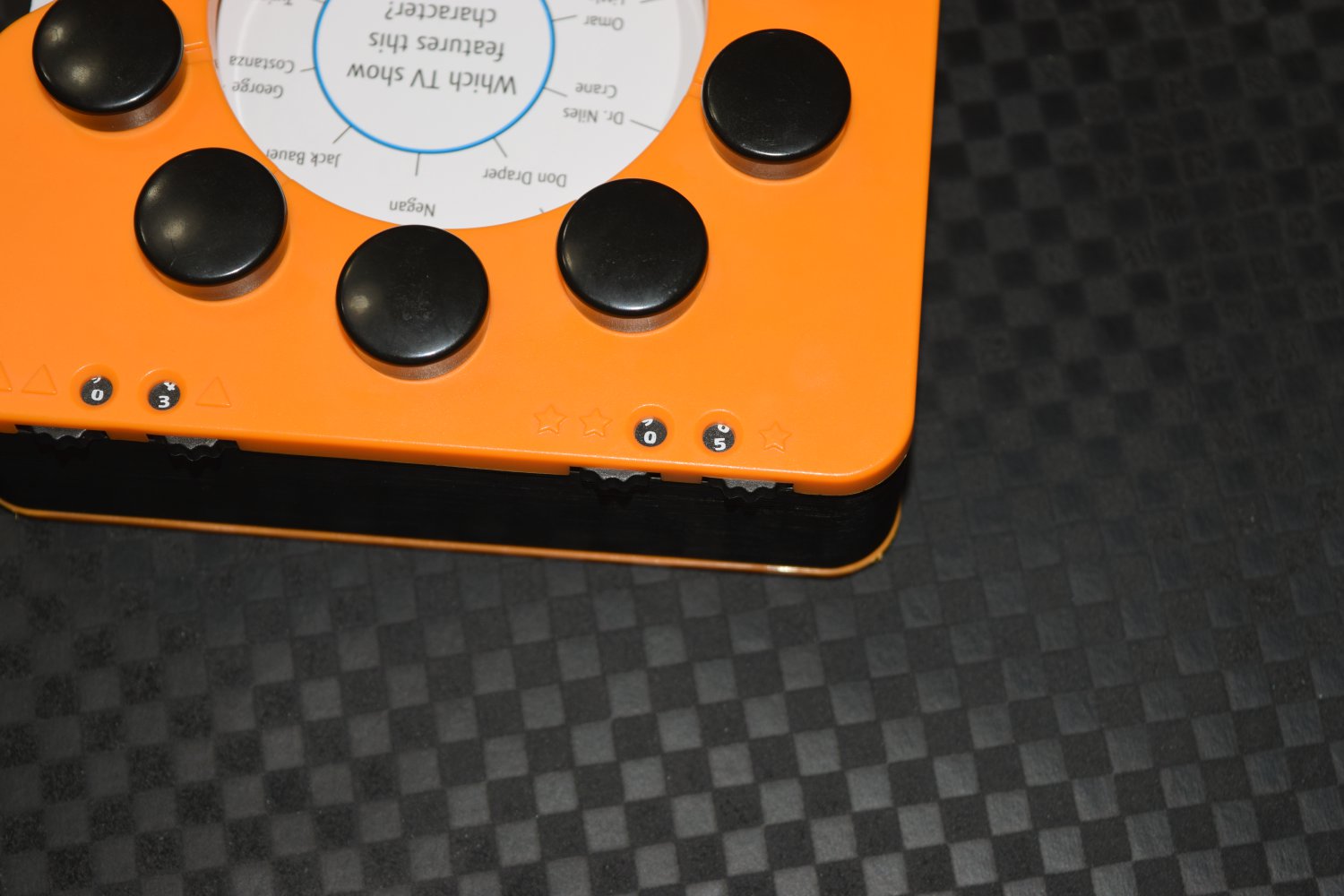 If you’re unsure of the answer and choose to pass, you simply hand the box off to the next person. You aren’t penalized for missing the question since you didn’t answer it! That means if you already have markers in front of you for properly answering earlier in the round then you don’t lose them. Unfortunately, you won’t be able to join back in should it circle back around to you. 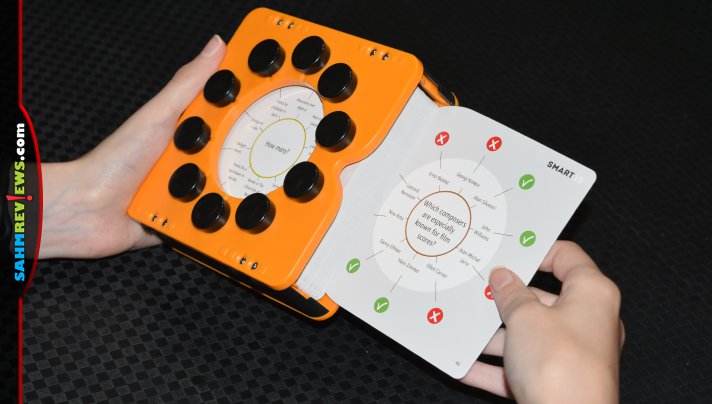 The round ends when either all 10 answers have been revealed, all players have passed or been eliminated. Total your points and add them to your scoring wheel. Return the answer markers to the Smartbox, remove the top card and start another round.

Because the answers are multiple choice and you aren’t penalized for not answering, it’s something kids can participate in if you skip past categories you know they won’t be able to figure out. Honestly, my kids just wanted to play without scoring because they were having so much fun just guessing the answers! Smart 10 is fast to play, typically lasting only about 20 minutes and very easy to learn. You can pick up a copy of Smart 10 at your local Barnes and Noble. Check out the other titles available from Bananagrams, too!  There’s a lot more to them than just their namesake game so visit Bananagrams on Facebook and Twitter to learn more about their games.