Some of my oldest memories are of playing a game of Charades with my family. It was an informal affair with mom and dad acting silly while my brother and I would try to guess what they were doing. This was in the late 70’s/early 80’s and probably spurred by the popularity of the television show, Celebrity Charades.

What’s interesting about games of this type is they require the players to leave their comfort zone. We’ve enjoyed quite a few examples that either have you acting out or creating a story on the fly. Before They Were Stars challenges you to create a narrative, Cult Following asks you to formulate a sales pitch for a new cult you and a partner are starting and Bucket of Doom forces you to fabricate an escape plan based upon a theme when a catastrophe occurs. A new game from Spin Master turns things around and forces you to work with other actors in Reverse Charades! 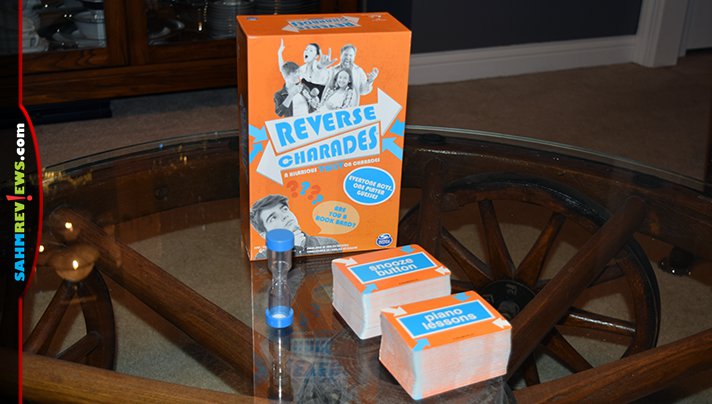 Reverse Charades is a party game for three players or more, but enjoyed best if you have at least six. Players divide into teams of at least three each and it is suggested that you be creative when choosing teams. Don’t gravitate towards friends or family members. Instead, divide things up by eye color, hair color (or absence of) or right vs. left-handed players! 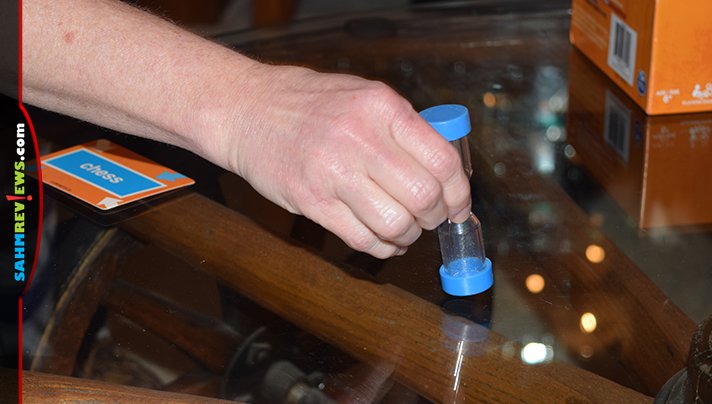 Included in the box are 300 double-sided Reverse Charade cards and a 60-second sand timer. Each team will have a full minute to try to correctly guess as many words and phrases as they can. For each team’s turn, one player will be assigned the role of “guesser” while the other players will be the actors. The turn begins once the timer is flipped. 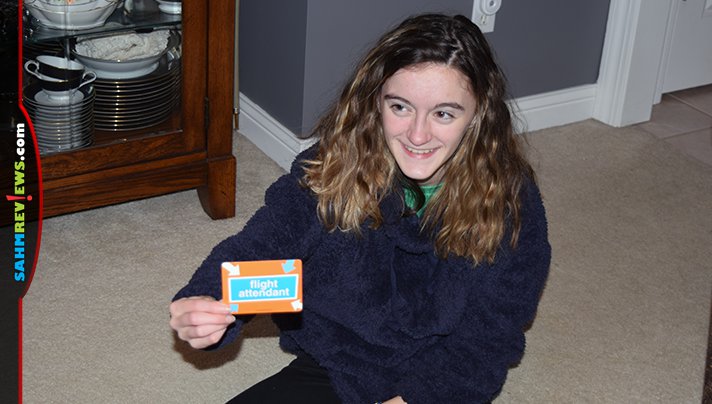 The opposing team will hold the word cards, making sure only the actors see the phrase and hiding it from the guesser. Active team members may not speak nor mouth any words. They must examine the word(s) and act it out to the best of their ability as a team. Use of objects, including other people, is certainly permitted – just don’t make any noises or say anything! 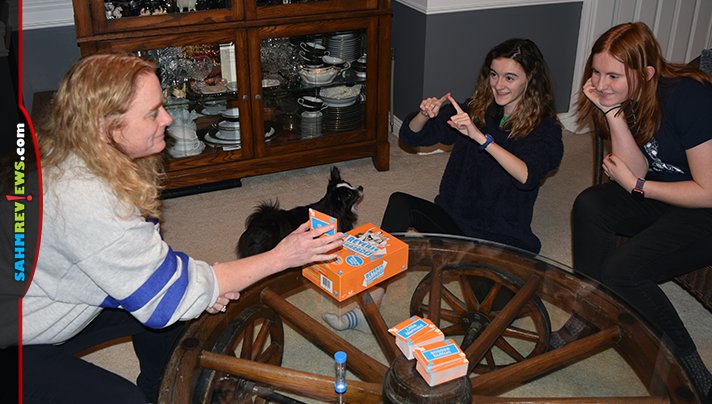 Each time a guesser correctly identifies the word or phrase, the active team wins the card as a point. A full game of Reverse Charades goes until one team reaches a pre-determined number of points, making sure both teams have had an equal number of turns. The team with the highest overall score at the end of the game wins Reverse Charades!

Reverse Charades is one of those games that is perfectly suited for house rules. Play with just one hand, make everyone stand backwards or require all actors to be connected at the shoulders. Whatever you can dream up for your party is allowed! But let’s keep it PG rated – this isn’t Strip Reverse Charades!

Inexpensive copies of Reverse Charades can be found on Amazon or at your favorite local retailer. Spin Master has a number of new and exciting things slated for release in 2020, so make sure you are following them on Twitter and Facebook to find out more! As always, take a look at their website for their entire line of family-friendly games!

Do you remember playing Charades with your family?