The majority of used games we purchase are found at local thrift stores and yard sales. But we’ve been known to acquire games at conventions and auctions when the price is right. This week’s Thrift Treasure comes to us via that route – albeit indirectly.

Last year at our local gaming convention, an out-of-town friend had set up a table to sell some of his unwanted games. This guy has a particularly good eye for games, so the ones he was offering up were of very good quality. Lots of rare abstracts, out-of-print wargames and heavy euro-style strategy games that were never published in the U.S. Many of us were like kids in a candy story, grabbing up copies of games we knew for sure we’d never have the opportunity to buy again.

After the show, this friend gave a copy of an unsold game to another close friend of mine. I don’t know if he didn’t have it up on the table or it just got overlooked, but it was a little out of place among the other game types he was offering. Chop Stix by TDC Games was the only dexterity game he was trying to sell, and since it didn’t, my friend became the new owner. 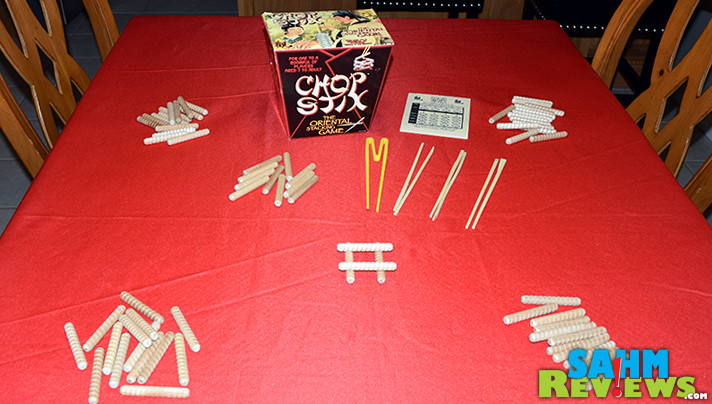 Now he knows we are huge fans of dexterity games and also have a love for all things sushi. We host sushi-themed parties, turn regular food into sushi, frequent local sushi restaurants and master our chopstick skills with board games. So he recently re-gifted this copy of Chop Stix to us, knowing it would get a lot of play. He was correct. 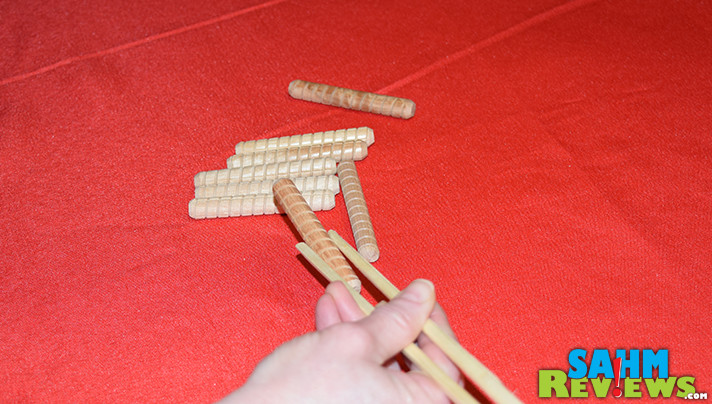 I guess you can think of Chop Stix like a reverse game of Jenga. Each player is given an equal amount of spiral-cut logs, with four of them placed in the center of the table to create the starting area. Your goal is to be the first player to use up all logs in your possession, ending the round and scoring the least. 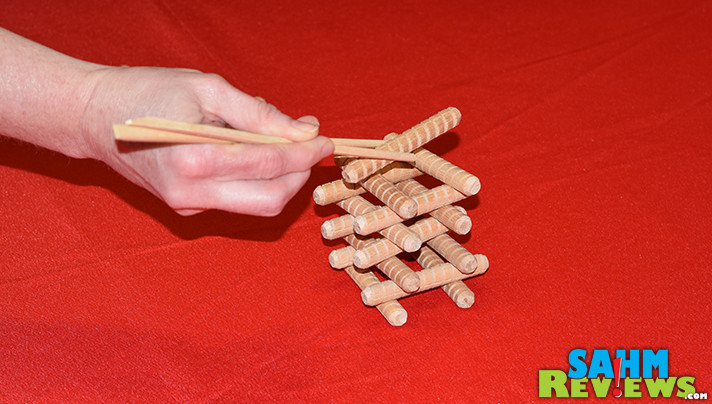 On your turn you will pick up one of your logs with your chopsticks and place it on the ever-growing tower. Levels are made up of only two logs and you must leave room on the level for a second log if you are placing the first one. As you might imagine, if you knock down any logs when placing yours, you receive all fallen logs into your personal pool. 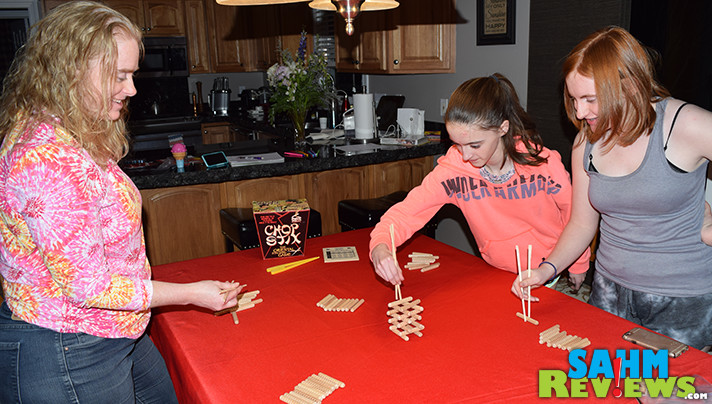 If you drop your piece before it is placed on the tower, not only must you try to pick it back up and place it, you will receive a penalty log from the box. These logs are not spiral-cut, they are smooth! Not only will they be harder to place on a future turn, they are worth 10 points at the end of the round if they are still in your possession! Remember, the goal is to have a low score. 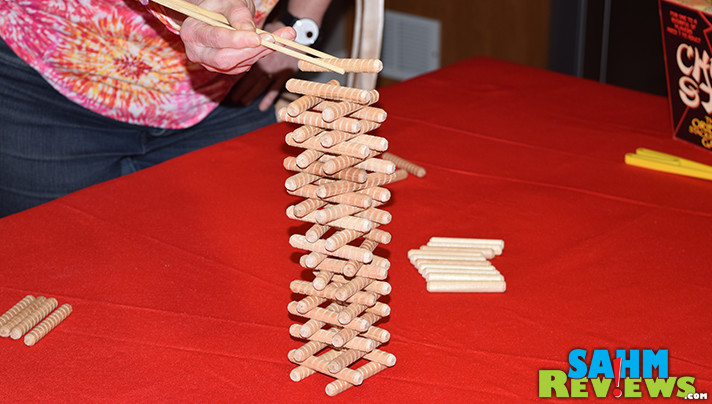 Once a player places their last log, the round ends and scores are tallied on the included sheet – one point for each log still in your possession and ten for each smooth log. All logs from the pools are mixed together and redistributed evenly among all players. The old tower remains untouched and the round winner begins a new round by placing a log on the existing tower. 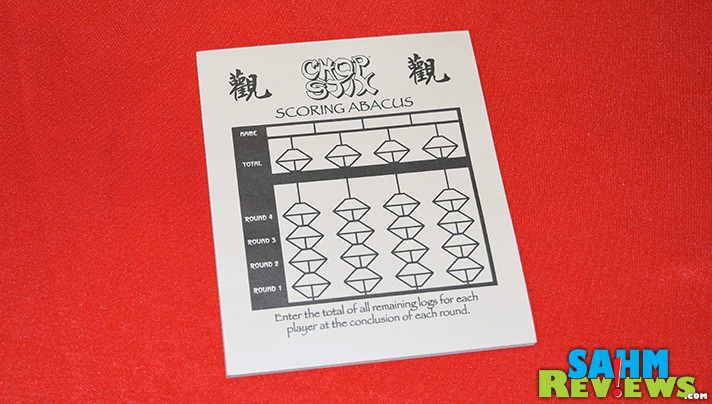 After the fourth round is totaled, one final challenge occurs. The unused logs are again pooled together (including any unused penalty logs) and players take turns stacking onto the tower until it either falls (with the culprit receiving points for all fallen logs) or the the tower reaches a completion height of 35 levels! The player with the lowest overall total wins Chop Stix!

If you think this might be a great dexterity game for your Asian food loving family, copies can be regularly found on eBay for under $20 shipped. Verify that all 60 of the spiral-cut logs are present, along with the 10 special smooth logs. If it is missing the chopsticks, that is easily rectified with a visit to your local carryout!

Would you be any good at using chopsticks in a game like this?