This week was a particularly good week at our Goodwill. On one trip we found four complete games for only 88 cents each! Each and every one of them were titles we had not seen before, and thus needed to add them to our collection. You’ll hear about the others in the upcoming weeks, but we wanted to get Wok ‘n Roll to the table right away!

We have a number of other chopsticks-themed games in our collection like Chop Stix, Chopstick Dexterity and Maki Stack. All of them require the use of regular or modified chopsticks to pick up various pieces. Sometimes you’re grabbing them from a dish, other times you’re carefully trying to stack objects on top of each other. But none of them have a battery-operated moving bowl!

Wok ‘n Roll lives up to its name by featuring a large plastic wok that is powered by two AA batteries. When turned on, it shakes and rolls, stirring the items inside. This makes them very difficult to grab! Also included in the box are four colored plastic bowls, four kid-friendly tweezer-styled chopsticks and 48 food playing pieces. To begin the game, put all of the food pieces into the wok and give each player a matching set of chopsticks and bowl. 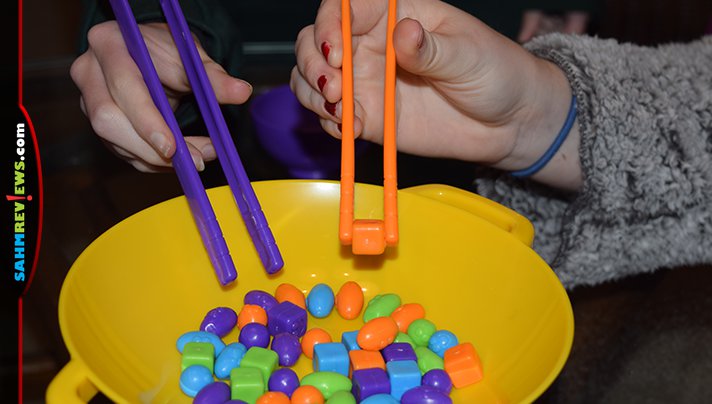 There are three ways to play Wok ‘n Roll. The first is the easiest. When someone yells “Go”, all players race to grab as many piece of food in the wok with their chopsticks and transfer them to their bowl. It doesn’t matter which color food you grab – you’re going for quantity! The person who has the most when the wok is empty wins!

The medium-level difficultly version of Wok ‘n Roll is played in the same manner, except you can only grab food pieces that match your bowl’s color. The first person to grab all twelve of their colored pieces wins! 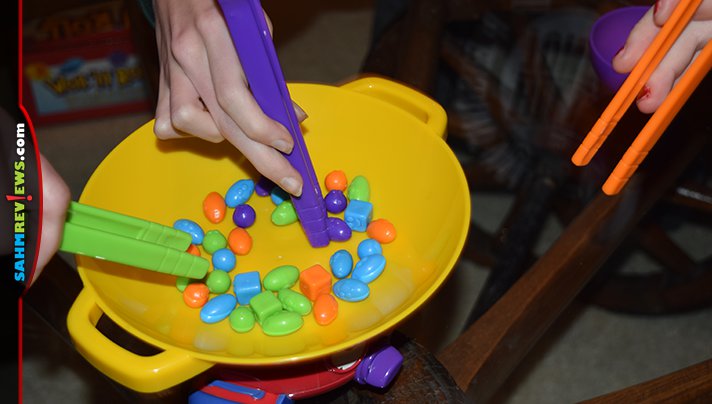 The most challenging, and the most fun, version of Wok ‘n Roll is when you insert the batteries and turn the wok on. The game is played in the exact same manner as the medium-level game where you’re only vying for pieces of your color, but this time the wok is vibrating the contents! It is so hard to catch a moving piece! 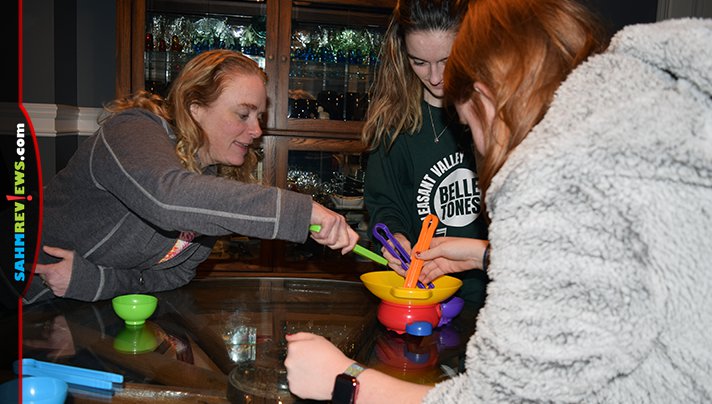 It is worth noting that the wok does not perform well (or at all) on soft surfaces. If you have a table with a gaming mat or tablecloth on it, you can expect it not to vibrate at all. The mechanism is a tiny plastic ball at the center of the base and the soft surface dampens the movement. Make sure you are playing on any other hard surface like a glass-topped table, wooden table or even a tiled floor! 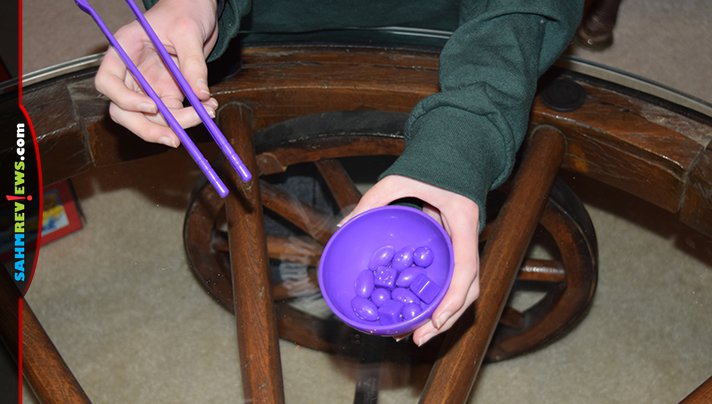 Unfortunately, Wok ‘n Roll is no longer offered in stores and seems to be quite rare, judging by eBay standards. At the moment there is only one example available on eBay and the seller is asking over $50 for their copy! It was published a number of times in the early 2000’s, so keep an eye at your local thrift stores and yard sales for a more reasonable-priced example!

Do you own any chopstick-themed games?