There are more than a fair share of games that require you to come up with a word and have everyone else guess it. This is a theme that has been around for longer than I have and it is still popular today. We’ve featured a number of them over the years, from Last Word to Truth Bombs. All have their own twist on the word-guessing genre so it’s just a matter of finding which appeals to your family the most. 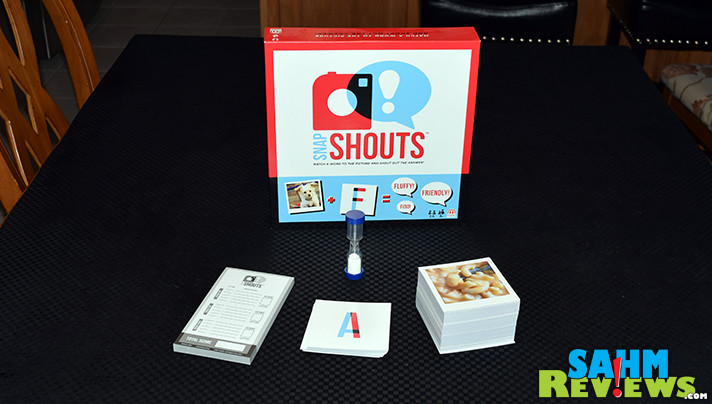 Mattel recently introduced Snap Shouts that adds another twist. In this game you are not trying to have a unique word or phrase – you actually want someone else to guess your word so you can both score points! Completely the opposite of most word games, and it works! 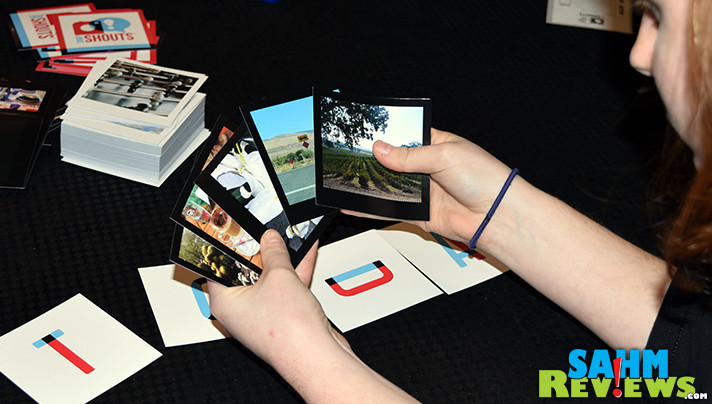 Included in the Snap Shouts box are 194 double-sided Polaroid-styled picture cards, 30 letter cards, a 60-second sand timer and a preprinted pad of answer sheets. Each player (up to six can play) is dealt five picture cards and five of the letter cards into their hand. The five letters are written on your answer sheet, one on each line. All players then look at the correct side of their picture card (the side is agreed upon before the game begins) and think of a word to describe the photo that begins with one of their letters. 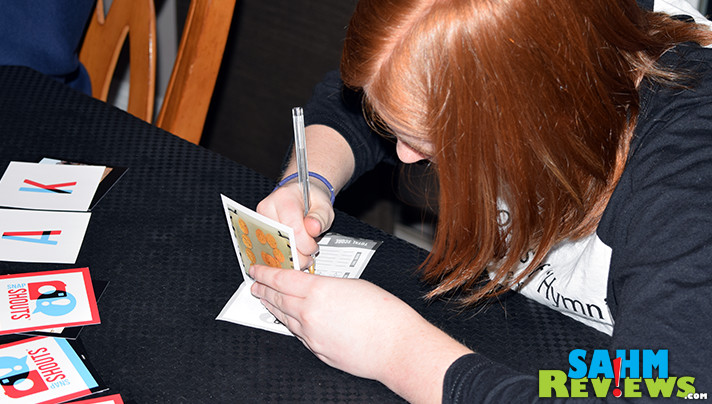 Each letter you received must be used once, so while a “B” might accurately describe the color blue, it may be better associated with the baby in the other photo you have. Once you have assigned words to all five of your letters, one from each photo, the corresponding letter card is placed face-down on top of the matching photo. 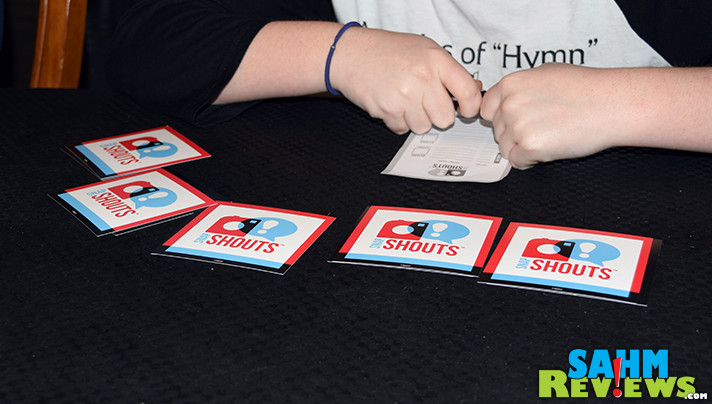 When all players have completed their word choices it is time to start guessing. Starting with the youngest player and turning over the timer, that person reveals one of their card/picture combos. Everyone tries to guess what word they selected to describe the photo and the first person to do so collects the picture card. The letter card is retained by the original player, so each player will score at the end of the round for a valid match. If no one can guess the word, no cards are awarded. 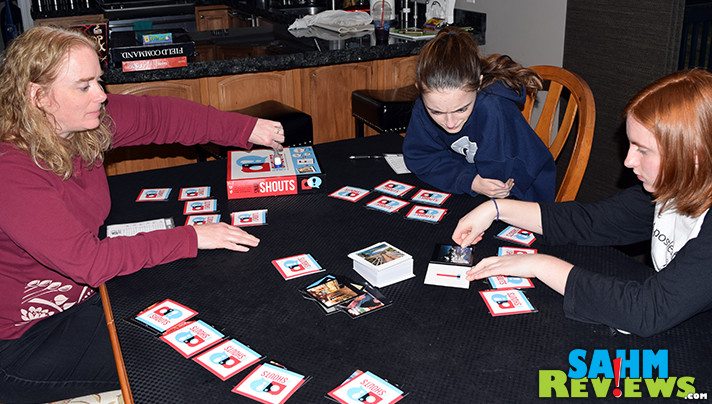 The five card combos may be revealed in any order, but because you only have 60 seconds, you may wish to start with the easiest and save the harder ones for the end. Remember, you want others to guess your word so you can both score points! Once the timer runs out or all five card combos are guessed, play passes to the next person who then begins revealing their cards. 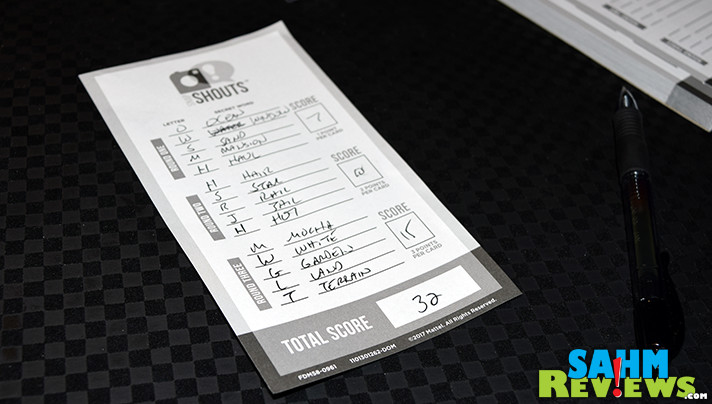 Once everyone has revealed all of their cards, the round ends and scoring commences. During the first round you will receive one point for every card (no matter the type) collected. Round two yields two points per card. And of course, three points each for the third and final round. The player with the highest overall sum wins Snap Shouts!

Snap Shouts is a great twist on the word-guessing genre of games and available at an amazing price. Right now on Amazon you can pick this up for under $5 when selected as an add-on item! Suggested retail is still under $20, a pretty good value considering how many cards you receive in the box.

We’ve featured a few other games by Mattel in the past year like Low Down and Snappy Dressers along with a number of Thrift Treasure finds. If you’d like to find out more about what they have to offer, head over to their website and spend some time perusing their huge catalog of games and toys! Of course if you’re interested in learning about what’s next from Mattel, their Facebook and Twitter timelines are up-to-date with new product announcements!