One problem we’ve run into many times when it comes to board and card games is if you don’t buy it when you see it, you may miss out and have to pony up a higher price to obtain a copy. Such is the state of the game industry today. Most games only receive one or two printings and then the customers move on to whatever is hot that month.

A couple years ago we grabbed a copy of Level 99 Games‘ Sellswords and talked about it in depth. If you had taken our advice and purchased your copy when the article went live, you would have saved about $5 over the $20 MSRP. Today, if you want the same game brand new from Amazon, it will set you back $30 – double the asking price from 30 months ago! Fortunately not all is lost. 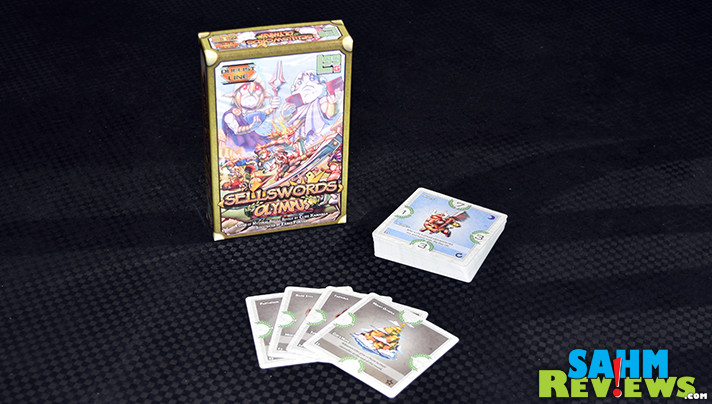 Last year Level 99 Games quietly introduced Sellswords Olympus as the unofficial replacement to the original Sellswords. If you’ve read our previous article or own a copy yourself, then you already know how to play Sellswords Olympus. It is the same game with rule clarifications and brand new Greek-themed artwork. Think of it as version 2.0 of Sellswords!

Playing Sellswords Olympus is exactly the same as the original. During two separate rounds, you and one other player will take turns playing one of your cards to the 5 x 5 grid, activating the action on the card’s face. If your played card has a higher number on the edge than your opponent’s adjacent card, you win a battle and flip their card over to your side. 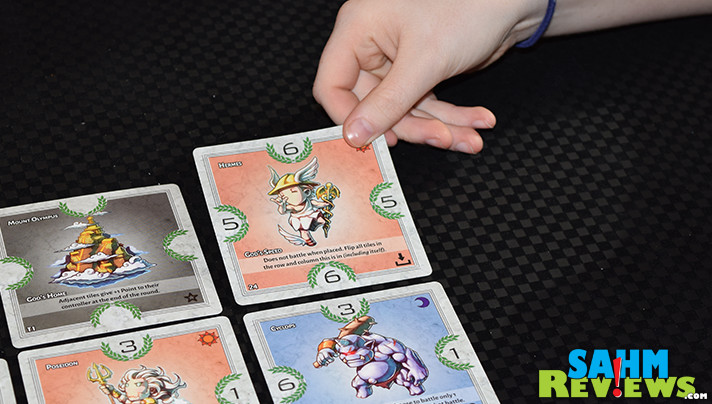 Scoring takes place after each round and points are awarded for having your color in each row or column. The more you have in one row or column, the greater the number of points they will score. After two full rounds, the entire 25-card board will be filled and the player with the highest point total wins Sellswords Olympus!

The original version of Sellswords had an anime or chibi theme and this new Sellswords Olympus version features all your favorite Greek, Roman and mythical personalities. Achilles, Medusa, Apollo, Ares, Colossus and even Aristotle are all included, each with their own powers and abilities. These recognizable names and nicely-illustrated cards make Sellswords Olympus much more approachable than its predecessor. And it is available at a not-inflated price right now on Amazon!

You do not need a copy of the original Sellswords to enjoy Sellswords Olympus as it is a standalone version of the game. But if you already have the first edition, these new characters can be combined with it to create a much larger pool of cards to draw from! If you’d like to read an even more in-depth description of how to play, head on over to our original article! 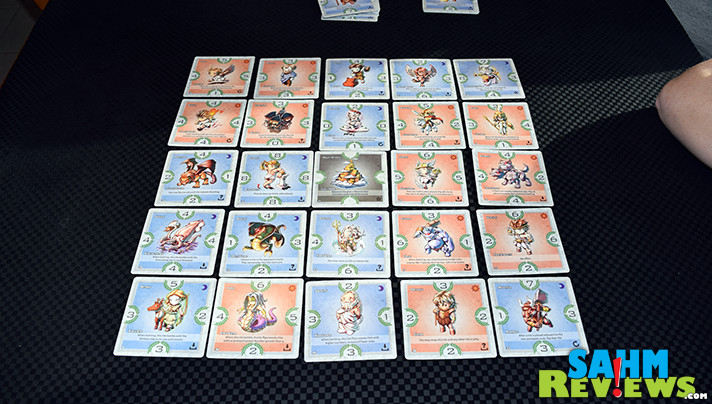 What’s in store next for Level 99 Games? With our recent fondness for train games, we’re very excited to learn more about their upcoming Kickstarter for Empyreal: Spells & Steam. Learn more about it on Level 99’s website and check out their Facebook and Twitter feeds for up-to-date announcements!

Have you played either version of Sellswords yet?