When asked what board game I remember enjoying the most when growing up, the answer comes easy – Stratego. As a family we played a lot of games, from Monopoly and Sorry to Boggle and Mastermind. But secretly I loved Stratego more than all of those combined. I can’t pinpoint exactly why it spoke to me, I just know that it was always my first choice when my brother and I wanted to play something (before the advent of video games, of course).

My original copy of Stratego is long-gone, probably sold for pennies on the dollar at one of my parents’ many yard sales. I managed to procure a replacement some time ago at Goodwill, but haven’t had the opportunity to present it to my daughters. And therein lies the problem. The original Stratego is designed for only two players. With two game-playing daughters, this means someone gets left out. Full disclosure – this usually means me.

You can imagine my excitement to learn that PlayMonster (formerly Patch) has begun offering not only the original Stratego, but a number of new versions with new mechanics and rules! And one of them supports up to four players! Must have…

By now you know that we love games that are set in actual historical situations. The entire line of skirmish games by Academy Games, including their Birth of America series, are regular visitors to our game table. Not only are we enjoying family time playing a game, we are learning facts about the past. 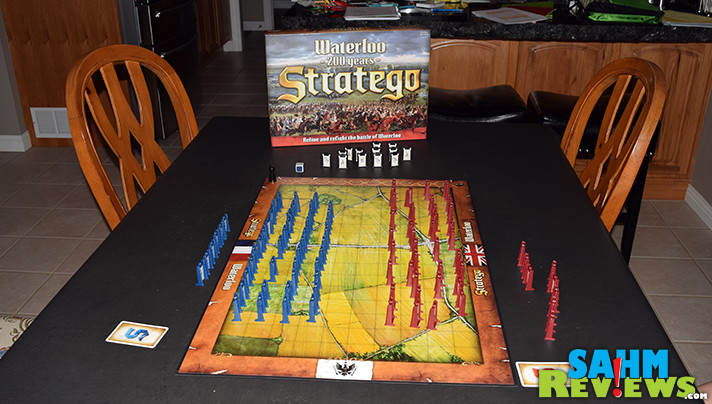 The original Stratego was limited to a square board, which didn’t represent any region or place. Stratego: Waterloo 200 Years utilizes an oversized custom board with modular terrain tiles. One person takes on the role of the French army and has 47 pieces at their disposal. 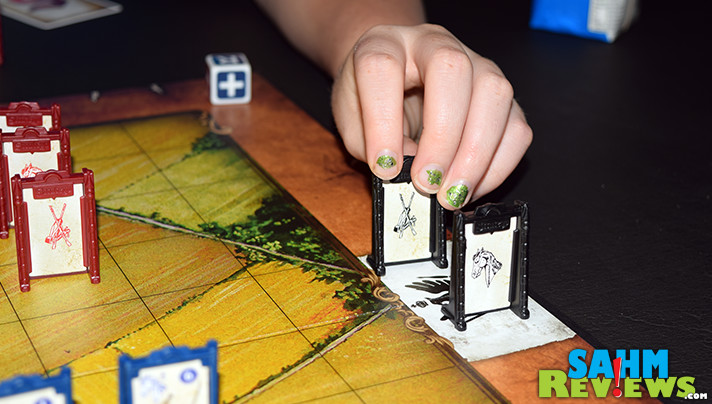 Their opponent plays as the Allied army, but with only 45 pieces. While this seems unfair, once the game reaches round twelve, Prussian reinforcements arrive to assist the Allied army, adding an additional 13 pieces to the pool! 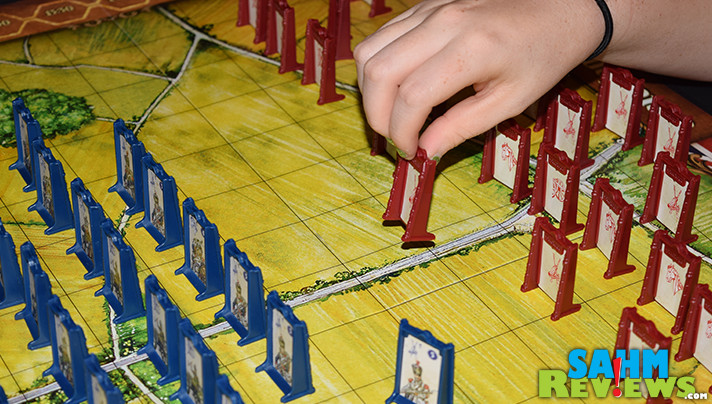 Instead of capturing a flag as in the classic version, Stratego: Waterloo 200 Years challenges you to get two of your units on the opponent’s lines of retreat. Lines of retreat are also called “supply lines” and this continuous chain is imperative to a successful campaign. If your supply line is cut, there is no way to get supplies or reserves to the front line. 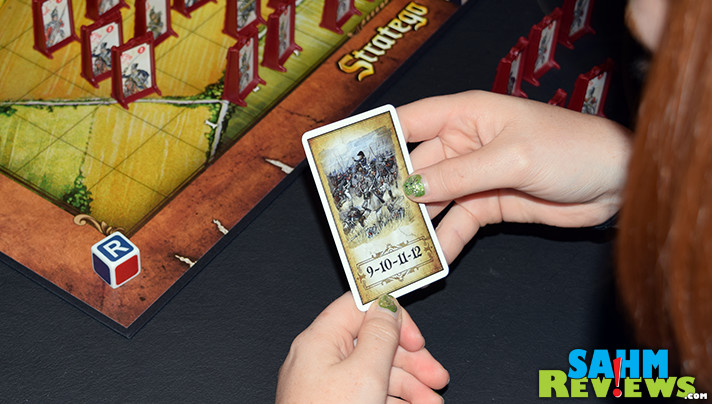 Your supply line is randomly determined by the draw of a card at the beginning of the game and is kept hidden from your opponent. If they get two of their units onto your supply line spaces, you immediately lose the game. 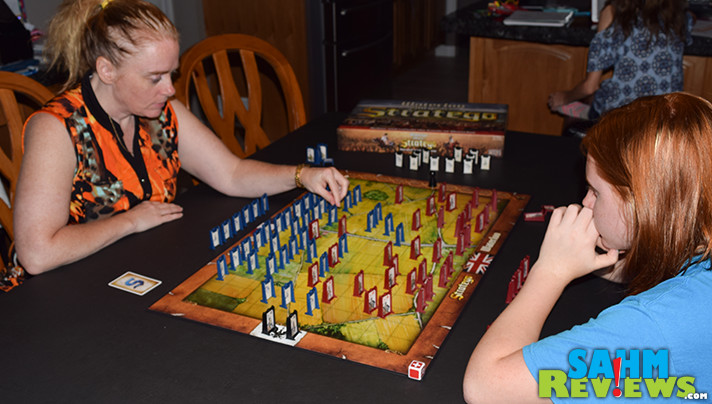 You can also win Stratego: Waterloo 200 Years by capturing the opponent’s Commander in Chief, either Napoleon or Wellington. Buildings and hills on the board provide strategic advantages, and the expert version of the rules allow for the addition of villages and more historically-accurate victory conditions. With a total of three different levels of complexity (basic, standard and expert), Stratego: Waterloo 200 Years grows with your experience. It will be quite a while until you have mastered all levels! And even after you have, there are still custom scenarios to play out!

Originally a $60 MSRP, you can find Stratego: Waterloo 200 Years on sale on Amazon for nearly 1/2 off!

Conqeust Stratego is a much closer cousin to the original version, but with an asymmetrical board instead of the standard square layout. The custom-designed pieces allow you to see the values of your armies, but effectively shield them from your opponents. 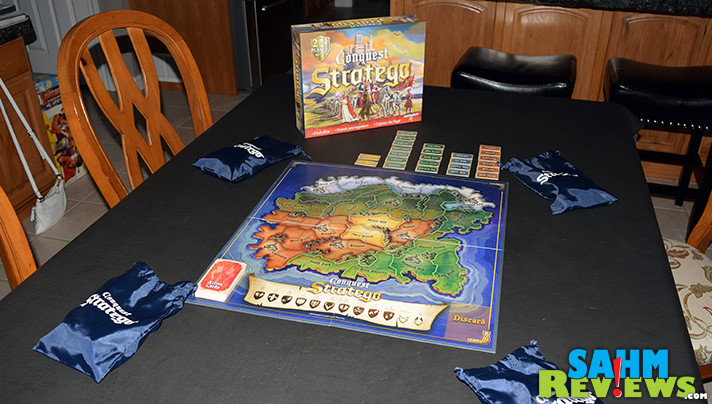 Did I say “opponents”? Plural? Yes! Conquest Stratego amazingly supports up to four players, certainly a deviation from all other other 2-player versions. Your goal is the same however, to capture their flags. But now you have three to worry about, not just one! I see a lot of unofficial team-building happening in the background… 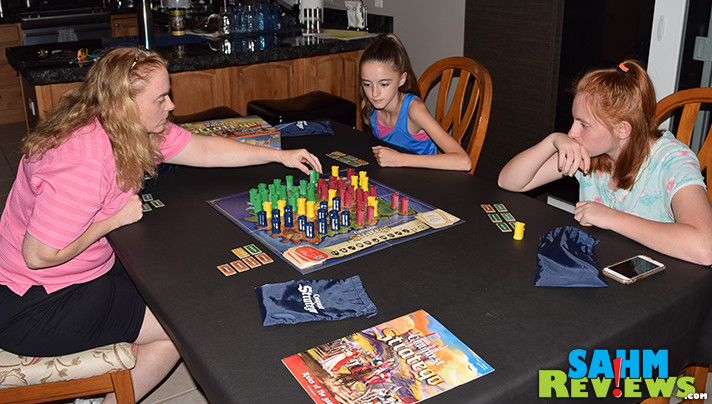 The board is populated by players taking turns choosing territories in which to start. Movement and combat is recognizable with the higher number winning (ties result in both pieces being removed from the game). Nicely, if your flag is captured you are not out of the game! 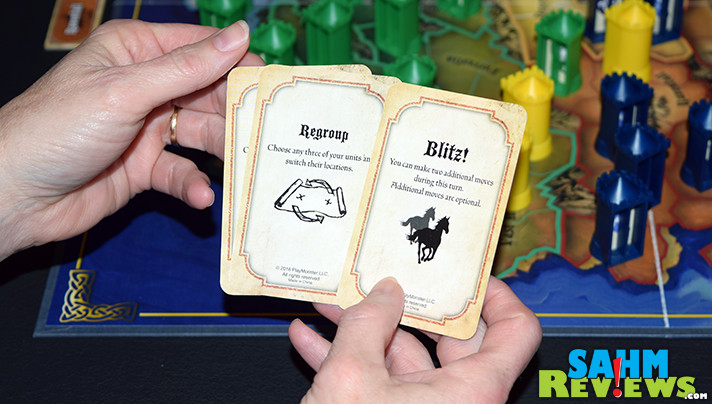 You are penalized by not being able to draw action cards on your turn, but can still try to recapture your flag by capturing the flag of the player who currently has yours. Interestingly, if you do not own your own flag, you cannot capture a different flag – if you do, the person who owns your flag also gets the newly-captured one! 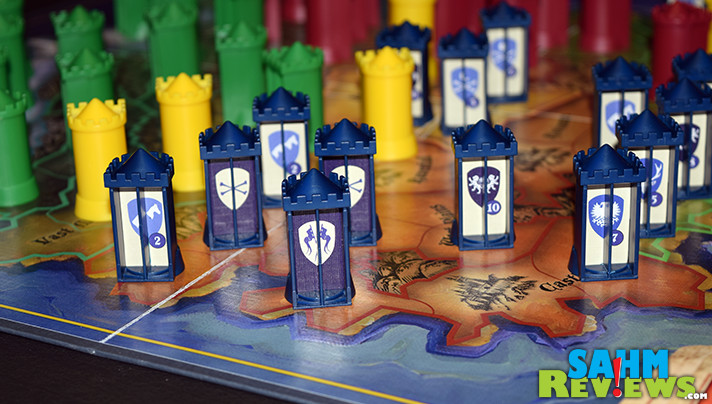 Cursed Land pieces act similarly to a bomb in the classic version and the rest are named as different types of royalty (instead of military ranks). The addition of action cards mixes things up by allowing additional moves, peeking at adjacent units or even launching surprise attacks. Conquest Stratego has just the right upgrades to the original game that it looks like it will replace it on my game shelf.

Your copy is awaiting you on Amazon for around $27 shipped, nearly 50% off the $50 suggested retail price!

So which of the two should you put under the tree this year? If buying for a younger crowd (7-12), then Conquest Stratego is the better choice. If you’re looking to add some educational value and still want to entertain the adults in the family, Stratego: Waterloo 200 Years will have a place on your game table for many years to come.

Make sure you’re following PlayMonster on both Twitter and Facebook to find out what other versions of Stratego they’re working on. From looking around their website it seems there are a couple other options as well, including a reissue of the classic version and a travel-friendly card game!