Do you have that person in your life that is able to complete your sentences? They know what you want without you even to have to ask? Things go unsaid because they just don’t need to be said. You just click.

You watch the same shows, enjoy the same foods and generally ‘get” you. Those are the kind of people you want to hang out with.

But they aren’t the people you want to play games with because they always know what your next move will be. They can counter your attack before you can even do it. The take the wind out of your gaming sails. Unless, of course, you’re playing a cooperative game or something that requires like-thinking! Pluckin’ Pairs by R&R Games is a happy medium of wanting to be on the same wavelength… and not. 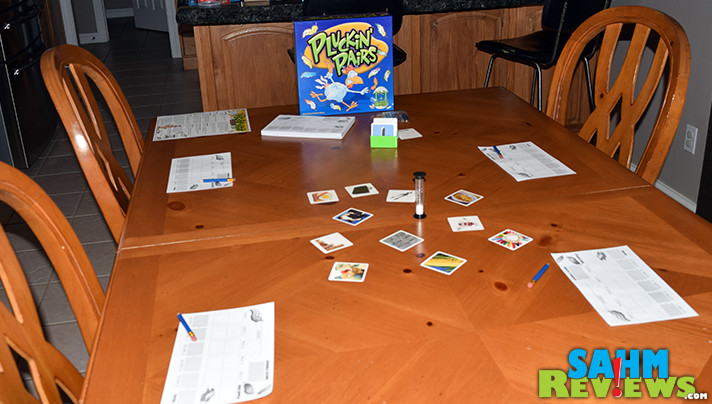 As the name states, it’s a game about making pairs. In and of itself, it’s a simple concept complicated by a stupid timer. Games of speed always put me at a disadvantage because my reflexes aren’t what they used to be. Thankfully, this one only requires quick-ish thinking and writing. 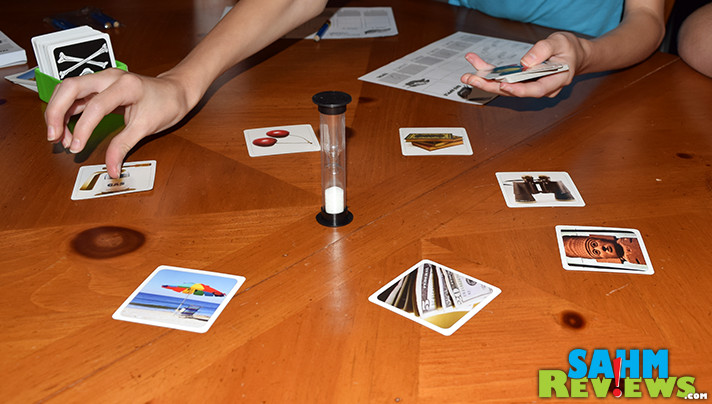 Pluckin’ Pairs is played over only a handful of rounds. In each round, 11 cards are set out for all participants to see. Cards depict a variety of very recognizable items such as silverware, keys, money, food, etc. The 90 second timer is flipped and everyone races to write down how they would pair the various images. 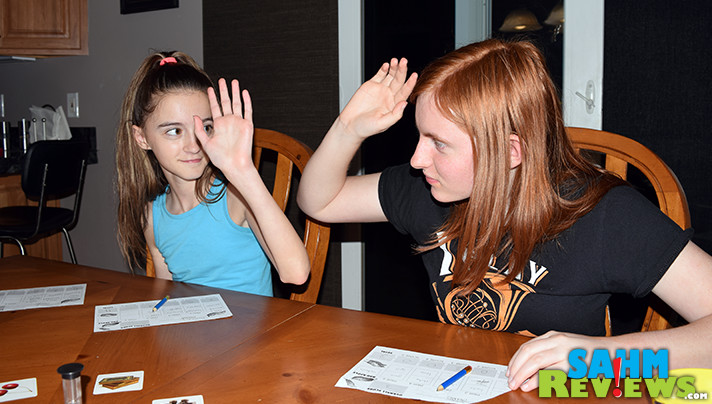 When the timer runs out, players take turns reading their pairs aloud. With each pair announced, anyone who has that pair matched as well raises their hand. If all players made the same pairing, then zero points are scored. But for each pair that players agree on, they score a point.

That’s where having like-minded thinking will be to your advantage! You’ll score for everyone who thinks just like you do… unless EVERYONE thinks like you do then you’ll score zilch. While it isn’t necessary to explain your pairings, it does add an element of comedy to the game. 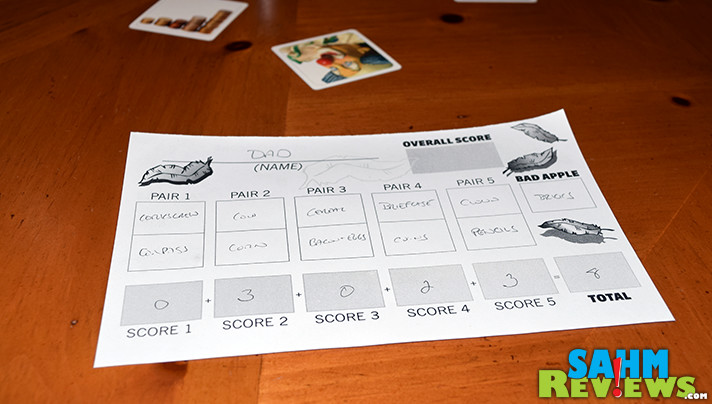 Scores are tallied on each sheets and after the pre-determined number of rounds, the player with the most points wins. If you’ve done any math in your head, you may be asking yourself, “She said 11 cards. How do you pair up 11 cards?” Thanks for asking! The 11th card that doesn’t get paired is the “bad apple” and can be an additional scoring option. Players who match their bad apples earn 2x the number of people that agreed. 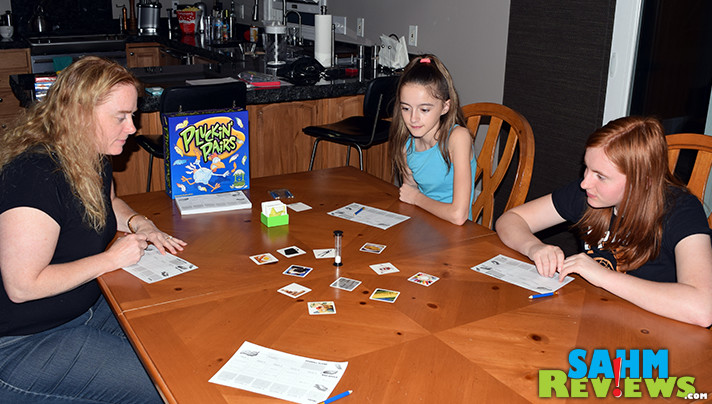 Despite the 40-60 minute estimate on the box, number of rounds can be adjusted to make it a quick-play game. It accommodates 3-8 players so it is great for social gatherings. For families who have adapted games such as Apples to Apples, this offers an opportunity to have the same feel without all the hurt feelings at a really affordable price of under $20 on Amazon or on R&R Games’ website.

R&R Games has a number of other great family titles in addition to some of their more complex strategy games. You can read more about them on the R&R Games website or check out the pair of social channels (Facebook and Twitter) to learn more about the games they are getting ready to roll out in coming months! Stay tuned for details on new games releasing at Gen Con! In the meantime, enter to win a copy!