Saturday, April 11th was a special day. It was an entire day where people everywhere were encouraged to play board games, card games, dice games and whatever other types of games someone would normally play on a table. Hence the name: International Tabletop Day. A friend of ours was gracious enough to invite many of us into her home since the place we usually meet for playing games had booked their event room for a different event.

When we were trying to decide what games to bring along with us, several rose to the top but there was one I was sure to pack: Just Desserts by Looney Labs. It’s a small package, offers a quick play, has an easy learning curve, and my favorite part is that the subject matter offers zero calorie dessert indulgence. 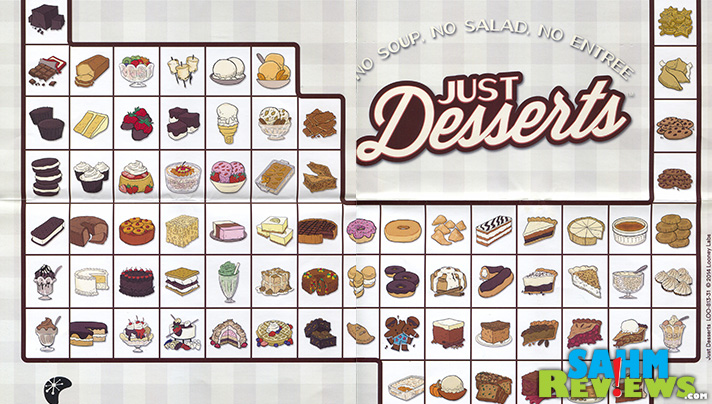 Just Desserts took —-20 years— years to venture from Andrew Looney’s original concept until it arrived on the market for purchase. Utilizing a dessert mock on the periodic table, he wanted to make sure all dessert types were represented. That, he did. The premise is that players are waiters in a dessert café and the goal is to serve the patrons their specified dessert as represented on the cards in the deck. 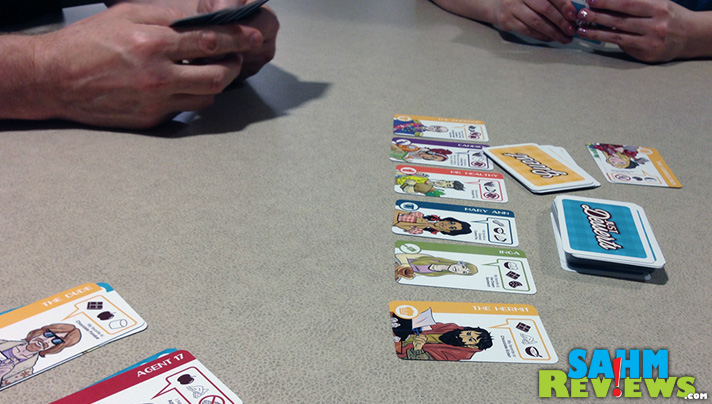 We’ve previously told you about Looney Labs’ other card creations, Fluxx and Loonacy. Similar to those, Just Desserts offers a similar play mechanism as Fluxx in that each player has their own hand of cards and game play revolves around a shared pool of cards in the middle. The deck consists of two types of cards: guest cards and dessert cards. Players draw, hold and play dessert cards to fulfill the orders of the guests that are displayed in the center of the table. 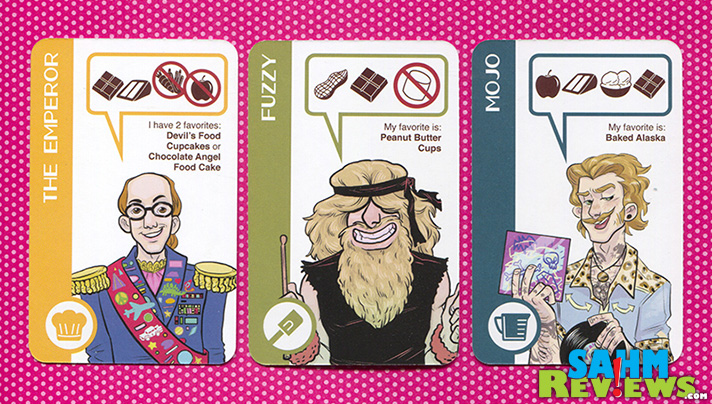 Just like in real life, different people have different tastes. Some like chocolate while others prefer fruit. Some people can’t have nuts or dairy while others simply have no interest in any dessert that contains a vegetable. Each card identifies the patron by “suit”, what they like and what they don’t based on ingredient types: chocolate, cookie, nuts, pie, spices, ice cream, fruit, cake, marshmallow, pastry, veggies and pudding. Some guests even tell you what their favorite item specific dessert is! If you’re able to fulfill that order, it gives you a leg up. The ultimate goal is to give them desserts that would satisfy their cravings. You’re welcome to provide them more than what they ask for as long as it doesn’t contain the items they don’t like. 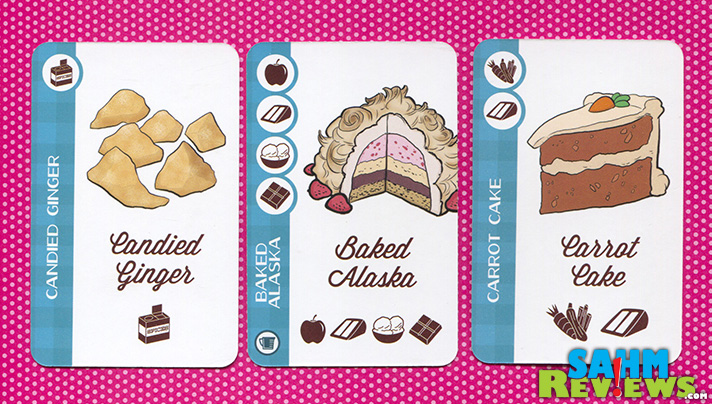 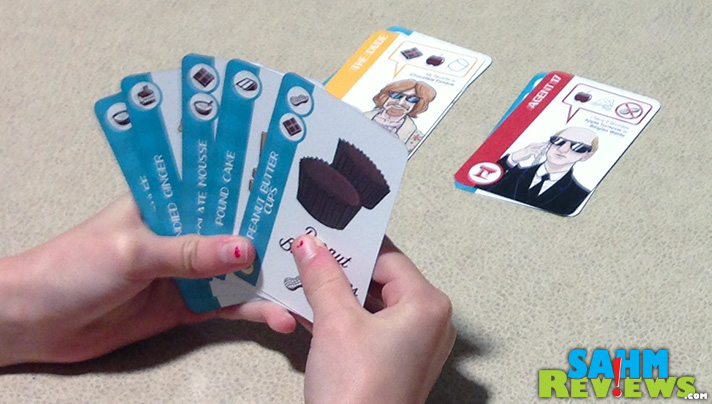 To win the game, you need to serve three guests of the same suit or five guests of different suits. It’s that simple. Or is it? You have to serve the guest before one of your coworkers does. The basic game keeps it pretty straightforward; first to serve the guest wins their loyalty. The advanced game makes it a little more cutthroat with players able to steal customers away from each other.

Just Desserts is a quick game for 2-5 players and is great for all ages. The box states it is for ages 8 and up but younger children can easily learn the game if an adult walks them through the instructions. A word of caution though… it will leave your sweet tooth screaming for more. At least these desserts don’t have any calories.

You can see what other sweet treats Looney Labs is serving by keeping up with them on Facebook and Twitter.

What is your favorite dessert?