Have you ever heard people talk about how texting and spell-checkers are hampering our children’s ability to spell. They reply and finish sentences with simple abbreviations. Crazy, IKR?! (For the record, I hate that in blog posts.) Despite how much I love smart phones and all, I recently had a revelation that kind of caught me off guard.

When I was in high school, I was all about business. Literally. Advanced math, accounting, advertising, programming (which was pretty rare at the time) and seriously important, typing. I actually had two full semesters learning how to type properly. Learning speed and accuracy. Half the machines were electric and the other half were manual carriage return typewriters. Made a mistake? White out. Want a duplicate? Layer the paper with carbon. (That stuff was ridiculously messy.) I remember my teacher telling me that my words per minute (with accuracy calculated) was the highest she had ever seen in one of her students. It was something I was really proud of at the time. As I’ve gotten older, I recognize the disadvantage that the hunt-and-peck system of typing presents. Thankfully, I’m not anywhere near that.

However… just as we fear that spell-check and texting are dumbing down society’s spelling capabilities, I realized that my skills in typing over the past several years have also suffered. It wasn’t until I started using my Microsoft Surface Pro 3 Intel 2 in 1 computer that I realized it.

At the risk of having my master typist award revoked, I have to admit that I recently couldn’t find a few keys. Scratch that. Not just a few… a lot. I also had developed some bad typing habits like tapping the shift key and expecting it to automatically capitalize. It isn’t that I haven’t been typing because I have. My primary station for work is a desktop computer with a full-sized ergonomic keyboard. The problem is that I was too used to the modified keyboard built into the tablet I have been using when I was away from my PC.

I haven’t had a laptop in years when the one I had been using was irreparably damaged while beta testing some hardware. I had convinced myself (and Scott) that I didn’t need another laptop. Anything I needed to do I could do on my PC at home or my tablet while on the go. 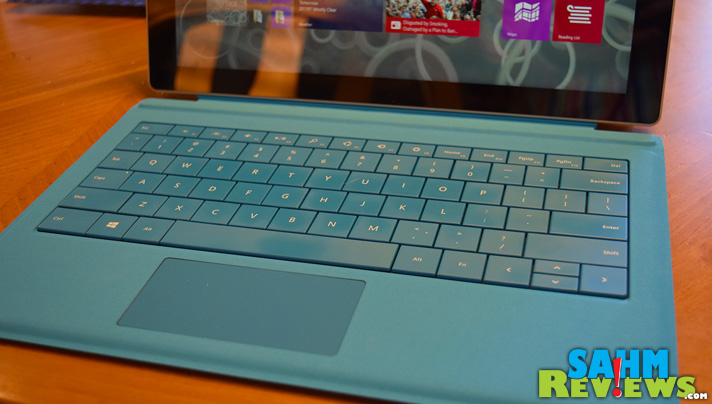 You know what? I was wrong. Not only did the tablet not have the ability to do all the things I needed it to do but I also was unknowingly degrading my skills. Don’t get me wrong, I love having a tablet but having a 2 in 1 gives me the best of both worlds. It’s a tablet when I want it to be and a standard computer when I need it. You’ve probably seen the commercials with side-by-side comparisons. Those commercials are spot-on. I was amazed with how easily I adapted to the 2 in 1 and started taking advantage of the fusion of features. 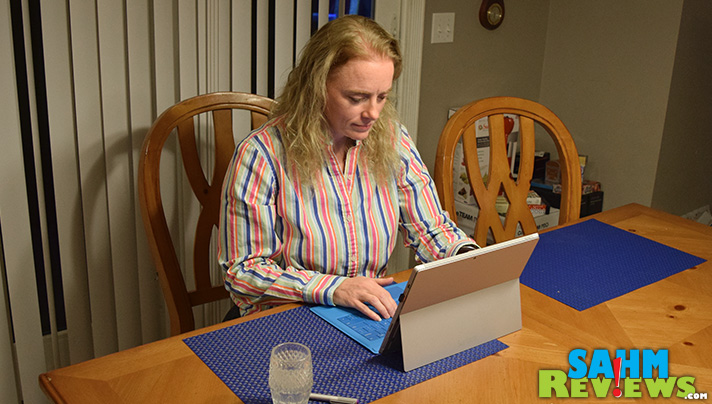 Picture this scenario: Typing a document and make an error or decide to make a revision. Previously on the PC, grab the mouse and navigate to the location of the desired change, click and fix. With the tablet, scroll, hold and select and correct. Mind you, I avoided typing blog posts on my tablet because it was a total nightmare. With my Intel 2 in 1, it’s e-a-s-y! No scrolling with a mouse or fighting with layered keyboards. If I discover something I want to fix, I (drumroll, please) tap the screen! Then I type the correction or modification. It’s fantastic!

Having the versatility of a PC and the portability of a tablet has made me think this is something that everyone needs. Next time you’re at an electronics store, be sure to check them out.

I love the Microsoft Surface Pro 3 Intel 2 in1… and it would make my typing teacher proud to see that my skills are quickly returning to their former glory.