Back in 2004 we purchased a house in Arcadia, California to be closer to my employer’s new manufacturing facility. It was a much larger house than we needed, but was in one of the best public school districts in the region and housing prices were still on the rise. Doubling our living space meant barren walls and rooms that needed furniture. But I had a different priority…it was time to finally upgrade from the 28″ CRT television we received as a gift more than a decade prior. 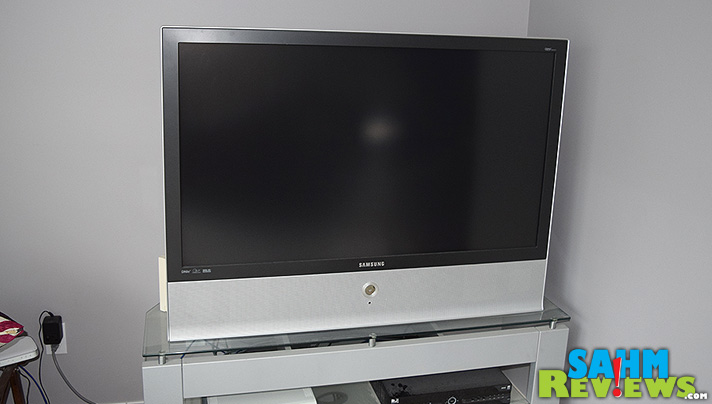 This was one of two brand new Samsung DLP televisions that we purchased to fill up some wall space. A 61″ for the living room and this 46″ model for the bedroom. In the past 9+ years we’ve replaced bulbs, a color wheel and a ballast in an effort to squeeze some more life out of them. Last year the 61″ finally broke something that made it more costly to fix than what it was worth. Plus, television technology has gotten better with higher resolutions, better sound and the inclusion of apps for Netflix and the like. So the living room model was dismantled for spare parts for this one and a new LED TV took its place.

Because the one in the bedroom wasn’t used as much, it still chugs along. It may only be 720p, but it is clear enough for tired eyes. We recently hooked up an xBox 360 to it to be able to stream movies but ran into a problem. This television only has one HDMI port (a brand new feature in 2004) which was being used by the satellite box, so the xBox had to be connected via component cables. 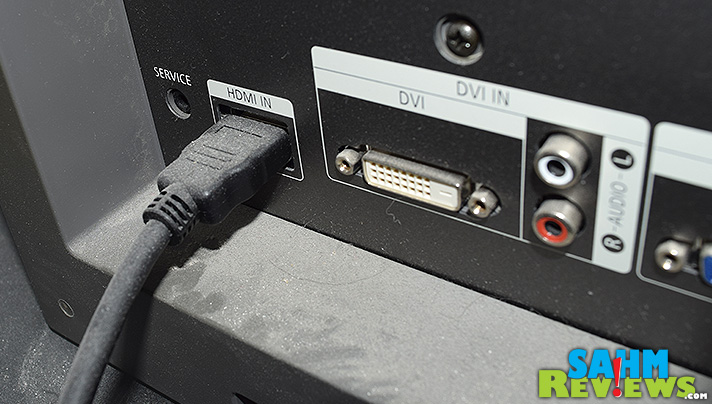 We found an inexpensive solution that should help us get a few more years out of the TV – a Kinivo HDMI Switch. This particular model is the 301BN and allows you to hook up three HDMI devices and have them share one port. 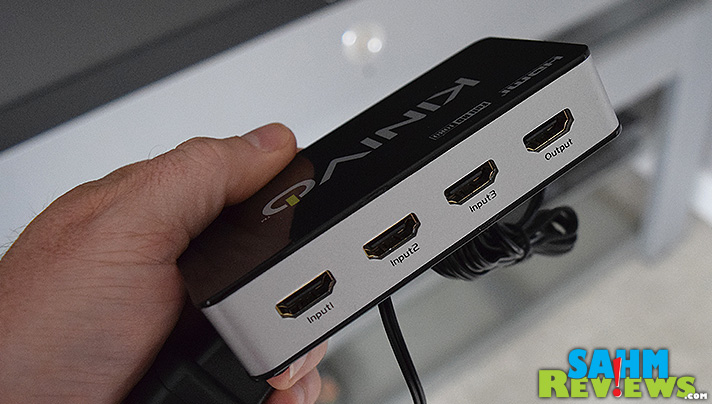 Installation is obvious and the instructions weren’t really needed. Simply plug it into the wall, hook the “Output” port to your TV and plug your devices into the “Input” ports. There is also an included RF remote that is needed to ‘switch’ between the different inputs. We use a programmable remote, so it was easy to add the HDMI switch to the program so it automatically switches when we turn on a new device. Please note that no HDMI cables are included, so you may need to pick up one extra. That’s the only issue we had, for the cost of a cable (a buck or so), it would have been nice had it been included.

We were big fans of Kinivo’s portable speaker we tried back in March, and are please to find how well this little HDMI switch works to solve our issue. Be sure to connect with Kinivo on Facebook or Twitter to see what else they’re working on. And if you have an older TV that you need more connections for, this is your solution! Find it on Amazon for under $30! MUCH cheaper than a new TV!