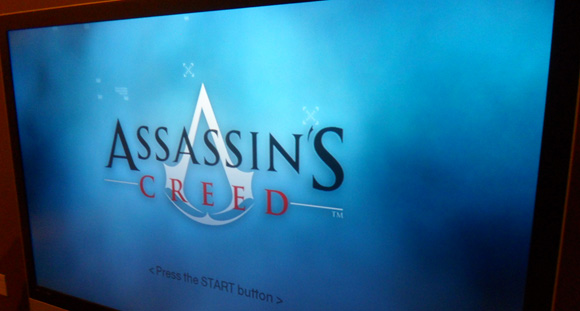 I don’t know about you but when there’s a gamer in the house, you need to find ways to feed the gamer’s addictions. I’ll be honest and say that I’m a total enabler because I like watching my gamer play. This has been a problem for many years. The addiction is just as much mine as it is his. Before the kids were born, there were many nights that we would stay up to the wee hours of the morning with him playing a video game on the console or PC and I would be sitting alongside, watching and cheering him on. (And getting us drinks and snacks or whatever.)

Take, for example, games like Assassin’s Creed. DH got the game when it first came out. He played it back then on his XBox360 and really enjoyed it.

We still have it, actually and he still plays it sometimes. 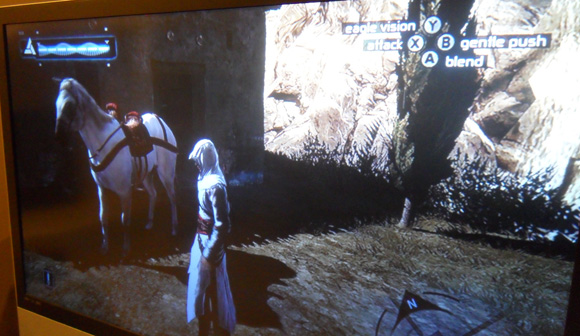 It’s labeled “Mature” so while we don’t allow our 9 year old daughter to play, she does love watching dad play.  She inherited that trait from me. (She’ll thank me when she’s older, I’m sure.) It’s a first person RPG where much of the success hinges on not getting into combat situations.

We missed out on getting additional games in the line because, honestly, I didn’t realize there had been any others! (I know, head in the sand. Don’t judge.) but guess what? Assassin’s Creed III is out. On the market. And on the wish list. I would love to be able to surprise DH with this game because games like this make for some great father/daughter or husband/wife bonding time. I don’t play along with him, although I’m sure I would enjoy it. I just like to hang out and watch… and backseat drive. I’m really good at telling him how to play video games even when I don’t play.

Unfortunately, I’m not too good at surprises for hubby. Since he reads my blog (wave, wave, Hi Honey! Thanks for your support!), it’s hard to sneak anything past him. So I’m going to have to lay it all out there so you might have a chance of suprising someone who has Assassin’s Creed III on their list.

Hold onto your shorts. It’s an Amazon Gold Box Deal of the Day today! Wait! Don’t click away yet! I haven’t told you the deal!

For only $33!!! Okay. Now you can go click. But don’t forget to come back so you can finish reading!

We don’t own Assassin’s Creed III yet but we will soon. Now we need to figure out if it is on anyone else’s list so we can try to surprise them with it!