I’ve been asked many times why I’m a SAHM (Stay-At-Home-Man), and the honest answer is for my children. When I was their age, my father was stationed overseas for many months at a time and he missed many magical years during mine and my brother’s youth. While I never harbored any animosity towards him for it, I do believe it affected the closeness we had (or didn’t have) until many years into my adulthood. I swore I wasn’t going to let that happen to my daughters. After untold 70-90 hour workweeks building a company in the Los Angeles area, we made the choice to sell our share and ‘retire’ back to the area my wife grew up in the Midwest. The proceeds from that sale have allowed us not to return to the workforce by choice (although the current economic climate may change that someday).

So, what does one do when they’re too old for video games and too young for afternoon bingo? Golf? Tried it, I have no patience for it. Hobbies? Gone through many, but they change on a regular basis. I started thinking about dad after he retired – what did he do? He became Mr. Fixit. Whether it was building an addition to the house, tinkering with his car-of-the-month or tackling an appliance on the fritz, it became his outlet to keep his mind busy (and out of mom’s hair).

When working, I never had the time to fix things. If the washer broke down, I called a repairman. Same for the fridge, dryer, oven, stove, etc. Last thing I wanted to do after a long day’s work was to start a project I knew I wouldn’t finish by dusk. But now things are different and I have found I truly enjoy being the go-to guy at home when something doesn’t work.

Whether it be gluing the wings back on one of the girls’ fairies or reprogramming the DirecTV box for the umpteenth time, I get a great feeling of satisfaction of a job well done. I even undertook the complete repair of an old refrigerator we had and it is now our main appliance in the kitchen! My weakness though has always been tools. I’m the master of not having the right tool for the job. A screwdriver makes a good prybar, the wife’s kitchen scissors work well (once) as tin snips. One great tool I received at Christmas many years ago was a Ryobi brand high speed rotary tool. At the time there were only two on the market, Ryobi and Dremel. I don’t know why Santa chose one over the other, but I do use it 6-8 times a year on various fix-it projects.

Over the following years I acquired a bunch of add-on bits and things, usually Dremel brand. I’ve tested other brands as well, some well known, some Chinese-quality from Harbor Freight. One thing I have learned is that the Dremel line of accessories are more than worth the slight extra cost as the bits can be used more than once in most instances. With the knock-off bits, I was lucky if they didn’t break during the first use. And at 12,000rpm, you don’t want flying metal. Trust me. 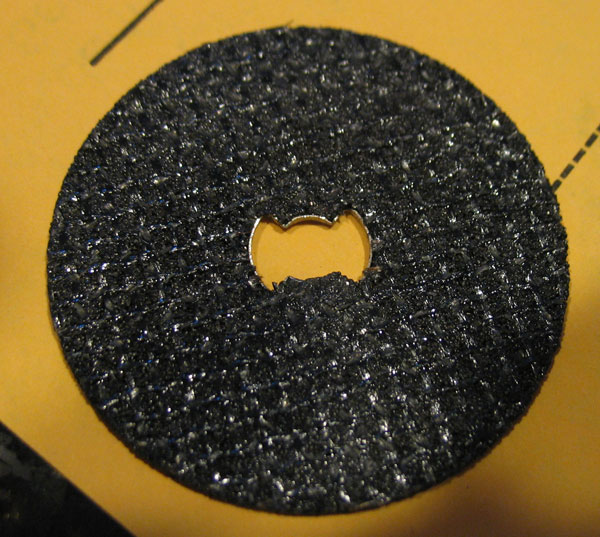 Most projects require more than one tool or accessory, and they never flow in the right order. You always end up changing tools back and forth, unscrewing then tightening the Dremel every time. Magnetic screw gun bits would not work with these rotary tools, they just spin too fast. Fortunately there is a rapid-change solution now! And it was invented by Batman! (kidding, but you can see why I say that) 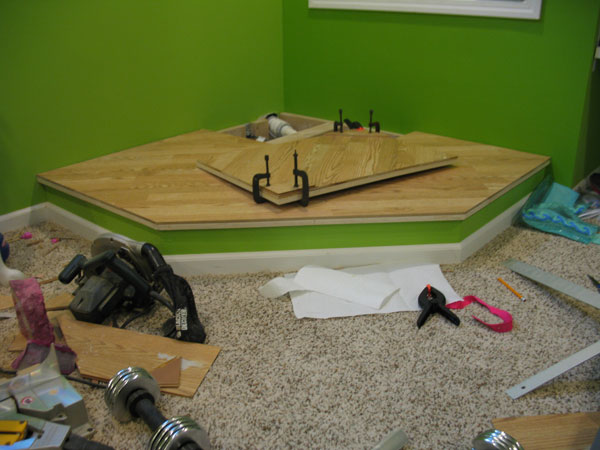 My latest project was finishing up a stage for the girls to dance on. This was my idea as a creative way to cover the sump pump well in the basement. I didn’t want a closet as most do, but I wanted it covered when we didn’t need access. Now, most of the construction was done with regular tools (compound miter saw, screw gun, hammer, etc.), but there was one final piece of the puzzle that was perfect for these new Dremel attachments – the metal edging. I purchased an 8’ piece of aluminum stair nose and proceeded to “Dremel out” pieces so it could be folded around the edge of the stage. While my technique may not be 100% union-approved, it did work on the first try. And I loved being able to ‘pop’ in the cutting disc and not worrying if I was applying enough torque (or too much) to the old disks. I’ve cracked WAY too many of the old type by tightening it too much – impossible with this new tool! 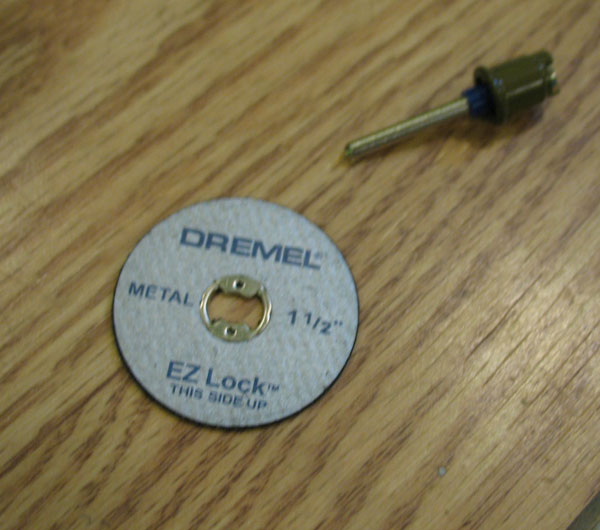 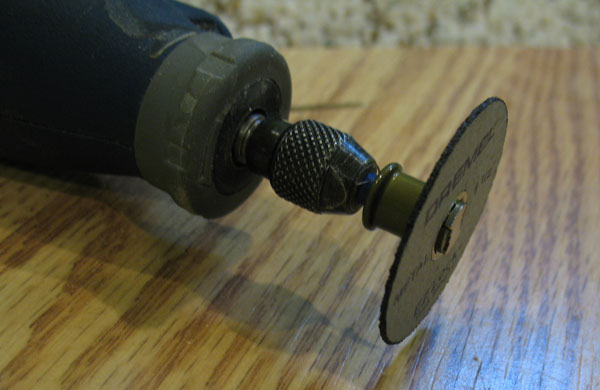 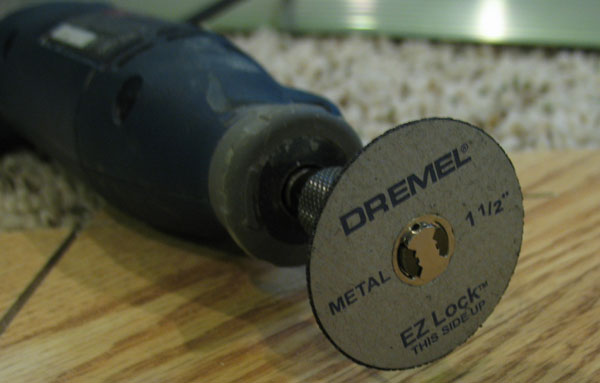 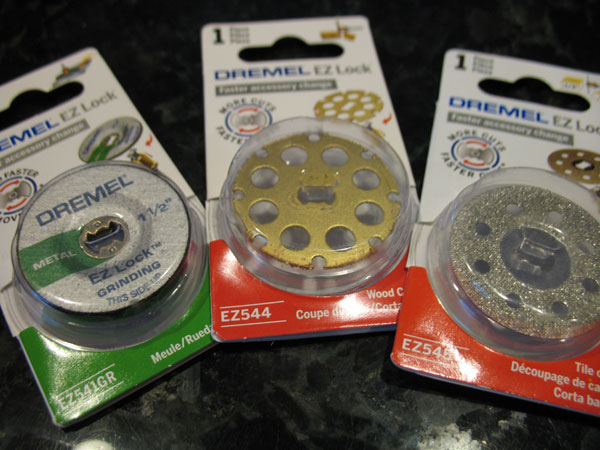 The EZLock bit is available at many retail stores, including Amazon.com. There are quite a few wheels for this new tool already on the market, from cutting to grinding to polishing. You would be hard pressed to not find one that will fit your project. Whether you have a Dremel, Ryobi or other brand it will fit. It has become a critical part of my new tool crib and should be part of yours also.