When I think about my childhood, I remember the days I’d play with friends outside. We’d skate, bike, play Kick the Can and other games. But on nights when we had to be inside, my sister and I would sometimes do fun things with our parents. Sometimes we’d do puzzles, sometimes Monopoly and of course other board games. We do those same things now that I’m a parent but now we have a game called Rory’s Story Cubes. 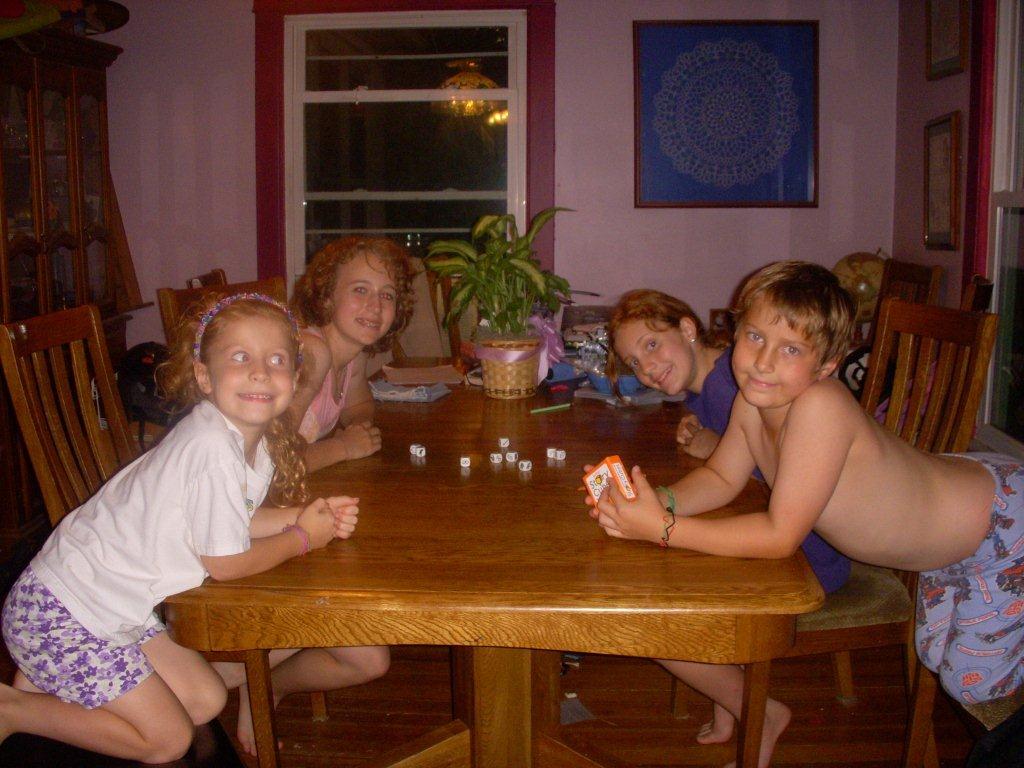 Rory’s Story Cubes is a game where there are nine dice with different pictures on them, for a total of 54 images in all. There are pictures like a fish, apple, arrow, bee, cell phone, padlock, hand, envelope…well, you get the idea. They are random pictures that you use to tell a story. And the best part about this game is that there are so many ways to play. The only requirement is to mention the pictures on the dice in the story.

The first time we played the game there were three of us: my 7 year old son, 5 year old daughter and myself. The game suggests that it is for ages 8 and up but my children really wanted to play it. It was before school so to keep it short we each took three dice and rolled. We then each told a story with our three dice. Since we had enough time we decided to make one long story out of all nine dice and took turns picking which of our dice we would use. It turned out to be pretty humorous. 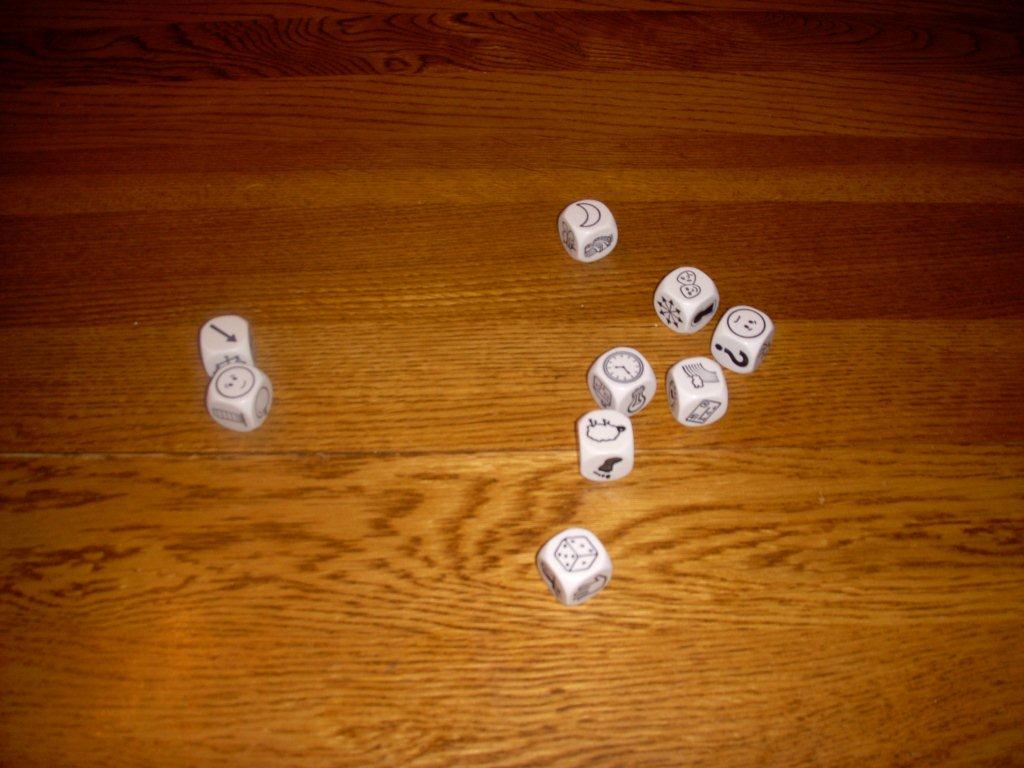 The next time we played my 10 year old and 12 year old daughters played as well. They also enjoyed it because they could make the story take different levels of serious or silliness.

My favorite part of this game is that it isn’t limited to certain ages. Although it was 8 and up, my five year old was able to play because she knew what the pictures were on the dice.

When asked what my kids liked most about the game, they said you don’t ever have the same dice twice so the story is never the same. You could also be silly or serious, tell a short story or long one. And, of course, the rules are easy to follow. Finally, the pictures could actually be a couple different things: the fire sort of looks like a ghost, and the compass kind of looks like a snowflake.

All in all the game was enjoyed by all members of the family and comes highly recommended from the Hammers.

8 thoughts on “From Serious to Silly: Oh, the Possibilities!”