There’s a style of dice game that has gained in popularity over the past few years called “push-your-luck”. Martian Dice and Ninja Dice are good examples of games with it as the main mechanic. Unlike Yahtzee where you may only roll up to three times, these games allow you to re-roll your results as many times as you like until some sort of criteria occurs. For example, in Martian Dice you must stop when you have too many tanks rolled to overcome with your death rays. 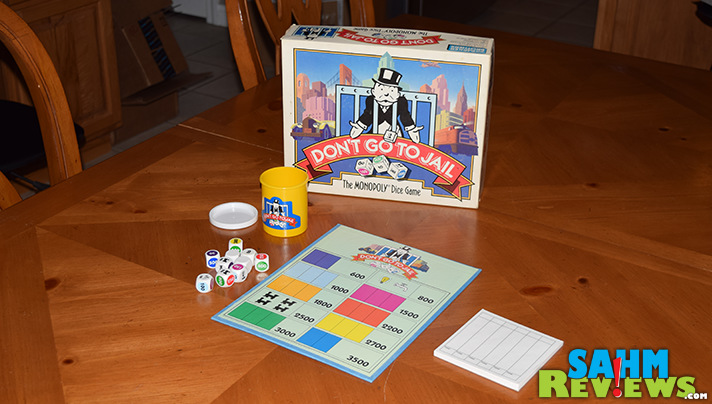 This week’s Thrift Treasure is a much earlier incarnation of the push-your-luck feature. Parker Brothers, again trying to expand on its Monopoly license (eg. Monopoly Zapped) along with licensed versions of the classic, issued Don’t Go To Jail: The Monopoly Dice Game in 1991. Later renamed to Monopoly Express, it actually did a good job of utilizing the Monopoly theme into a completely new game. 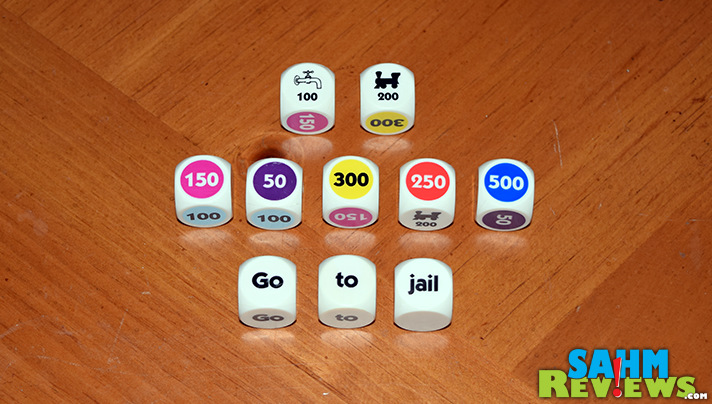 Designed for 2 or more players, Don’t Go To Jail includes ten custom six-sided dice, a game board, score pad and a Play-Doh-looking dice cup. On your turn you roll all ten dice and examine the results.

The losing criteria for a turn in Don’t Go To Jail is when you roll “Go”, “To” and “Jail”. Each time you get one of these words, they are placed on the board in the jail section and cannot be re-rolled. If you get all three words before ending your turn, you score nothing and pass the dice to the next player. 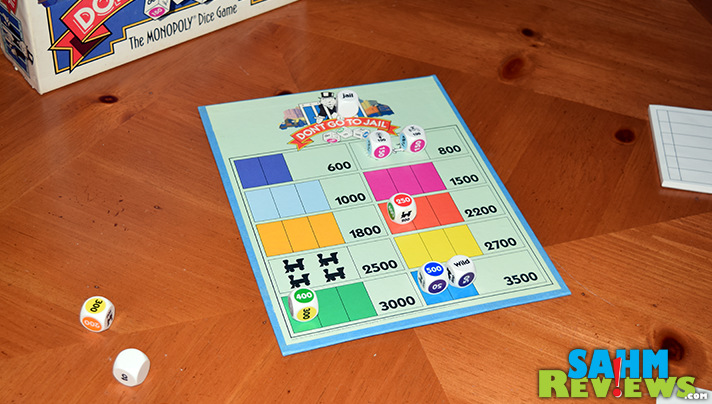 Just like in classic Monopoly, you are trying to build sets of properties. There are ten different sets that can be made (eight standard properties, railroads and utilities), so obviously with six-sided dice, not all sets will be on all dice. 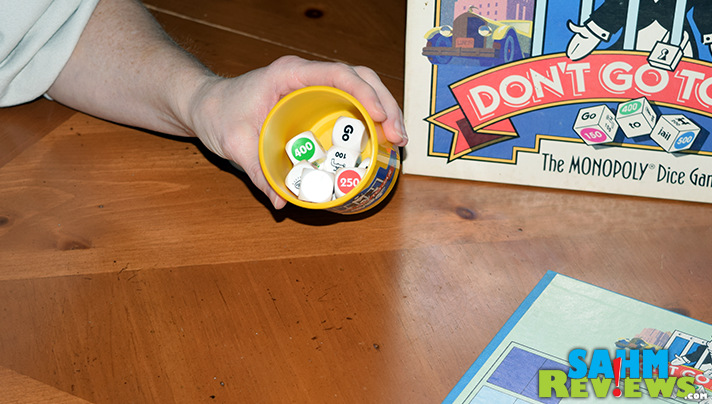 Start collecting a set or two, but take note that once you place a die on the board, it cannot be moved or re-rolled. It is OK to check the other dice you have to determine if the set can still be completed, and is a highly recommended strategy. 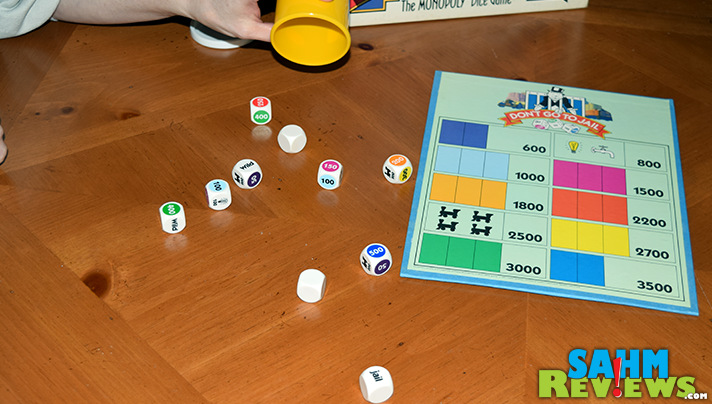 Once you have decided which dice to keep (by placing them on the board), all remaining dice are re-rolled. You may end your turn at any time before getting “Go To Jail” and tally your score on the included score pad. Each completed set is worth the value printed on the board. If you were not lucky enough to complete any sets, you still get a consolation score. Find the property where the dice have the highest total and receive that amount (you may only score one uncompleted set).

Depending on the number of players, the first to reach the pre-determined point total will ‘probably’ win. To make it fair, all other players in that round still get another turn and the opportunity to pass you.

Once again, Don’t Go To Jail is now known as Monopoly Express and comes in a convenient plastic travel case with a much smaller board. There are some minor iconography changes that further utilize the theme (Chance symbols instead of a simple “wild”), and is a good 20 minute alternative to the dragged-out classic game. Find a copy for yourself at your local thrift store or brand new from Amazon! Just make sure you Don’t Go To Jail!