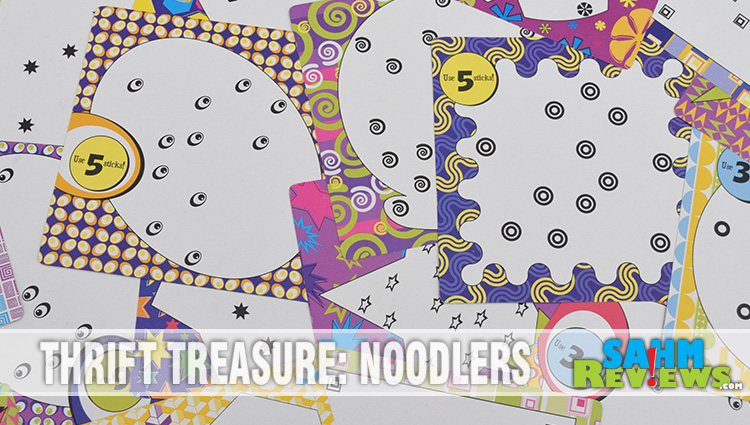 I guess you could say I’ve been on a bit of a single-player puzzle kick lately. There are so many different brain-stumping challenges available, from Rubik’s Cubes to portable puzzles with increasingly difficult levels, there really is something for everyone (and every ability) out there. 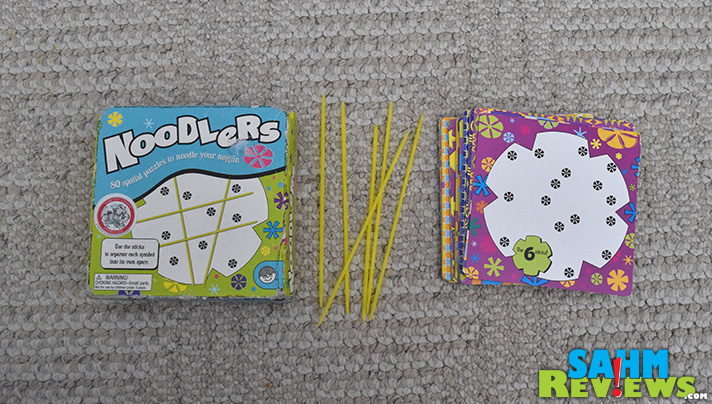 We recently found a copy of Noodlers from MindWare at our local Goodwill for the hair-raising price of 88 cents. Much like many of the single-player puzzles we’ve highlighted in the past, this one also has different level cards that warm you up to the game before turning up the difficulty. 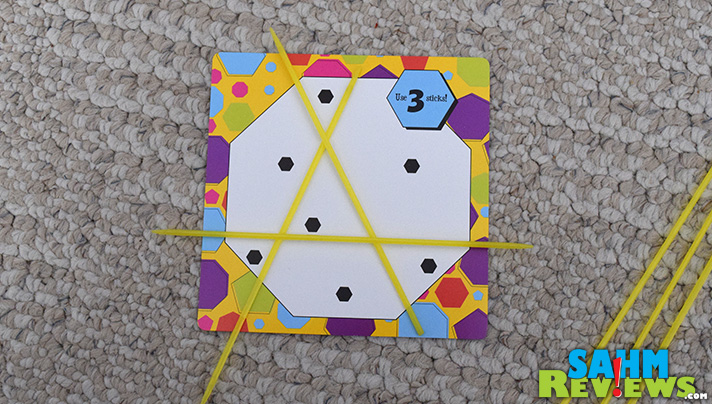 Your object is very simple. Using the included plastic sticks (leftovers from a game of pickup stix?) you place them on the cards separating the symbols so there is no more than one in a section. Sounds easy, right? The cards that required you to use three sticks proved challenging, but not hard. The ones that utilize more sticks was a different story. 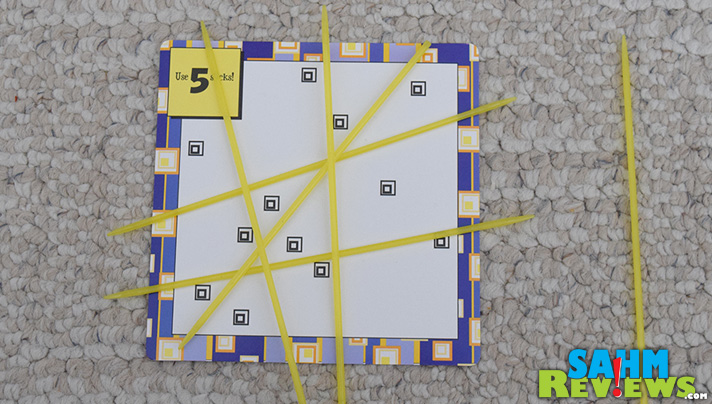 This particular one with five sticks took a number of tries through trial-and-error to achieve. If this one mid-level challenge required 10+ minutes to solve, I have no chance of defeating the 6-stick versions. Fortunately each card has its corresponding solution printed on the back, if nothing else to prove that they are solvable and I’m an idiot. 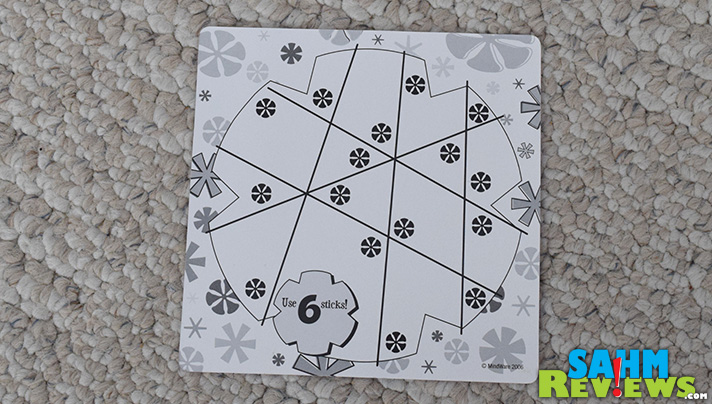 It strikes me as odd, there are some puzzles I’m very good at. Last week’s 3-D Star-Art played right into my abilities. Give me a Rubik’s Cube and I’m all over it. But for whatever reason, Noodlers exposed a weakness in my brain’s abilities. I found these to be very tough for me, so much so that it became frustrating. There were many so-called “easy” ones that I could not solve no matter how long I stared at it.

This is not a fault of the product, but a fault of the user. There will be many people (maybe you) that this is perfect for. Maybe even too easy. But not for me. I know my weaknesses and have now discovered another.