By the time this article is published, Goodwill stores across our state will have opened. I can almost guarantee I haven’t taken the risk of shopping in the crowds that will no doubt be there the first few days. Our Goodwill didn’t close until late March, so we were able to pick up quite a few new titles from those who began their spring cleaning early! They’ll keep me busy until things calm down.

Out of Sight by Mattel set us back only $1.88 and looks as if it had been opened and never played. Even the included pencil was still sharp! It’s a card game mixed with a dice game. And there’s a timer! We thought “This should be interesting!” 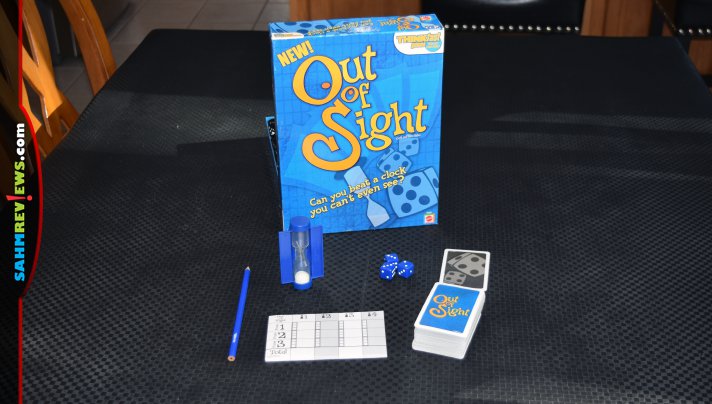 Inside the box are 109 cards (12 cards each of 9 different colors/suits and one “doubles” card), three standard six-sided dice, a custom sand timer with cover, a score sheet and the aforementioned pencil. The goal is to grab as many cards that match the results of your dice rolls. Shuffle the deck of cards and deal out five to the center of the play area. Place the rest of the deck alongside as a draw deck. The “doubles” card becomes the sixth card in the tableau. 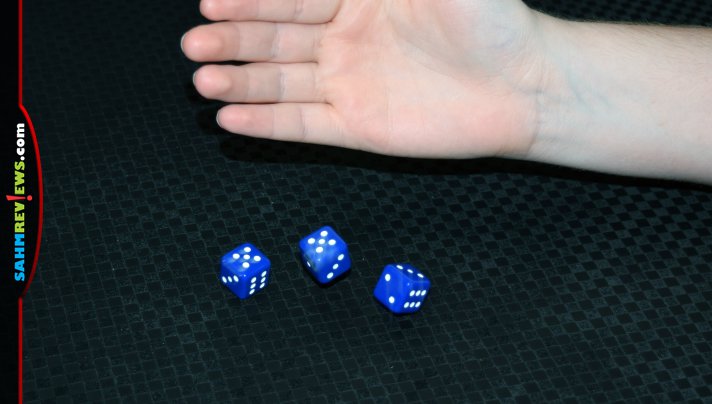 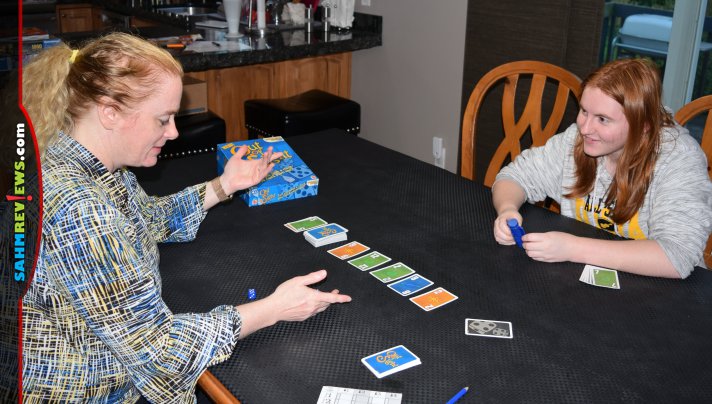 As fast as they can, they will grab cards that either match the die’s results or use more than one die to sum up and take a higher-numbered card. More than one card may be taken per roll as long as dice are not re-used. You may also roll and reroll the dice as many times as you like, taking cards from the tableau each time. However, if you run out of time before calling “stop”, you will not keep any of the cards. Only if you end your turn before the timer runs out may you keep any collected cards. 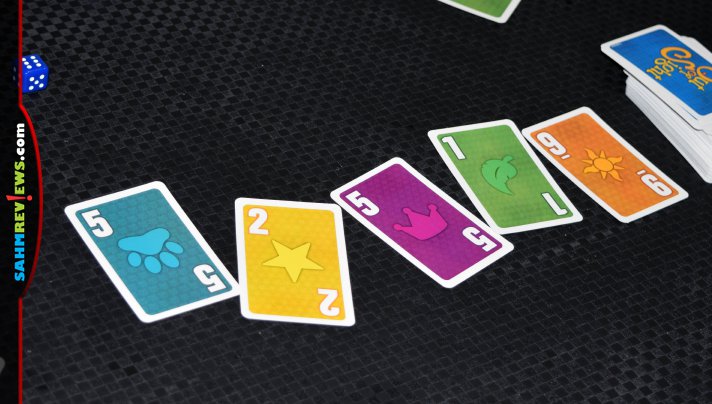 Before rerolling any dice, refill the tableau to five cards. If you roll doubles of any type, you can collect the “doubles” card and activate one of its powers. You may choose to flip the timer over, extending your turn’s time. Or you might call for a “wipe” where you will discard all five cards on the table and deal out five more. You can only use the “doubles” card once per turn and the timer does not stop while you make your decision! 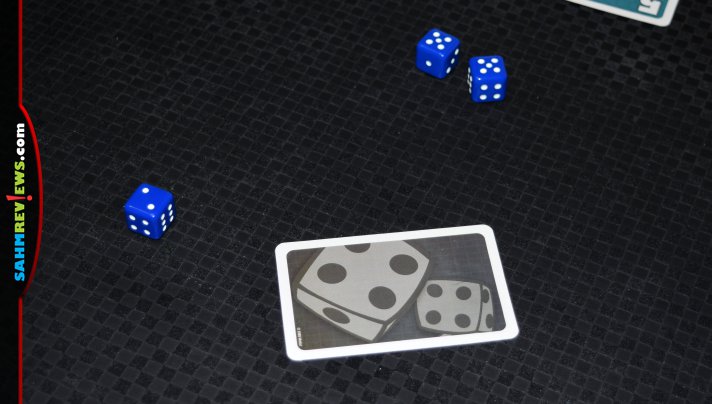 After all players have taken three turns, each counts up the number of cards they collected and scores one point for each one. Two additional rounds are played in the exact same manner after returning the cards and reshuffling the deck. The person with the highest overall total at the end of the game wins Out of Sight! 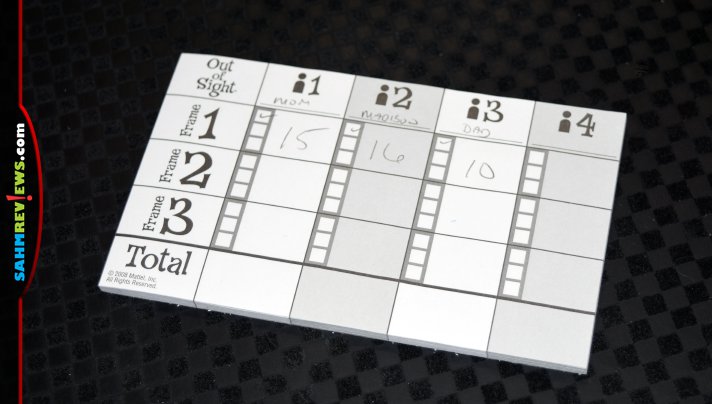 Additional rules are included for a more advanced game that revolves around only collecting a certain number of colors (suits), but we found them to be much too difficult for a speed game and incomplete (possibly broken) for the third round. We suggest only playing by the base rules and keeping things simple. You can find new copies of Out of Sight on Amazon and a number of used examples on eBay!

Have you ever played a game with a hidden timer?