Of all the polyomino games I told you about last year, Second Chance flip and write game continues to be my favorite. There’s something about the simplicity of the game’s rules combined with its puzzle aspect that appeals to me. I’m always happy to find games that utilize strengths from some of my favorites. Perhaps that’s why we played so many polyomino and “and write” games last year.

Or should I say, “last year… and this year.” Cue the music for Silver & Gold from Pandasaurus Games.
Polyomino? Check.
Flip and write? Yup.
Compact? Sure is.
Quick play time? Indeed!

Silver & Gold incorporates some of the same positive traits of Second Chance with scoring parameters that add some decision making options into the game. Your goal is to earn the most points after four rounds consisting of seven turns each. So let’s talk about how to play. 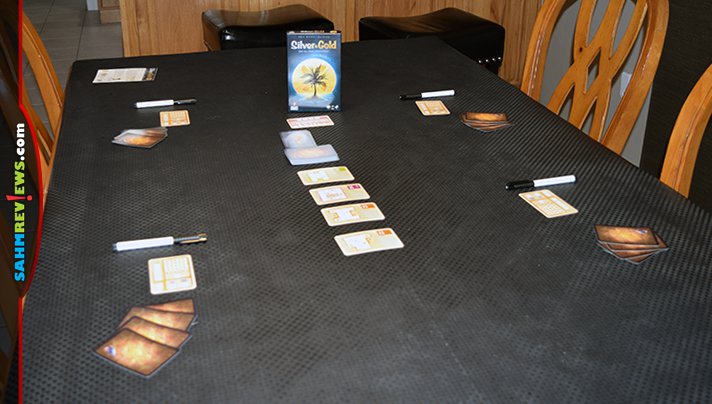 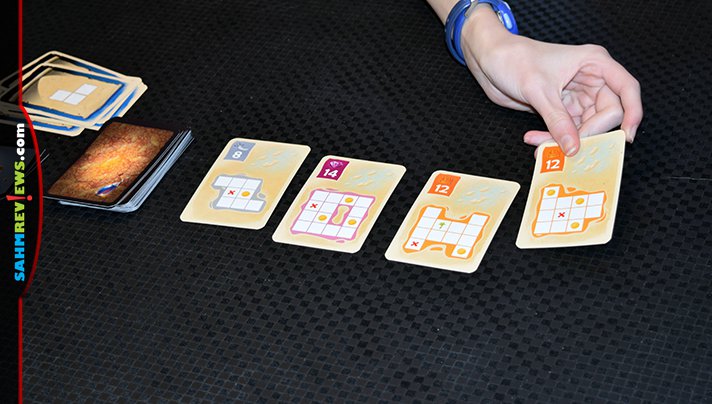 As you examine the treasure cards, you’ll notice they display are a variety of shapes with coins, palm trees and red x’s randomly spaced throughout. There are four different colors of cards, each with a number in the upper left corner. These represent the points you’ll earn should you manage to complete the card. The symbols have specific meanings when marked off and I’ll go over that in a minute. In the upper right hand of some of the cards, you’ll see bonus points. More on those in a minute also. 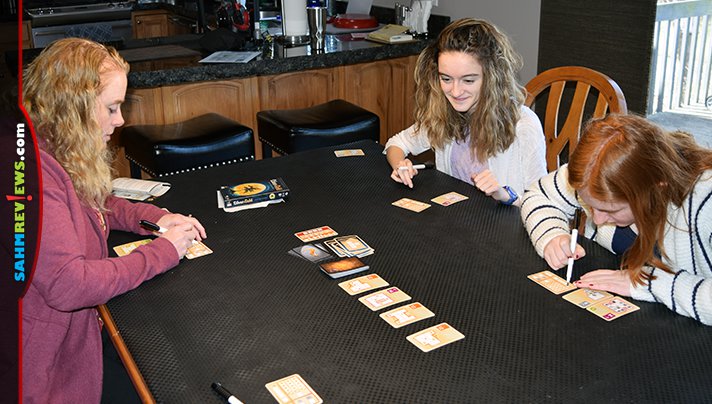 We need to go over the basics first! You’ll select a starting player for the first turn of the round and play will rotate clockwise after each turn. There are seven turns in a round with each consisting of three steps. Reveal an expedition card, cross off boxes and complete rows of coins or treasure cards. 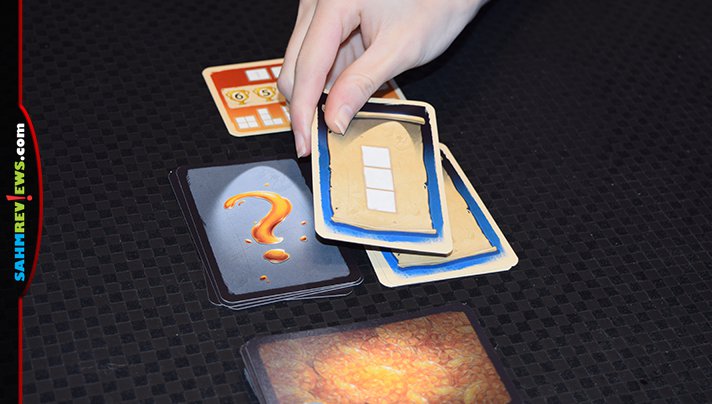 At the bottom of the round card, you’ll see eight shapes. Each of these is represented on one of the expedition cards. In step 1 of each turn, an expedition card is revealed. While there are eight total expedition cards, only seven will be used per round. When it’s revealed, you’ll have two choices. Either disregard the card and mark off one square on one of your personal treasure cards or cross off squares equivalent to the shape on the card. 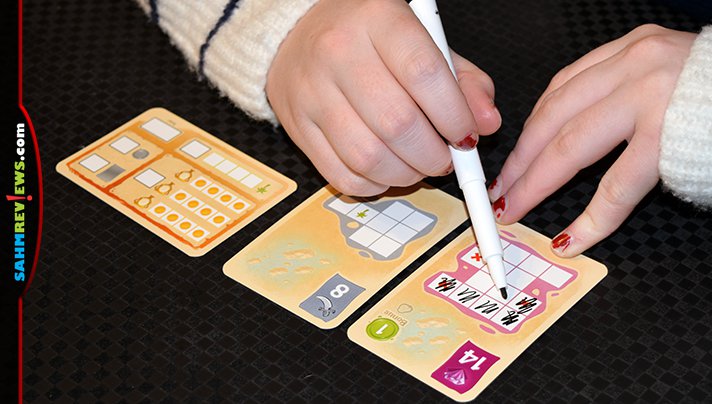 When you opt to cross of the entire shape, you can invert it, rotate it, flip it, mirror it, do whatever as long as it is an exact representation of the one revealed. You’ll mark an x in each open space on one of the two treasure cards.

In the event that you cover an x, coin or palm tree then you get to take an additional action. If you cross off a coin then you’ll mark one off on your score card. With a palm tree, you’ll earn bonus points based on the number of palm trees on your own treasure cards and the four available cards in the center of the table. An x symbol allows you to cross any other empty box on either of your incomplete cards. You can stack your bonuses meaning you can use the x to cross off another x, coin or palm tree. 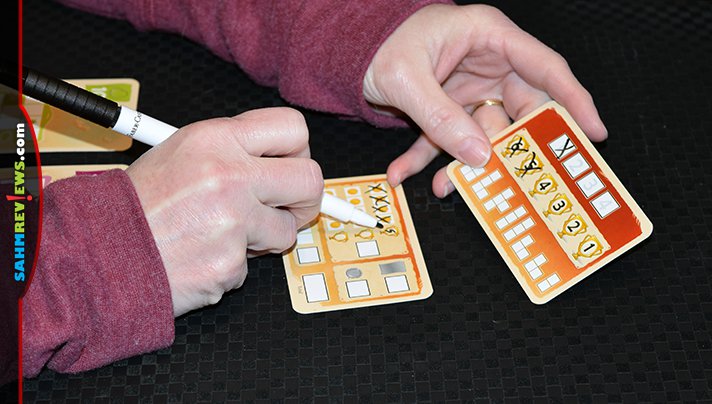 In turn order from the first player and going clockwise, you’ll take the third and final step. If you’ve completely filled in all the spaces on one of your cards then you’ll set that card aside and take a new one to work on from the available cards or the top of the treasure card deck. If you’ve completed a line of coins on your score card, you’ll earn the next trophy on the round card. If the completed card shows a bonus in the upper right, you’ll earn additional points for each card of that color that you have completed at the end of the game.

After the third step, the first player rotates and the process continues with the first step again. After 28 turns (four rounds), the game ends and points are tallied. The player with the most points wins Silver & Gold! This quick game is perfect for a family game night, supporting 2-4 players ages 8 and up. You can pick up a copy on Amazon or direct from Pandasaurus Games. We’ll be digging through the feeds on Facebook and Twitter to see what kind of treasures they’ll be releasing in 2020 and we encourage you to do the same.

What are a few features of a new game that will make you want to try it?