Last week Nicole told you all about Born to Serve, a card game where a bunch of superheroes are working in a diner and fulfilling customers’ orders. What’s the deal with that?! It sure seems like a menial task for crime-fighting superheroes, but to each their own. When I play a superhero-themed game, I want it to be set in reality. And by that I mean from one of the two established universes we’re all familiar with.

My choice of a superhero card game to include in our annual holiday gift guides is Cryptozoic Entertainment‘s Challenge of the Superfriends. Set in the DC Universe and utilizing art based on the classic TV series by the same name, you and up to three other players take on the roles of individual members of the Superfriends as they fight against some of the most sinister villains of all time, The Legion of Doom! 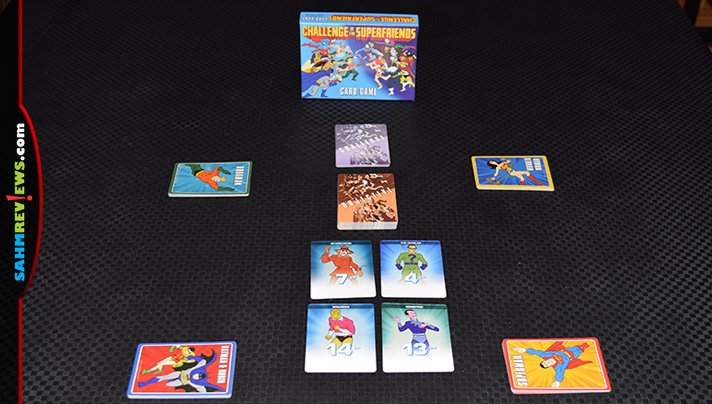 The entire game of Challenge of the Superfriends is composed of 82 standard-sized playing cards. Four Power Decks of ten cards in each player color/character, 32 Objective Cards and ten Challenge Cards. Each player receives one of the character decks (Superman, Wonder Woman, Aquaman and Batman and Robin are represented), shuffles it and set it in front of them. The decks of Objective cards and Challenge Cards are also shuffled individually and placed in the center of the play area.

Challenge of the Superfriends is played over a series of matches until one player has won two of them. Each match is comprised of six rounds. At the start of each round, a number of Objective Cards are drawn equal to the number of players and set face-up next to the Objective Deck. These are the villains you’ll be fighting this round. All players draw a hand of three cards from their Power Decks to begin. 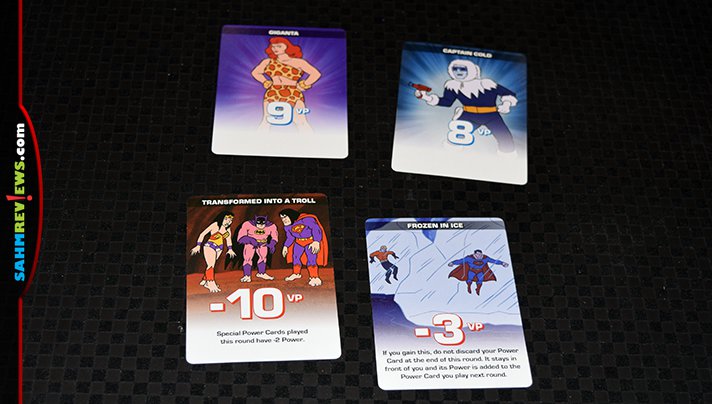 Some of the Objective cards have special text on them and they should be examined when turned over. If they feature text stating “when revealed”, resolve that effect immediately. Other effects might activate when gained by a player or when discarded from the round. 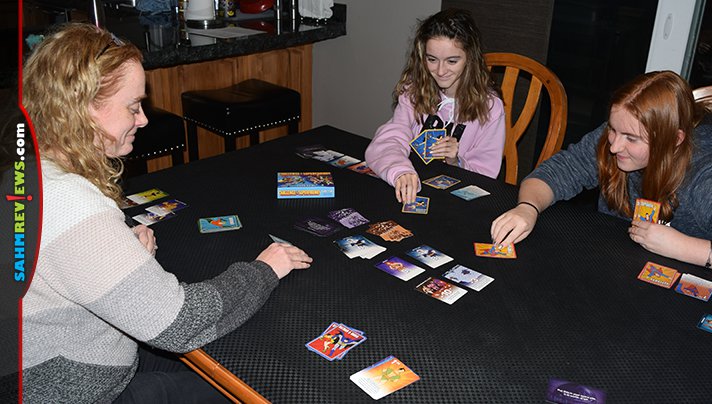 At the same time, each player secretly chooses a single Power card from their hand and places it face-down in front of them. Each card features a large number in the upper left corner and is its Power value (a second, smaller number next to the main number is used in tie-breaker situations). Playing a Power card determines the order in which players will select one of the face-up Objective cards available to add to their score pile. The Objective cards range in value from -10 to +15 victory points, and as mentioned previously, might have special effects if taken. 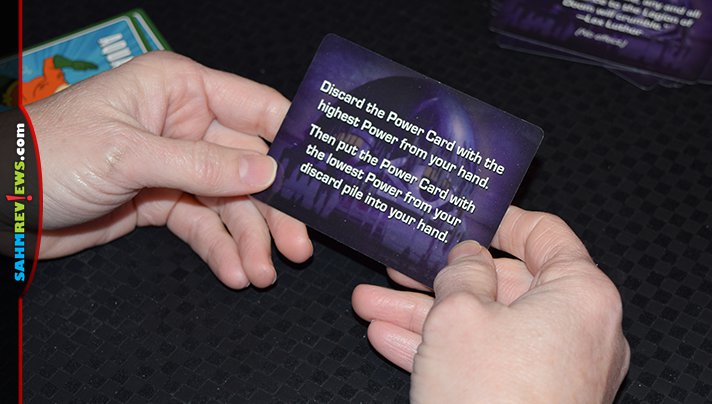 Once all players have chosen their Objective card, any Challenge cards that were drawn as the result of text on the Objective or Power cards are resolved. These are typically negative effects that might require you to play the next round without knowing the values of the Objective cards, discard a random card from your score pile or add negative points to your overall score! After everyone has resolved their Challenge cards in turn order, the next round is set up by discarding all played cards (unless kept live by card effects), dealing out new Objective cards equal to the number of players and allowing all players to draw one card from their Power deck to add to their hands. 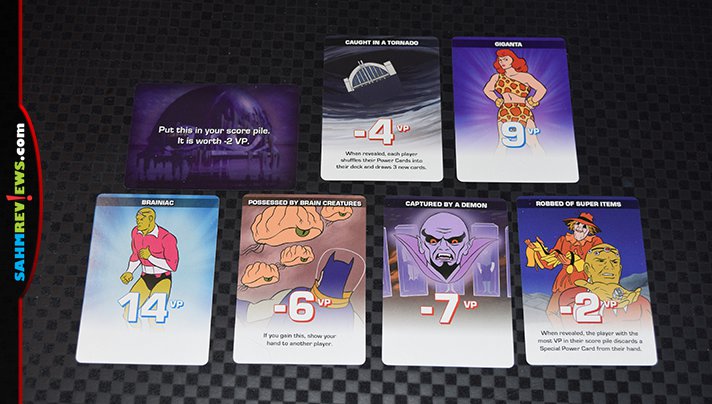 After six complete rounds, each person totals up the victory points in their score pile, with the player who has the highest total winning the match. Another match is played in the exact same manner until one player has won a total of two matches. That person is declared the winner of Challenge of the Superfriends!

The rules are very short and easy to understand, allowing to you get to playing in just a few minutes. A handy section in the back gives more detailed explanations of the effects introduced by each card along with rules clarifications on how to handle conflicting cards. One note – there is no score sheet or way to track who won matches, so you’ll need to provide your own. I’m sure this was done to keep productions costs at a minimum, but is still a minor inconvenience.

Speaking of cost, you can find the Challenge of the Superfriends card game on Amazon, direct from the publisher or at your favorite local game store. Because of its small size and equally small price, it was a natural inclusion in our gift guide of stocking stuffers! Be sure to check out all the other toys and games offered by Cryptozoic Entertainment on their website and then follow them on Facebook or Twitter to find out what new things they’ll debut in 2020!

What is your favorite superhero universe?