If there’s one thing that catches our eye on a game box, it’s the slogan “from the maker’s of Sequence“. Sequence was one of the first games we started playing as a family nearly a decade ago. We would also host game nights with some neighbor friends where we would play a few rounds over drinks. It tended to get a little funnier once the night progressed, thanks to an open bottle of Kahlua.

So when we see a game at thrift with the familiar blue banner, we make sure to take a second look to see if it is something our family would enjoy. There have been a few we have passed on since they were targeted towards younger kids, but this week’s Thrift Treasure was a good match. Poker’s Wild play is similar to Sequence, which made it easy to learn, and at the same time teaches about standard poker hands! 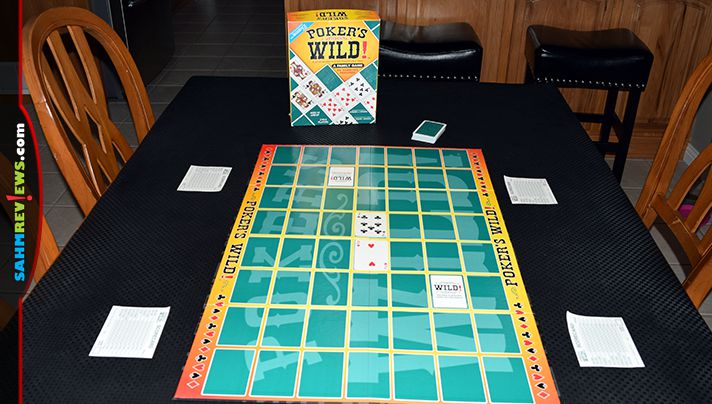 The box includes a custom game board, a standard Hoyle deck of 54 cards, scorecards and instruction. Once the deck is shuffled and the game board is set in the center of the play area, each person (up to six can play) is dealt a hand of five cards. Two additional cards are dealt face-up on the game board to act as “starter spaces”. The rest of the cards are set to the side to be used as a draw deck. 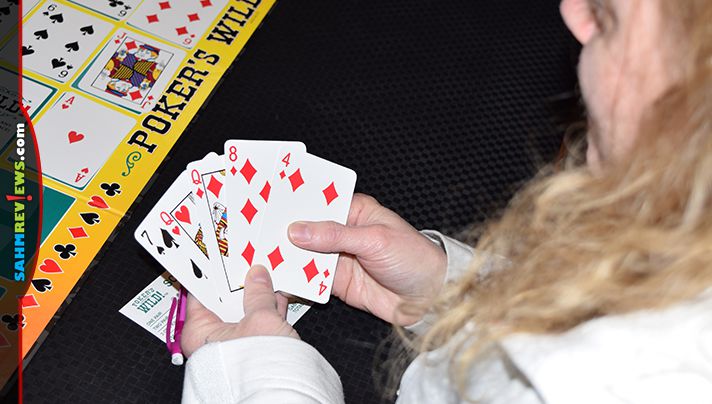 Going in clockwise order, each player will place any card from their hand, face up, orthagonally adjacent to any card on the game board. If the active player manages to create a valid poker hand using the cards next to it vertically or horizontally, then they’ll mark the appropriate circle on their personal score sheet. 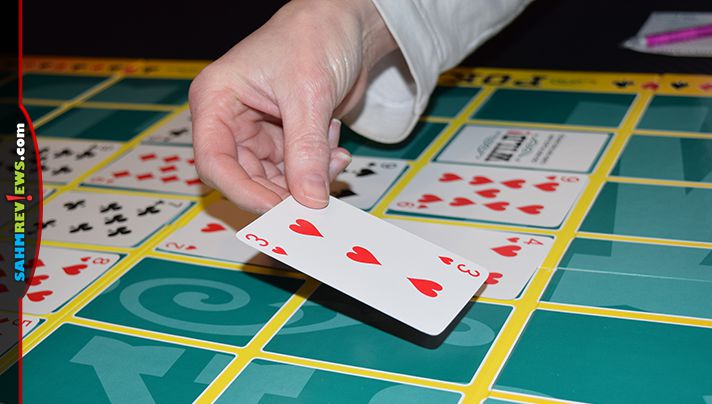 All of the standard poker hands are supported – pair(s), straights, flushes, full houses, etc. All the way through a Royal Flush and the non-standard 5-of-a-kind! The two wild cards in the deck can also be played as any card and used as any card by other players. Additionally, there are two wild spaces on the board that act in the same manner. These never have a card played on them and are used once another card is set next to that space. After that they are “turned on” and act the same as any other wild card. 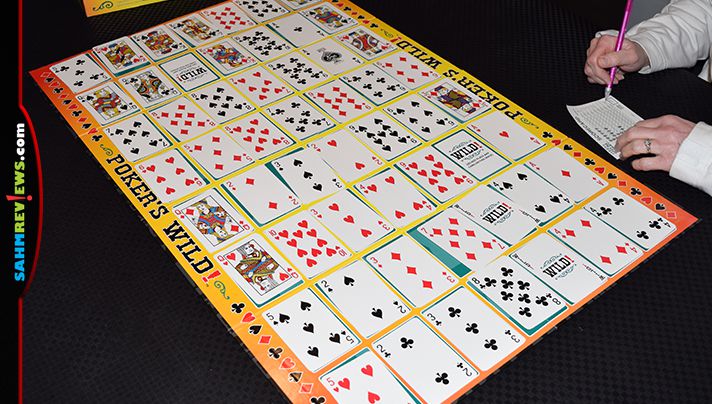 Once all 54 cards have been played, each person totals all their points on their score card. The player with the highest point total wins Poker’s Wild! 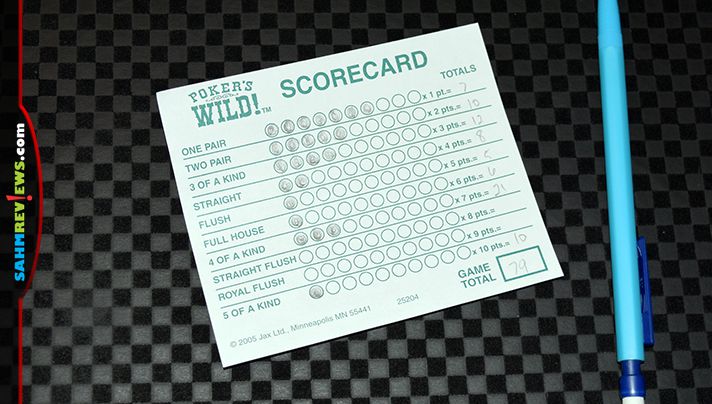 In all honesty, this is a game that could probably be played without a board if you have a standard deck of cards handy. Create your own score sheets and use a couple extra joker cards to simulate the wild card spaces! But for the rest of us who like to have the official version, there are many copies available on eBay for under $10!

What’s your favorite game that uses a standard deck of cards?