You know you have a good thing going when people reach out to you and ask if they can send you stuff. While it’s not uncommon for influencers and content creators to receive random shipments from agencies and brands hoping to get their products featured, that’s not what I’m referring to. In this case, I’m citing what happened last year at this time when we posted about the haul of more than $15k in donations for the children at University of Iowa Stead Family Children’s Hospital. Amidst digital applause for our efforts, we also received multiple requests from companies offering donations for THIS year’s charity drive. To say we were floored is an understatement. When we attended Origins in June, we were handed our first delivery of games from a designer who had changed the name of his game thus making the packaging inaccurate. We received a couple hand-offs from game designers and publishers who wanted to participate but figured they could save on the shipping charges by giving us the products during the summer conventions. About a month later, I received an email from another client who had various products with UPC issues or other concerns that prevented them from being sold. She said she was ready to ship us about $1500 worth of products as soon as I said the word.

And so it began. We could no longer deny that we were destined for another successful charity drive when people were reaching out to us before we even announced it. Between summer and now, we’ve continued to amass a collection of donations from toy, game, electronics and household companies. As with prior years, we’ve also gone through our own collection of items received at events or through promotions and added those to the drive as well. When we sat down to figure out the value of all the donations we would be dispursing, we were thrilled to see it was in the ballpark of $20,000. Let me say that again… twenty THOUSAND dollars. 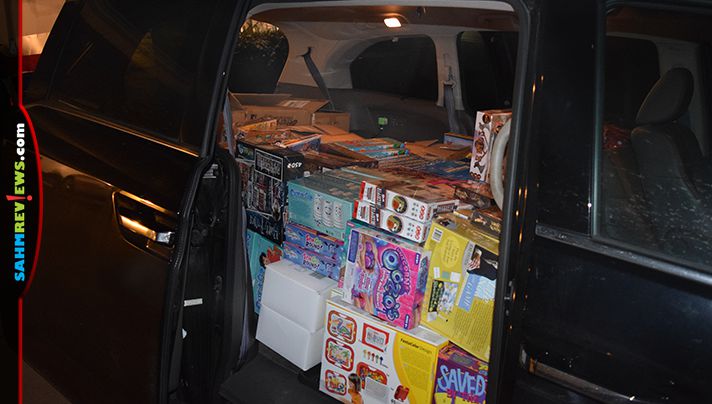 Giddy about the success of the charity drive that ran in conjunction with our holiday gift guides, I was anxious to make this delivery to the children’s hospital and scheduled a time before Thanksgiving to drop it all off.  A friend of ours agreed to help with the delivery, so the night before she was coming over we removed the seats from our van and packed it tightly. Last year we had the vehicles so overfilled that we had limited visibility while driving. It was a good problem to have in terms of the donation, but I didn’t want to make the same mistake this year. It wasn’t setting a good example for our teen drivers! This time we did some strategic packing to keep us all safe and not have the need to utilize a third vehicle!

The result was that we successfully delivered two full vehicles full of goodies again. Our friend even had her miniature helper along and he was so excited to bring toys to the kids at the hospital that he insisted on wearing his Santa hat to bed the night before. 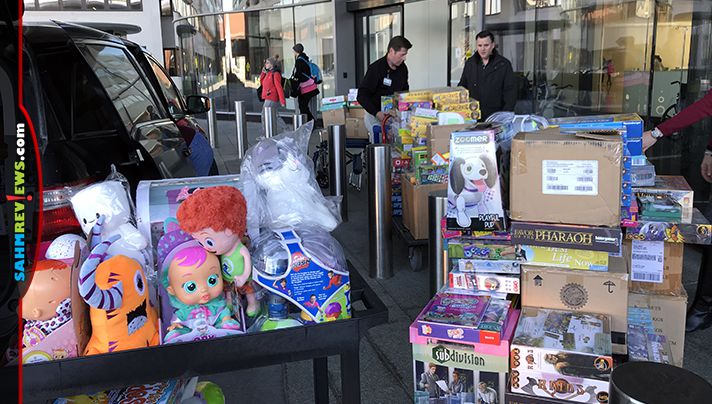 When we arrived at the hospital, we used every cart they had available and used the lobby wheelchairs for the overflow. We knew there was a lot of stuff crammed into these vehicles but running out of carts to carry it all inside really put into perspective just how much we had. It is a delight knowing we’re bringing joy to these families.

We spent some time talking to the concierge and learned that everything we delivered last year found a new home rather quickly and these would have the same fate. As we explained previously, these aren’t only for patients but also for the siblings and family members who are tasked with spending their holidays at the hospital. 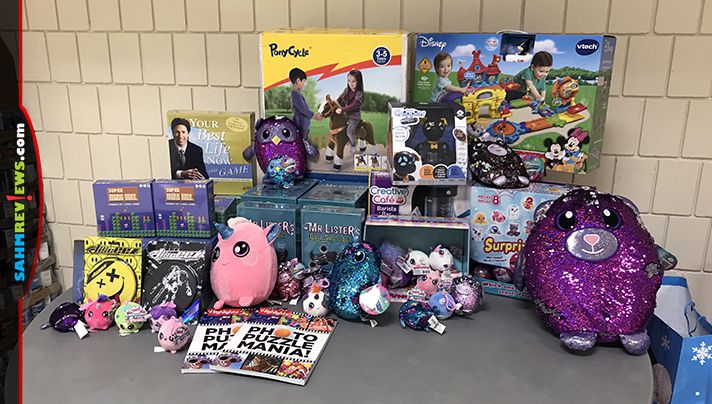 However, not everything can be accepted by the hospital so we made additional deliveries to support local angel tree programs. We delivered a riding toy along with some items that didn’t make it in time for our delivery to the hospital. Between this delivery, the one to the hospital plus a couple other small donations, we know we’re making a positive difference for many people this holiday season.

There are many items that we have won, received for promotions or been given as thank you gifts for assisting a brand with their marketing efforts. As a mom, I think what brings me the most joy is when my girls look at those items and say “I really like this and would enjoy it, but I think there’s a kid somewhere that would enjoy it more.”

People find blessings in their own ways. Being able to give to others through this charity drive is one of ours.

On This Day We Reflect