Here we are, at the last in the E•G•G Series of games by Eagle Gryphon Games. Well, last by our accounts. We grabbed the 11-game bundle of games, but as we were talking about them this year, plans for two more in the series have arisen. More about those in a minute.

Elevenses for One is the 11th in the set and is completely different than any of the previous titles. So far many have been card games, a lot of them trick-taking. A dice game was thrown into the mix as well, but all of them were for multiple players. As the title suggests, Elevenses for One is a solitaire game. And a tiny one at that. 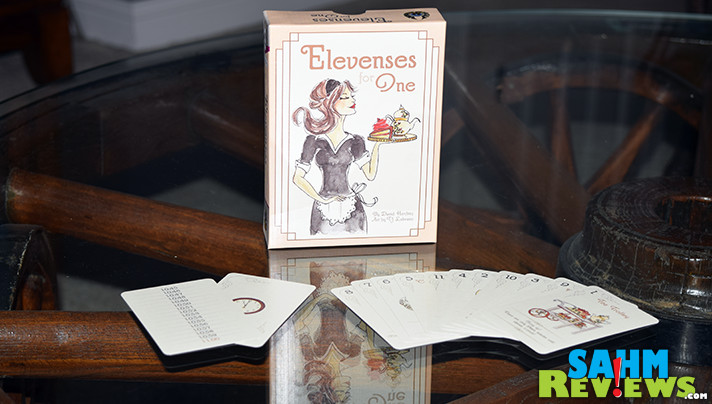 The entire game consists of only eleven cards and two “time slider” cards to help you keep track of “rounds”. You take on the role of a servant who must load their tea trolley before the clock strikes 11. To do so you must place all of the cards in your pantry onto the trolley in ascending order! Not as easy as it sounds. 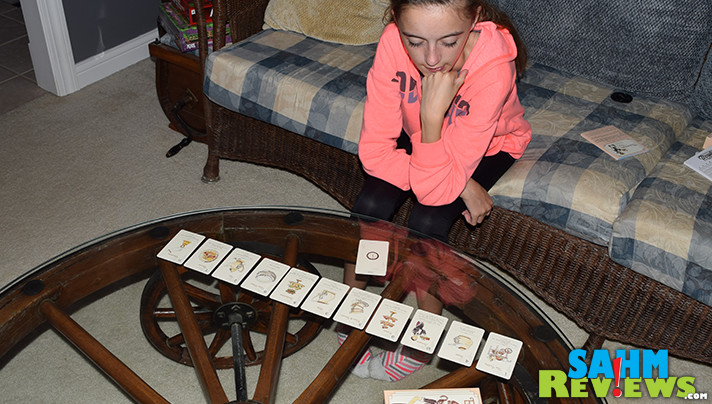 Shuffle and deal out all the cards face-up in a line. This represents the “pantry”. You may choose to take any single face-up card from the pantry and move it to the front of the line. If you do, move the time slider down one space (one minute).

Looking at the first face-up card in the pantry, you can choose one of three options: 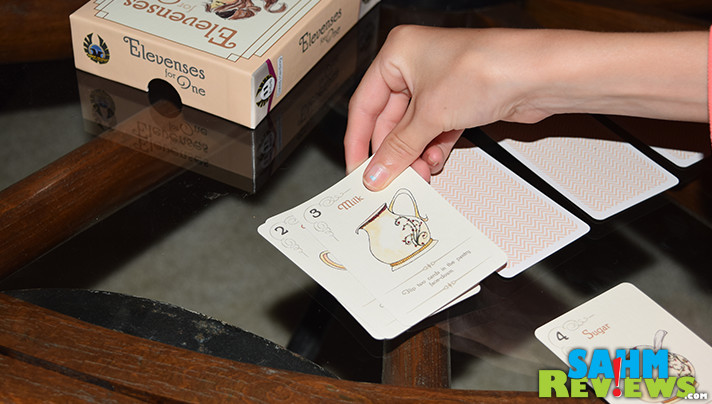 Score the Card – If the card has the next number needed to add to the trolley, place it on top of that pile and perform the action listed on the card. If the card was #11 (the last card of the series), then you win the game! If not, lose a minute.

Use the Card – Simply perform the action on the card and then turn it face-down and lose one minute on your time slider. Unless it was card #10, then nothing is lost.

Discard the Card – As long as there are less than three cards in the discard pile, you may choose to discard the active card without performing its action, nor losing any time. 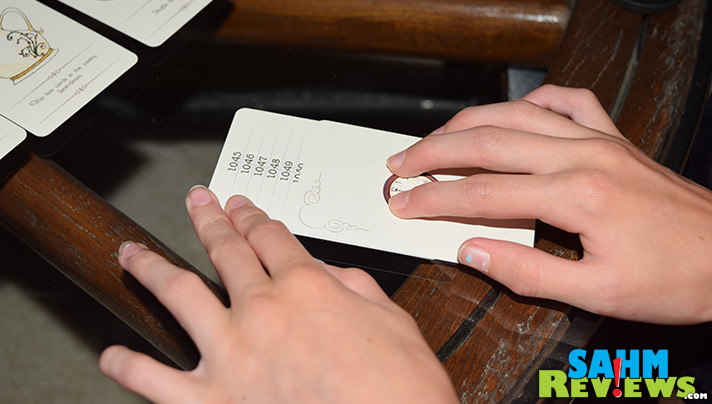 After resolving the active card, look at the next card in the pantry and repeat the above options. Even though it sounds simple, winning a round of Elevenses for One is quite difficult. Performing the card actions will force you to flip over cards, move the pantry cards order around or even reshuffle and re-deal all remaining cards!

If you eventually manage to get card #11 onto the tea trolley, then you’ve officially won a game of Elevenses for one!

Feeling a little guilty about only including thirteen total cards in the box, Eagle Gryphon Games decided to include a second, completely different game inside the same package. Also for one player, Sid Sackson’s Bowling Solitaire uses 20 cards numbered 0-9 twice and a custom score pad to simulate an entire 10-frame game of bowling. You’ll be competing against yourself, trying to beat your high score each time you play. 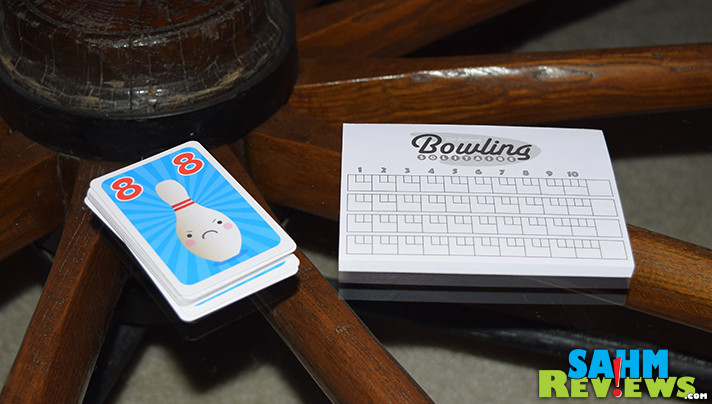 We’ve covered a number of dice-themed bowling games in our Thrift Treasure series, but Bowling Solitaire is nothing like those. It’s an interesting game of matching cards, and counts on a lot of luck to score high. A nice bonus to include, although I expect I’ll get much more life out of Elevenses for One. 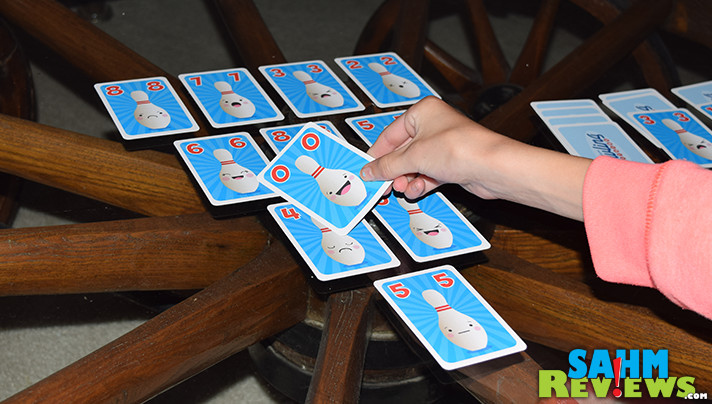 Just like all previous E•G•G Series games, your copy of Elevenses for One can be found on Amazon for around $15. Because we’re following Eagle Gryphon Games on both Facebook and Twitter, we were happy to learn about the twelfth in the series, Can’t Stop Express. As it turns out, the thirteenth has also been announced, Chimera & More! If we are able to get our hands on copies of these two, we’ll certainly let you know what they’re all about!

How often do you get to play a good game of solitaire?

5 thoughts on “EGG Series #11: Elevenses for One Solitaire”