For the better part of my middle school years our family lived in West Germany. Dad was stationed in Worms and we lived close by in a little town named Hofheim. Ours was a different experience than most Americans since we didn’t live on base. Dad wasn’t military, but still government-employed. So U.S. taxpayers got to foot the bill for us to rent a house “on the economy”, as it was called. This meant German neighbors and free-roam of the area.

Whether close to home or while traveling the countryside, one of our favorite things to do was visit old castles. Germany is full of them, some open as tourist attractions with a full museum inside, others abandoned and left to ruin. No matter the circumstance, we always wondered what it would be like to have lived in one. The construction amazed us, with many walls looking like they’ll be there long past the survival of the human race.

One of my wife’s favorite games is also castle-themed. Castles of Mad King Ludwig not only hits the game table on a regular basis, she can also be found enjoying the newly-released app by the same name. We have to carefully select who we decide to introduce it to since the scoring and overall complexity will scare those who have never tried a modern board game. Fortunately we discovered another brand new castle-themed game last weekend while attending the Origins Game Fair in Columbus, OH – Castles of Caladale! 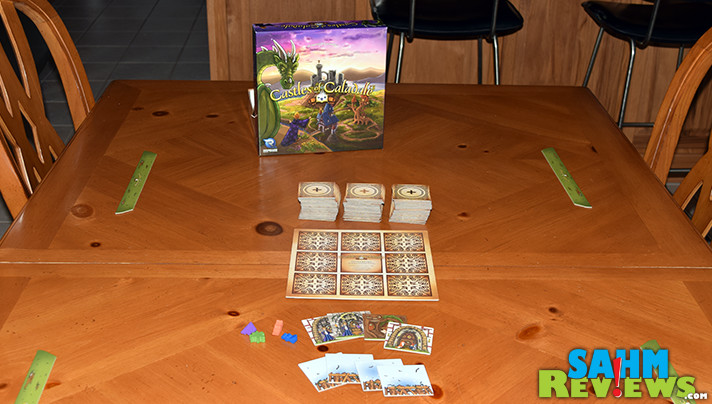 This Renegade Game Studios title is fresh off the presses for 2017 and gives us a more entry-level pattern-matching game to play with our neighbors and other non-gamer friends. In Castles of Caladale you are still constructing your own castle, but instead of worrying about room types and doorways you only have to pay attention to the outside facade of your building.

At the beginning of the game, each player receives a cardboard Grass Strip along with a Wild Tile, Gate Tile and their matching character figure. The remaining 54 tiles are shuffled and set into three draw stacks. The supply board is populated with nine tiles, all turned face-up. That’s all there is to the setup and you’re up and running! 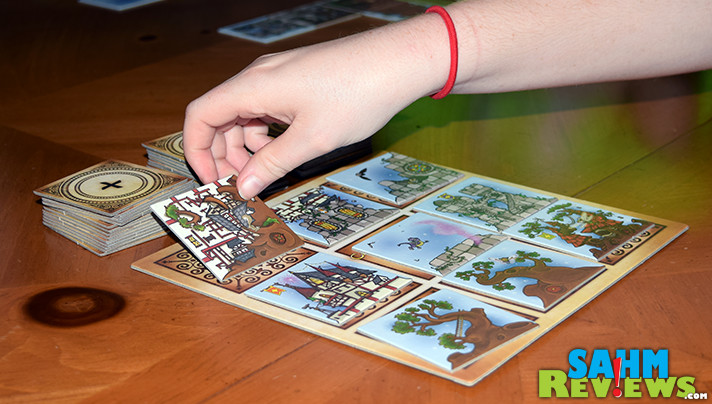 Each player is building their own castle by selecting one tile from the supply board (or drawing a random one from the draw piles). Unlike other building games, in Castles of Caladale you can place your tile on your castle and then rearrange the tiles at any time. Their positioning is not locked in place, but you do have to follow a couple simple construction rules. 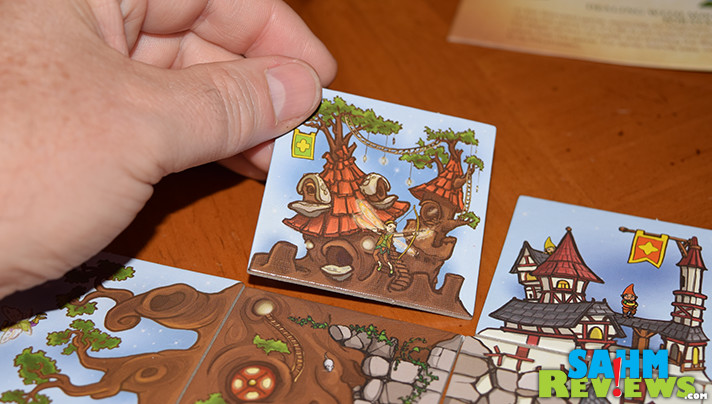 All tiles may be placed in any orientation, unless a Gate or a Tower Top. Gates must rest on the Grass Strip, while Tower Tops must be at the top (duh). When placing a tile, adjacent sides must match in design style and tiles with sky on them cannot touch the ground unsupported. 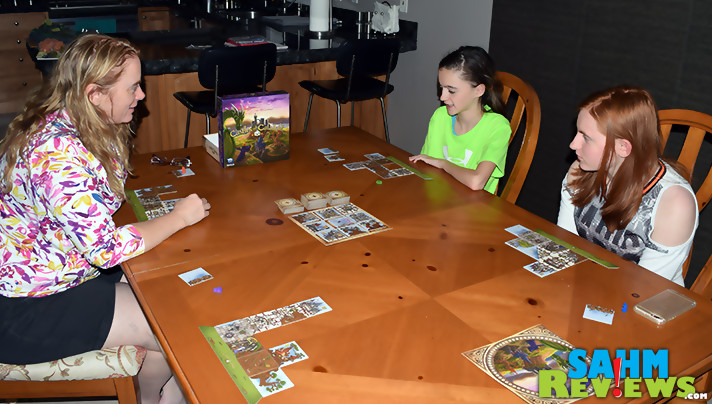 Your ultimate goal over several turns is to collect the right tiles that allows you to build a completed castle with no exposed sides. An included wild tile allows you to cap off one side, but costs you a victory point at the end of the game for using it (unfinished sides penalize you two points). If at any time you pick up a tile that you feel you cannot utilize, you may flip it over and count it as a point at the end of the game. You must make this decision when you obtain the tile, and once flipped, it cannot be turned back over.

Once all tiles have been collected and everyone is happy with the configuration of their castle, final scoring is tallied. Two points are awarded for each tile used in the castle, and a bonus of two more if your castle is complete. Tower Tops award an extra point each, and flipped tiles gain the one point mentioned earlier. Don’t forget to take a deduction for exposed edges and using the Wild Tile. 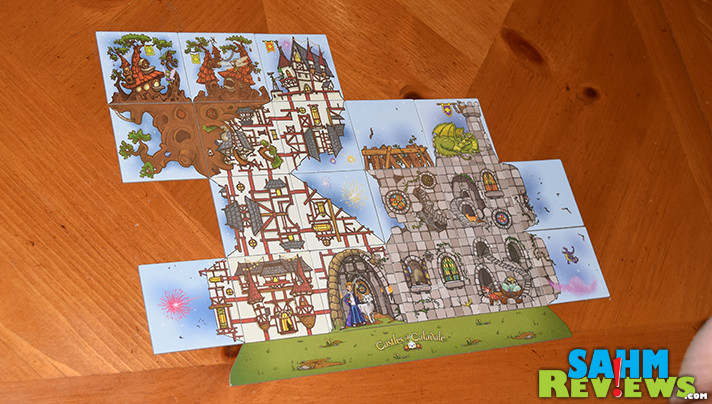 The back side of the Supply Board contains a handy scoring track that prevents the need of grabbing a pencil and paper. Move each person’s character figure along the track as their points are tallied, and the person with the highest score wins Castles of Caladale! 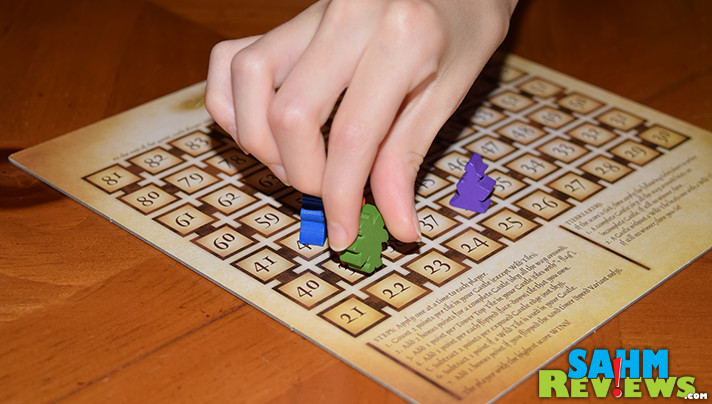 You can figure on around 30 minutes for this up-to-4-player game, and although the box claims it is for ages 8+, what 6yr-old doesn’t like building things?! Fantastically priced at under $25 shipped on Amazon, for now Castles of Caladale will be our go-to tile building game for new gamers. With the quick setup and the ability to change your castle around as needed, it isn’t near as punishing as other hobby games that make you stick with your prior decisions.

We saw a number of VERY exciting things from Renegade Game Studios at Origins, so make sure you’re following them on Facebook and Twitter. I know they have a couple more titles that will make their debuts at Gen Con this year, so keep reading here to find out exactly which ones!

9 thoughts on “Castles of Caladale Board Game Overview”