If you’re anything like us, when your kids start getting older you have tough decisions to make. No, I’m not talking about college plans or at what age to get them a cellphone. I’m referring to what to do with the toys they no longer play with. You and other family members spent a lot of money on Lego, K’Nex and other similar building sets, some of which only were assembled once. 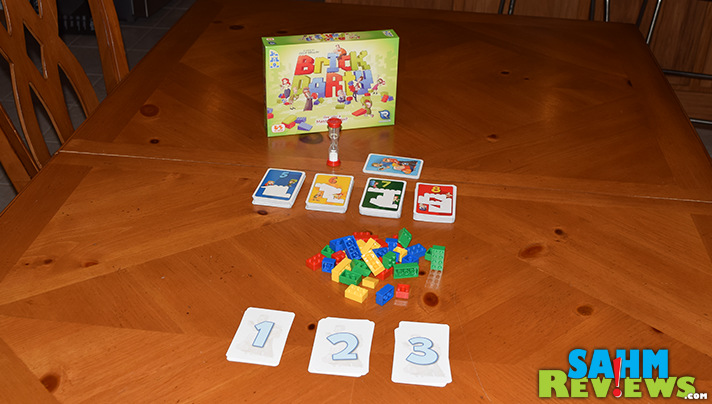 Donating to Goodwill or selling on Craigslist are options. But we recently found a new game by Renegade Game Studios that convinced us to save those brick sets so we would not only have replacement pieces, we could possible make our own upgrades and expansions – Brick Party. 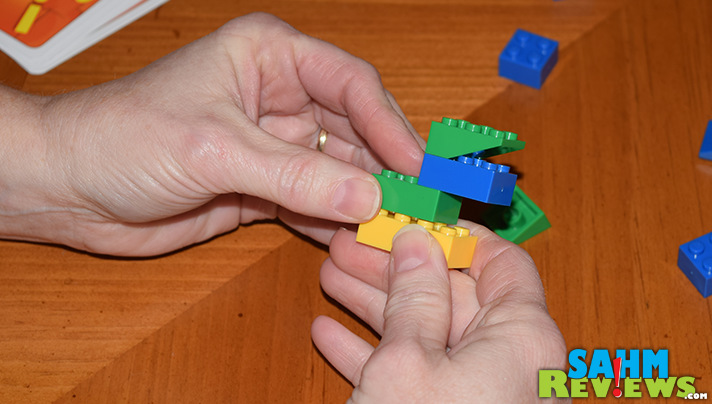 At it’s heart, Brick Party is a wonderful variation on the tangram puzzles we all enjoyed as kids. You remember those – you would be given a pile of shapes and had to arrange them into a picture of a boat, chicken or anything else. Add in some special rules, teams of two and the aforementioned plastic bricks and you have your next party game! 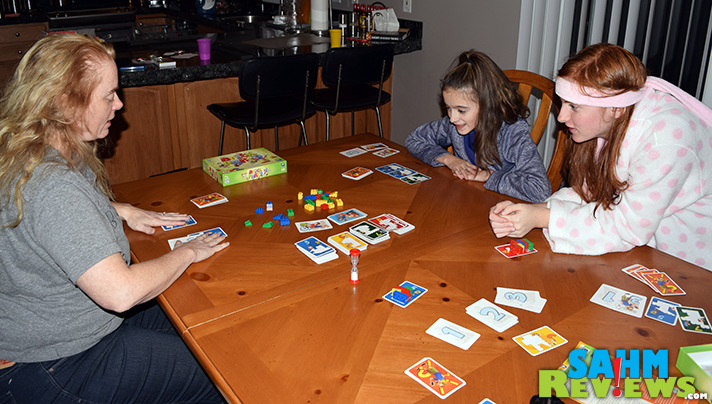 Working as a team, one person must explain how to build the structure while the other person is tasked with actually creating it. Brick party is unique in that the teams are not ‘set’. Each round a playground-style drafting occurs, so whomever is your partner this round might be your opponent during the next. Once the teams are established, the sand timer is turned over and the teammates must agree on who will be the builder and who will function as the architect giving directions. This architect must also select one of the Shape Cards dealt to them at the beginning of the game (the builder doesn’t see this card). 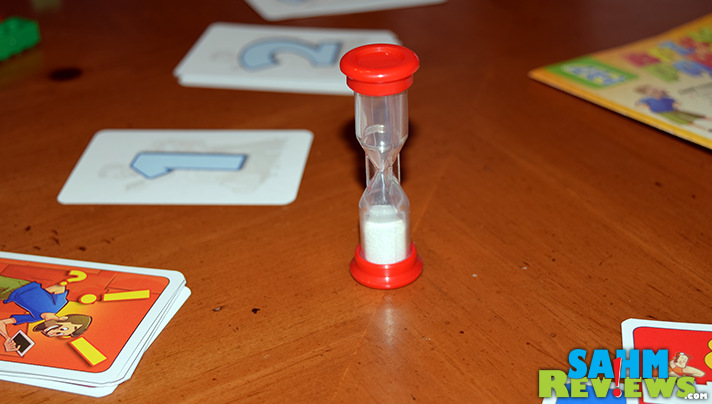 When the sand timer runs out, the actual play begins the race to construct the shape on the teams’ card. When one team thinks they have completed their structure, they turn the sand timer over again, giving the other teams 30 seconds to finish theirs. Everyone then reveals their Shape Cards and the builders place their structures on the cards to see if it is correct. If so, the team is awarded the number of points shows on the card. If not, well…that’s a big fat zero. 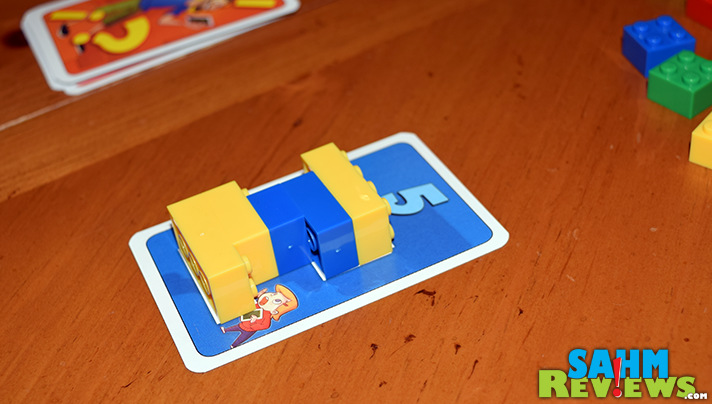 So what makes Brick Party better than just a tangram race with Legos? Besides the unique team-drafting aspect, there are Rule Cards in play. At the beginning of each round a Rule Card is drawn and sets special criteria that must be adhered to for that round and award extra points to the fastest team. Not following the Rule Card not only prevents you from winning the bonus points, it also invalidates the entire structure! Again…fat zero. 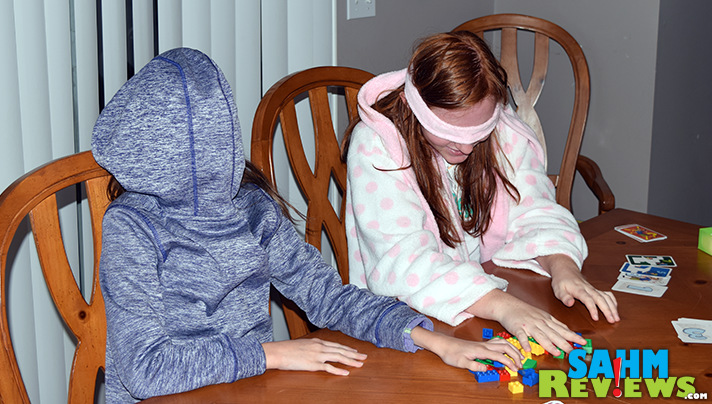 Some of these Rule Cards are easy to follow. One requires you to use at least one brick of each color (there are four colors). Another forces you use your opposite hand to build. These obviously fall into the ‘easy’ category and are worth no more than 2 points each. But can you build while blindfolded? Or as the architect could you direct the builder using only yes or no answers? Those rules will award you an additional three points! 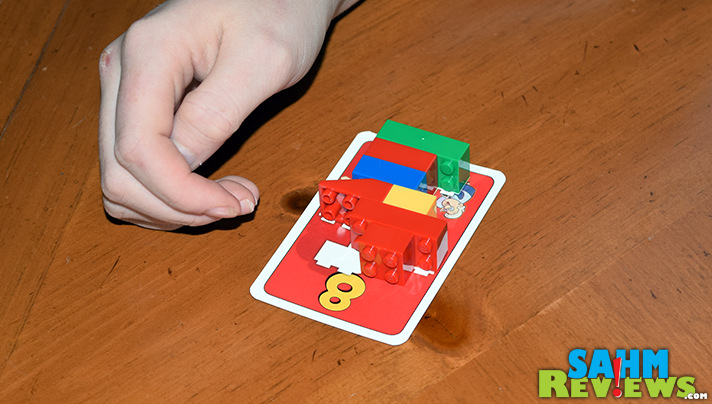 Once everyone has had an opportunity of being the leader (1st player), the game ends and the person with the highest total wins! Supporting up to nine players and lasting less than 30 minutes, Brick Party looks to be a perfect filler game or for your next family gathering. Even though you’re using a 3D item (bricks), all of the puzzles are technically 2D, making it very appropriate for kids as young as 4 or 5.  Although we would love to see a variation using Shape Cards that required a true 3D structure. Maybe it’s an expansion in the works?!

Find your copy of this award-winning game on Amazon for under $25 shipped or at your local hobby game store. Renegade Game Studios’ Twitter and Facebook feeds are certainly worth following if you like winning new games and being informed on brand new issues. We hear rumblings of exciting things in store for 2017!

What do you typically do with your kids’ old construction bricks?

8 thoughts on “There’s No Party Like a Brick Party”