We usually have good luck finding games at our local Goodwill stores. And if we’re lucky enough, they haven’t overpriced them. We’ve gotten good at discovering which thrift stores price fairly and which are trying to gouge the market. The Savers chain in the Chicagoland area is hit or miss, while our local Salvation Army has good prices but doesn’t have a good method of displaying board games. Inevitably those are damaged or have missing pieces.

Recently we stopped by a for-profit consignment thrift store in Iowa City called Stuff Etc. We have one locally also, but their games are always priced at near retail so we no longer bother checking them out. Just 45 minutes away, this one had a huge game & puzzle aisle and quite a few titles we had never seen before. And they were nearly all priced at $2 or under! You’ll see a few of our findings in upcoming Thrift Treasure articles and this week is the first: Chinese Chess by Gabriel. 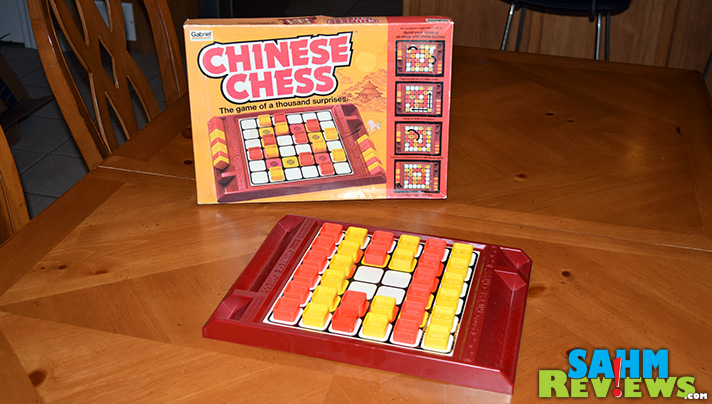 When most people think of Chinese Chess, they imagine Xiangqi, one of the most popular board games in China. That is not what this version by Gabriel is. Issued once in 1981 in the US and Great Britain, this copy has a unique mechanic that I’ve not seen in other abstracts in my collection. 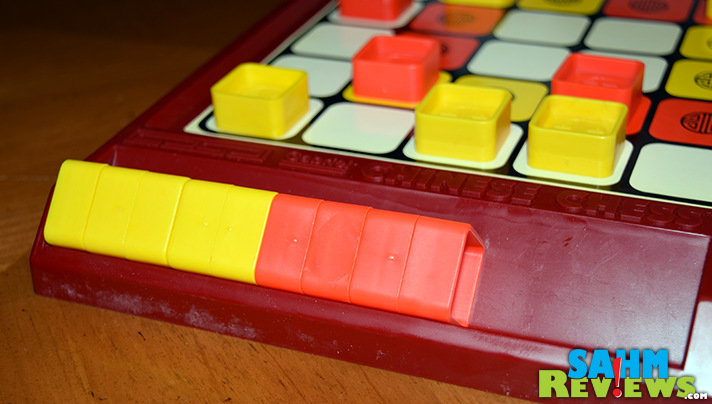 The object is pretty straightforward – be the first to capture 13 pieces. But…you can capture any color? How is this possible? You and your opponent do NOT play a particular color. You each play your own style! 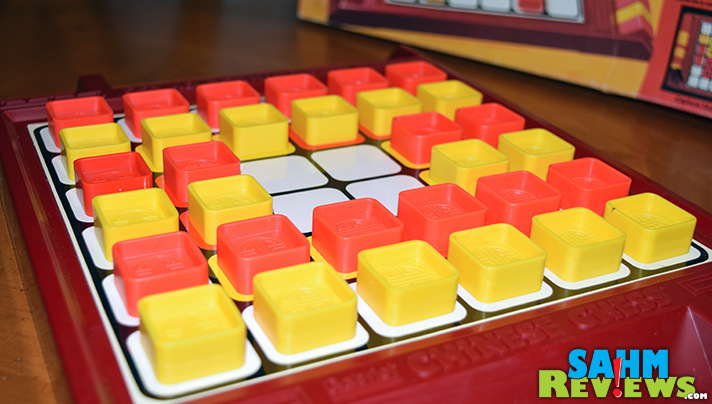 What does this mean? At the beginning of the game, the board is populated with rows of identical colors in all spaces except for the middle four. Then the players decide on who will be allowed to jump like colors and who must capture opposites. 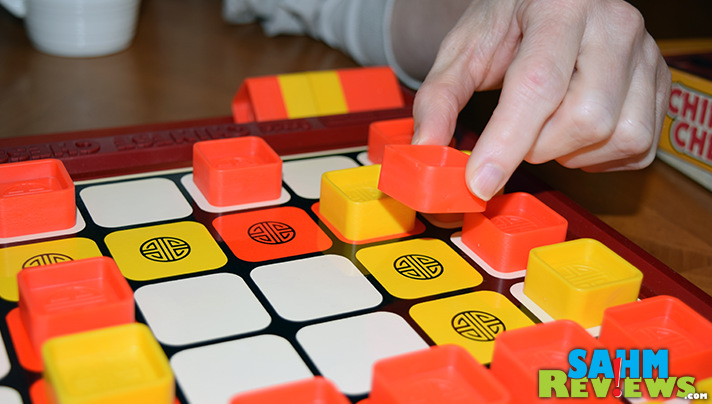 There is a ring of colored spaces in the center of the board. If you land on one of these at the end of your turn, you get to go again, provided that they also match your movement style. The ‘like’ player must land on a matching color, while the ‘opposite’ player must finish on the color opposite of what they are moving in order to trigger the bonus turn. 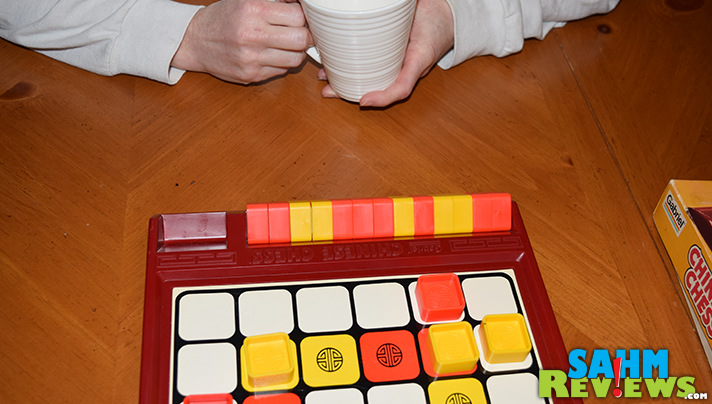 Once a player captures a 13th piece, the game ends immediately. Multiple jumps are allowed as long as they all match your capture criteria. If you have no jumps, you may slide a piece in any direction (except diagonal) to position it for a later turn. The sliding piece may not change direction or move over another piece, but also does not have to slide the entire distance.

Chinese Chess includes a plastic playing board which doubles as a storage area for all of the playing pieces. You won’t find this new on Amazon, but can find copies on eBay for under $15! Not a bad price for a unique abstract game from the 80’s!