It’s odd how we find games to play and/or purchase. Many times there’s something new that a publisher wants our help to get the word out. Other times we receive them as gifts from friends and family. Or maybe we found something on sale that was too good to pass on. This week’s Thrift Treasure find came to our attention in another way – through our weekly game night. 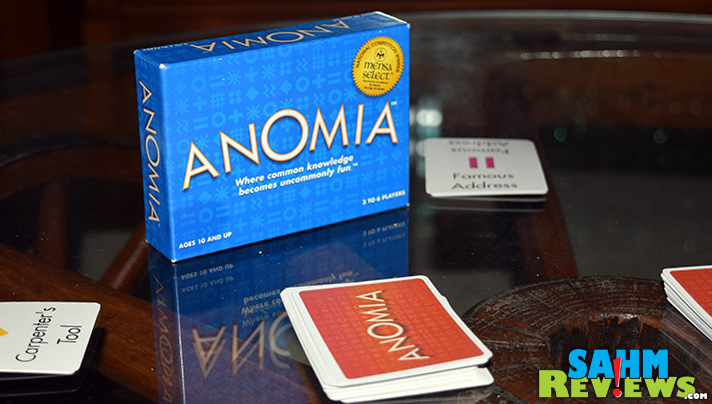 A few weeks ago our daughters got to play Anomia by Everest Toys that someone had brought with them to our game gathering. I didn’t get to see it played, but on the ride home both girls were raving about how much fun it was and it was their new favorite card game. It must’ve been karma when I ran across a copy at Goodwill a week or so later for only 88 cents. It was then I noticed the Mensa Select Award notice printed on the box top. No wonder they liked it! 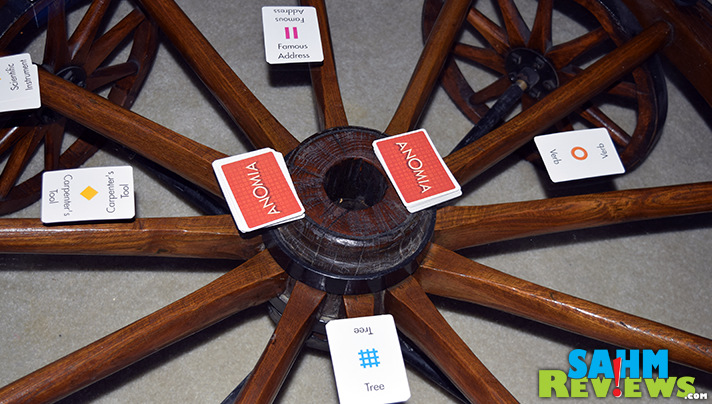 Anomia comes with two different-colored decks of 92 cards, each to be used independently. On each card is one of eight symbols and a subject (person, place or thing). 3-6 players take turns drawing a card and placing it on a stack in front of them. 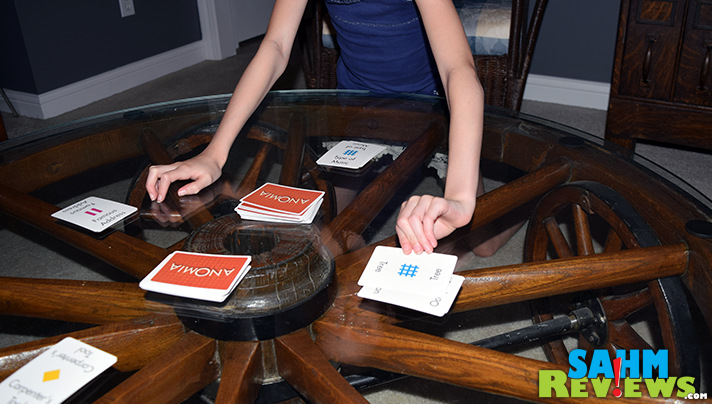 When one of the drawn symbols matches a card already in play, those two players race to provide an answer to the subject listed on the OPPONENT’S card. You may not use an answer that has been previously used this round. The first to do so collects that card, possibly creating another match when the card underneath is revealed. If this happens, another face-off happens immediately between the players with the now-matching cards. Drawing does not continue until all possible face-offs have been resolved. 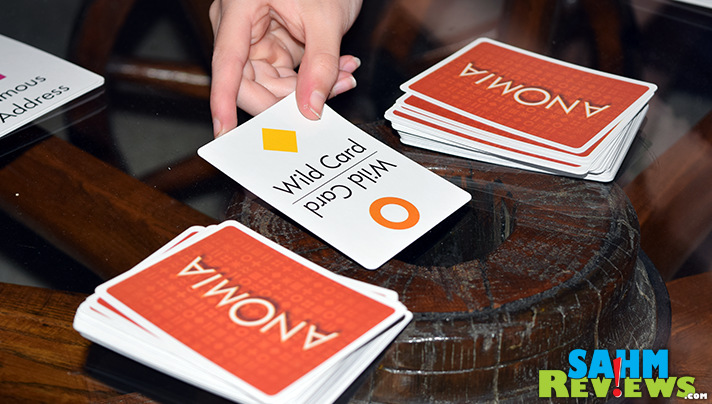 There are a handful of wild cards randomly seeded in the deck, which have two different symbols on them. The wild cards are placed in the middle of the playing area by the draw decks and create another match that must be watched for. 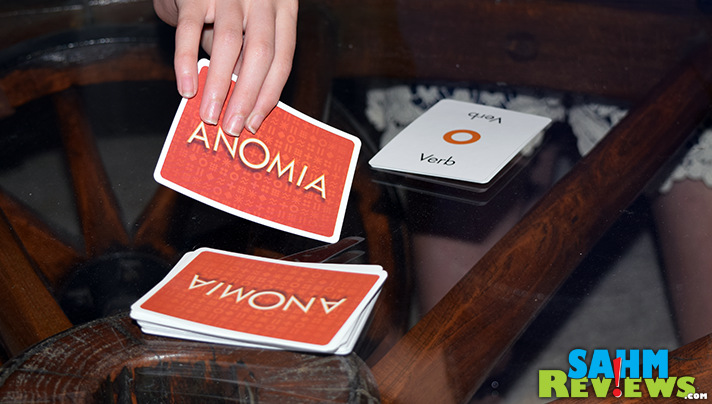 The game ends when the draw piles are depleted and the person with the most cards in their winning pile is declared the winner. Because each game progresses rather quickly and lasts under 30 minutes, it is typical to play multiple rounds using alternating decks (which have different words).

Because the match (face-off) can happen at any time, you must always be paying attention. This isn’t a game where you can take a break after you take your turn – you’re always in play! You can find the base version of Anomia on Amazon for under $16, which includes two different decks and is the one we found at Goodwill. But if I were buying new, I would spring the $23 for the party version which includes six different-colored decks!

It seems Everest Toys has a full line of card and board games on their website. Check it out and maybe you’ll find a new favorite!