Last month I told you that during the trip to Los Angeles for the Captain America screening and interviews we would also be screening a Disney Channel Original movie, Adventures in Babysitting set to be released June 24th. I told you how it was perfect timing since my girls were preparing flyers in preparation for summer babysitting jobs. Now that I’ve screened it, I have decided any babysitter needs to see Adventures in Babysitting so they know what to do and what NOT to do when taking on this kind of commitment!

As promised, I was able to interview Sabrina Carpenter (of Disney Channel’s “Girl Meets World”) as well as Sofia Carson (from the Disney Channel Original Movie “Descendants”). Following a screening of the movie, we posed some interesting questions and received some pretty awesome answers during our exclusive interview. I bet you want to know what we asked and I’m sure you want to hear more about the fantastic cast and the story line.

All the details about our interview and the movie are on my calendar to post about in June. That seems like so far away but it will be here before you know it. I can say this: It’s good and not just a reboot of the original story. It’s updated to reflect the new generation of kids and the conflicts that babysitters might face. This version touches on so many great subjects like responsibility, individualism, friendship and even rebellion. 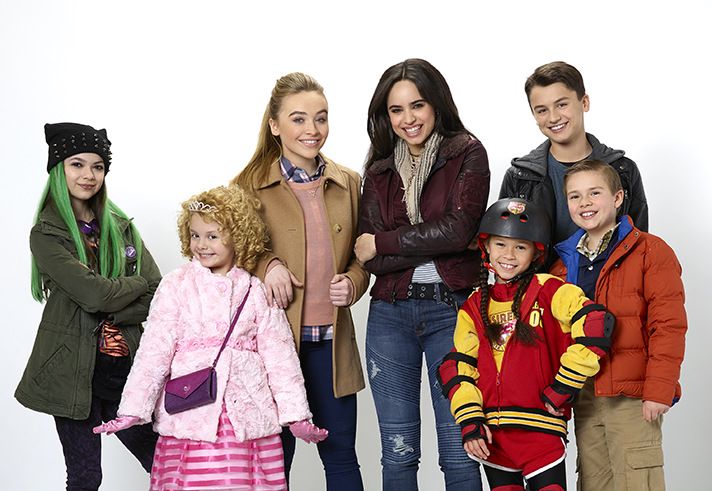 The characters are diverse, artistic, uptight, creative, shy and rebellious. With kids (and an animal) on the loose, a concert, a gala, roller derby and even the police department, it’s interesting for a variety of ages. But that’s about as much as I can share. The rest… you’ll have to wait for my post in June! I’m here today to encourage you to check out the Disney Channel social media channels where they are sharing new scoop on the upcoming movie!